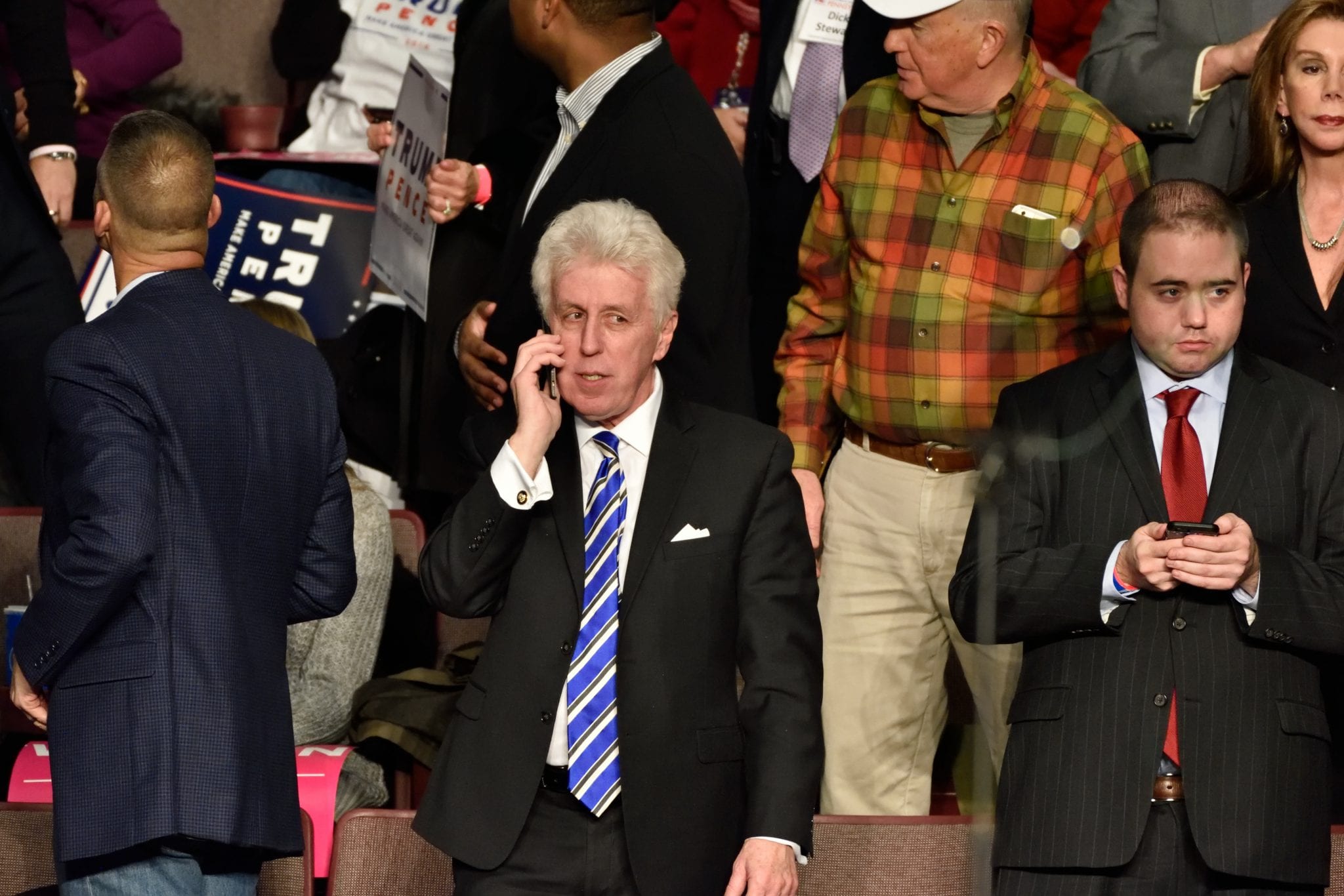 Jeff Lord has finally finished the book that loyal Spectatorians have been waiting for ever since he was abruptly fired from his job at CNN. Its title is Swamp Wars: Donald Trump and The New American Populism vs. The Old Order. It is a boffo performance.

Jeff always sat on CNN panels composed of 40 to 50 commentators of which he was usually the sole pro-Trump voice. Nonetheless Spectatorians watched attentively because even if Jeff got only a fraction of the time allotted to the panel’s anti-Trump majority, they knew they could count on Jeff to say something amusing or at least give them the benefit of his smile. It was always such a refreshing contrast to the 50 other grumps on the panel.

His presence has been missed. CNN’s audience continues to dwindle. In fact, his toothsome grin and silver mane were in themselves unique to cable TV, to say nothing of his erudition and affinity for getting his facts right. He actually quoted from books and magazines. It was only a matter of time before CNN’s president Jeff Zucker had to let him go.

Of course, CNN has long been losing its audience, and it is only a matter of time before Mr. Zucker will appear on the CNN screen alone. The huge panels will be gone because the advertising budget cannot support them. Even Anderson Cooper will be gone and Wolf Blitzer or is his name Blitz Wolfer? It has been a while since I watched Wolf or Blitz or whatever his name might be. Since Jeff Lord was defenestrated I, as with so many Spectatorians, have quit watching anything but Fox News. And it is not only Spectatorians who have been leaving the CNN audience. Ordinary Americans are departing CNN too, probably for the pet lovers channel or the botany channel. Zucker did it to himself.

Jeff has written a trenchant critique of the Old Order, how it works, and how its days are numbered. He also elucidates how Donald Trump works. Swamp Wars: Donald Trump and The New American Populism vs. The Old Order is a very well-informed book written by one of America’s brightest and most informed political commentators. No wonder Zucker was always in the dark about him.