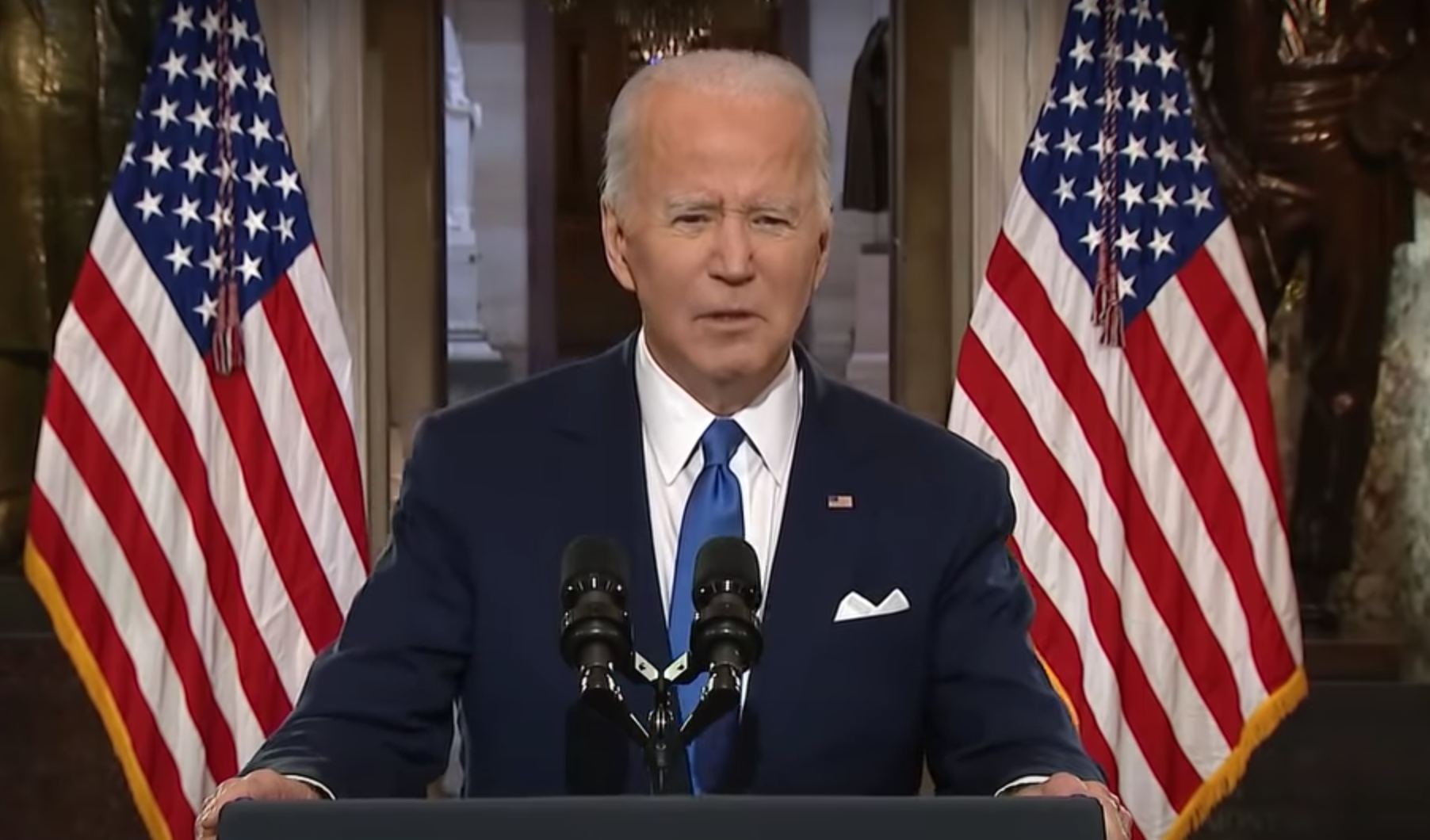 It was hardly a surprise that the Democrats shamelessly exploited the first anniversary of last January’s Capitol riot to resuscitate their stalled political agenda. Nor was it difficult to predict that various news outlets would attempt to bolster their sagging ratings with sensationalized coverage of the mayhem that occurred that afternoon. Nonetheless, the mendacity that permeated the speeches of the politicians and the coverage of the media was truly startling even by Beltway standards. It is impossible to debunk every lie that was told yesterday in a single article, but here are the most egregious falsehoods:

President Joe Biden repeated this nonsense shortly after 9 a.m. yesterday during his remarks about the riot: “This wasn’t a group of tourists. This was an armed insurrection.” This characterization conjures up images of machine gun-wielding commandos bursting into the Capitol building and announcing the overthrow of the republic. The irony of this whopper is that dozens of video recordings reveal a group of people who actually did behave more like tourists than wild-eyed revolutionaries. They were “armed” with cell phones which they used to take selfies, and not a single protester has been charged with insurrection or treason.

Biden also leveled this preposterous charge at his predecessor during his Thursday morning remarks, saying the former president had “rallied the mob to attack.” In reality, Trump explicitly told his supporters at his Jan. 6 rally to “peacefully and patriotically make your voices heard.” These are not the words of a man attempting to incite a riot or overthrow the government. Yet this inconvenient fact did not stop NBC from printing the following on its news site: “President Donald Trump incited a mob to storm the Capitol.” Nor did it prevent Rep. Liz Cheney (R-Wyo.) from telling Fox News, “The president incited the mob.”

The basis of this claim is sheer hypocrisy. Congress has the final word on all presidential elections in a quadrennial joint session to certify the Electoral College results submitted by the states. In 2016, half a dozen Democrats objected to the results of the presidential election — including Rep. Jamie Raskin (D-Md.) who serves on the House Select Committee investigating the Jan. 6 “insurrection.” When some GOP lawmakers objected to the results in 2020, however, the Democrats accused them of attempting to subvert the presidential election and the media tossed around words like “sedition.” Can anyone here spot the double standard?

Lie # 4: The Jan. 6 “insurrection” resulted in the deaths of five people.

One person died inside the Capitol on Jan. 6, 2021 — Air Force veteran Ashli Babbitt. Despite being unarmed and presenting no physical threat to anyone, she was shot dead by Capitol Police Lt. Michael Byrd. Fake news reports claimed that Capitol Police Officer Brian Sicknick was killed by rioters wielding a fire extinguisher. However, as George Parry reported at The American Spectator, Sicknick died on Jan. 7 of a stroke. The medical examiner found no evidence of physical trauma. Kevin Greeson, Benjamin Phillips, and Roseanne Boyland were all protesters who died outside of the Capitol building pursuant to ongoing health issues.

Lie # 5: Jan. 6 was the worst attack on our democracy since the Civil War.

This absurd claim was made by Biden last spring, and he echoed it in his remarks Thursday. A similarly ridiculous claim was made by Vice President Kamala Harris: “Certain dates echo throughout history, including dates that instantly remind all who have lived through them … Dates that occupy not only a place on our calendars, but a place in our collective memory: December 7th, 1941. September 11th, 2001. And January 6th, 2021.” So, a riot at the Capitol in which no government employees were killed is the equivalent to the Japanese attack that killed 2,403 sailors and soldiers and the 9/11 attack that killed 2,996 Americans? Really?

Lie # 6: The Jan. 6 “insurrection” was the worst ever attack on Congress.

In March of 1954, Puerto Rican terrorists — Lolita Lebrón, Irvin Flores Rodríguez, Rafael Cancel Miranda, and Andres Figueroa Cordero — launched an armed attack from the gallery of the House of Representatives. Five congressmen — Republicans Alvin Bentley and Ben Jensen, and Democrats Clifford Davis, George Hyde Fallon, and Kenneth Roberts — were injured by gunfire. All four terrorists were tried, convicted, and sent to prison. Former President Jimmy Carter commuted their sentences at the end of his single incompetent term as president. Moreover, in 1971 and 1983, bombs planted by leftist terrorists exploded in Congress but no one was killed.

Lie # 7: Democrats care about Jan. 6, democracy, or anything beyond power.

Thursday’s speeches and transparent posturing were nothing more than politics as usual for the White House and congressional Democrats. They know they won’t survive in 2022 or 2024 unless they can claim the moral high ground and portray the “Trumpist GOP” as the enemy of democracy. Consequently, the third-rate theater we witnessed Thursday shouldn’t have been surprising. The Democrats are desperate and will therefore exploit anything — Jan. 6, COVID-19, global climate change — anything to remain in power. Now they will pivot to “democracy reform” to save us from Emmanuel Goldstein (a.k.a. Donald J. Trump).