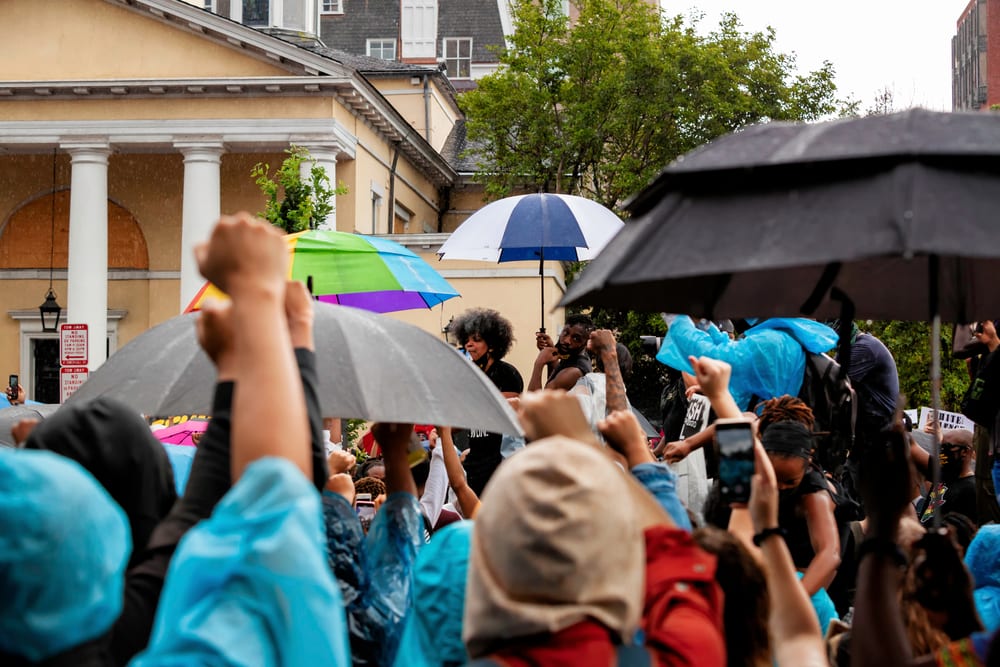 Our summer 2020 print magazine was going to be a reopening issue. Not an end-of-the-world issue. But then right before press time, three months of shutdown (and counting, in too many different places) took on a different coloring. Increasingly during that quarter one had had the sense that this was the way the world ends — with a whimper. A nation that allows itself to soften hastens its own demise. Turns out we had set ourselves up for something a lot more devastating.

By April, out of some sort of panic or entrenched fear, the country had simply stopped functioning. Rather than try to gain some perspective on what had happened and what we were doing to ourselves, certain parts of the country, mainly those under left-wing misrule, devoted all their energies to keeping things shut down, the better to grow their power. It all seemed to come down to wearing masks, indoors, outdoors, in the shower, and probably in the privacy of one’s bedroom as well.

Interestingly, no government agency bothered to check on whether the masks in question worked or even comported with federal standards. But once something becomes a fashion and status symbol, nothing else matters. Just ask Joe Biden — if he’s ever remembered for anything it’ll be the black mask that covered more than half his face on Memorial Day. In the open air. Whose idea was it to muzzle him like that?

Social distancing continues, but in unexpected ways. Rioters, looters, and many, many peaceful protesters totally untroubled about providing cover for such upstanding aggrieved young people have set the new tone. In these circumstances six feet of separation gave way to six (or fewer) inches. And everyone who had brayed for endless shutdown thought the new intimacy was great, the better to shut down everything they abhor about the country they loathe.

Consequently, it’s now imaginable to see their agenda actually succeeding: property undefended, businesses torched, jails emptied, police forces dismantled, elections fixed or simply declared invalid if the results fail to comport to the one acceptable outcome. You think the Electoral College will survive? Or July 4? Or Christmas Day? Free speech, or what’s left of it? Oh, and yes, make way for reparations. The latest round sum bandied about: $14 trillion. Let’s be fair. It’ll probably turn out that that’s just the first round.

There’s a new way of conducting business in the land. A lot of it could be seen in action along not even a half block of 16th Street north of Lafayette Square in Washington, D.C. There was historic St. John’s Episcopal Church, at the corner of H Street. By some miracle a fire set in its basement did not engulf the rest of the church. The local media gave it no meaningful coverage, at least not until President Trump showed up the next day to draw attention to it. For his troubles, he was denounced by the local Episcopal bishop. Charity appears to be in short supply.

Moving past the church one comes across the imposing headquarters of the AFL–CIO. Whoever passed by it the night they tried to burn the church down also defaced Big Labor’s home by spraying a great many obscenities on its doors and windows. Is that any way to treat a Democrat stronghold?

For me at least things now got personal. Many of the same obscenities could also be found sprayed all over the badly defaced monument to Revolutionary War hero Tadeusz Kosciuszko in Lafayette Park. No good deed goes unrewarded. In the U.S. Kosciuszko freed his slaves, just as in what was left of Poland he freed all serfs. Presumably his statue was standing in the wrong place at the wrong time. Or the looters mistook him for a dead American white male.

Things got really personal in my hometown. A protest march brought three thousand mourners to the Santa Barbara Courthouse’s sunken gardens. Organizers weren’t in a gracious mood. When the city’s liberal mayor tried to address the gathering, she was shut down by one of the event’s organizers. “You should have been on TV condemning police brutality and racism,” she was told. When the mayor tried to speak anyway, the organizer this time told her, “When a black woman is speaking, silence.” Our brave new world is going to take some getting used to.

Wlady Pleszczynski
Follow Their Stories:
View More
Wlady Pleszczynski is Executive Editor of The American Spectator.
Most Popular
1
In Print Spring 2022
The Deeply Satisfying Destruction of the Ruling Elite
by Scott McKay