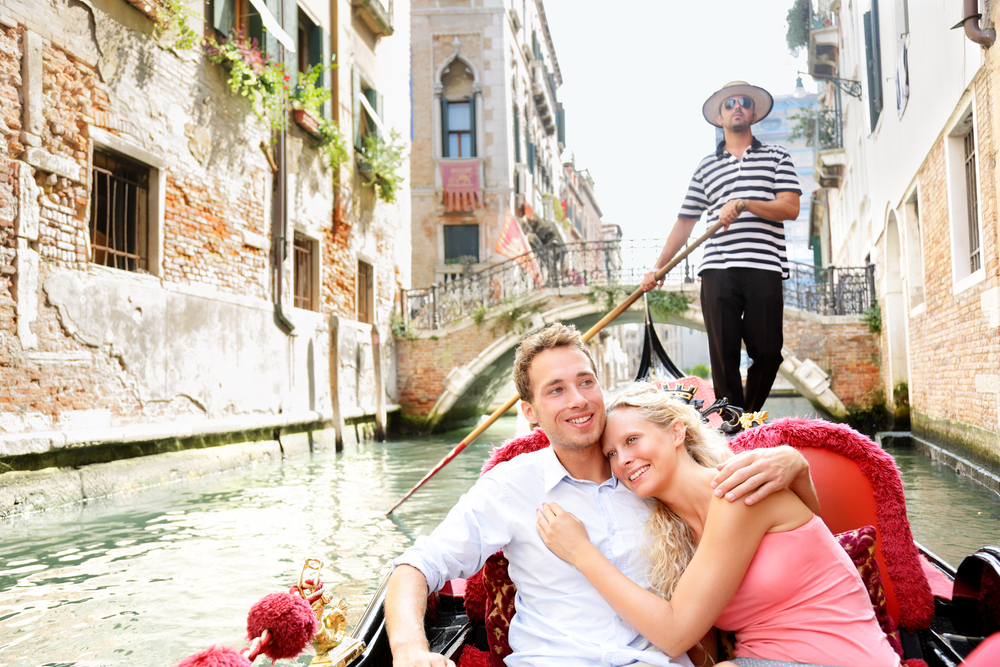 Almost everything is broken in Italy, except the pizzas, which they serve you whole so that you can break them. I find it hard to write about the country responsible for both the boot and Tuscany, because my Mediterranean soul and my passion for stepping onto islands in the middle of the roads prevents me from saying anything bad about Italy. Even those notorious Italians, so badly feared, treated me well. The last month I was there, I even remember a hint of friendliness from a waiter. He might have been flirting with my girlfriend.

It is fundamental for a Christian to travel to Italy. Only by seeing the amount of garbage that accumulates in the streets of Rome is it possible to understand the true consequences of sin on the soul. Then, of course, there is the Vatican, which also plays a role in the whole history of Christianity. But faith, culture, and Tuscan wine cannot be separated.

If we put to one side the standard size of its rats and pickpockets, Venice is the least Italian destination in the whole country. Anyone who has never been to the city of canals has a big hole in their travel diary, and anyone who has been and walked around it at night with their wallet in the back of their pants, has — most certainly — a big hole in their back pocket. You realize it right away, because you get a gust of fresh air and you don’t remember having installed air conditioning back there.

In Venice, I rode in a gondola, and it is perhaps the cheesiest thing I have ever done in my life. In fact, for all eternity I will deny ever having done it. But the truth is that I did, and I rediscovered my faith: you miraculously start to recite childhood prayers that you had all but forgotten as soon as you see the fetid, dark depths of the canals and the handmade GPS that the gondoliers use to avoid crashing in the middle of the night on the sharpest curves: it is a next-gen howl in a secret language that only the gondoliers understand.

This howl bounces off the walls of the houses that surround the canals and the signal reaches the International Space Station and returns at high speed, bouncing back between walls until it reaches the recipient’s device in the form of a wild shriek that pierces eardrums. If only one howl echoes back to the emitter in the gondola, but if two howls are heard, gondola two will give way to gondola one. If the other great voice sounds, it will be the other way around. And if they both sound at the same time, the passage is thrown into the canal, and the carp and rats share the remains of the gondola. It is therefore common to see some rats dressed in blue and white shirts.

It is a beautiful city, full of priceless museums, with wonderful gastronomy. Not in the museums, but in the restaurants. I have only good memories of Florence, except for the queue to enter the Uffizi Gallery. The type of tourist who visits Italian museums is the same one who takes pictures with cooks in Mediterranean beach bars, causing problems for those whom God has not blessed with the gift of patience and neighborly love. Yes, I love my neighbor, but one at a time; when my neighbor piles up and sweats, I hate him.

Every time I think of the queue at the entrance to the museum, in my mind I still see a long line of yellow fanny packs. Those people could have just as easily been sucking the head of a shrimp as they could have been contemplating Botticelli’s Birth of Venus. Actually, looking at their faces, I think they would be just as likely to suck Botticelli’s head and then contemplate the beauty of a shrimp. I guess contemporary art has created the contemporary consumers it deserves. The big question is why they don’t all go to see those conceptual galleries and let the rest of us enjoy in peace and without fanny packs the hypnotic genius of Fra Angelico and the Lippi. (READ MORE from Itxu Díaz: Agritourism Is the Future of the Countryside)

The same old elitism, some will say. Well, yes. My fiery defense of universal access to culture melts like ice in the sun every time I share a queue at the great Italian museums with fanny pack wearers — where will they get them in 2022? — sportswear, and a bag of crisps and ketchup.

Some may be surprised by the presence of Africa on a trip to Italy. It is only because they do not know certain coastal areas of the southern half of Italy. I don’t think I have ever been so hot, so thirsty, and so everything in my life. All this in such an arid environment that it was not possible to differentiate between swimming in the sand and swimming in the sea.

If there is anything typically Tuscan, I mean really Tuscan, it is Tuscany. I have a lifelong love affair with Tuscany, and I am convinced that, if one day I retire, stop writing, and devote myself to tending flowers in the garden of a Tuscan country house, I will go to live in Tuscany. I’m just waiting for a rich widow to take me hostage to pay for the mansion.

To summarize the eternal city in a brief section of a short essay would be a total disrespect to the history of art, literature, religion, gastronomy, soccer, science, and even the history of history. Besides, the world is full of tourist guides for visiting Rome. I have, however, just one warning for those of you who are reluctant to use GPS: not all roads lead to Rome. Guaranteed. I’ve tried it, and because of that I spent a couple of very strange weeks looking for the Roman Forum in Lithuania.

There is a lot of talk about robberies in Italy’s major tourist spots. With good reason, I suppose. But the worst robberies are not at the hands of pickpockets, nor are they big gun-in-hand robberies. No. The worst robberies are inside the so-called “tourist restaurants.” Always be wary of those smiling guys at the door of restaurants trying to convince you to come in, promising you a price you won’t forget in return. Because, indeed, you won’t forget it.

And as a rule: always be wary of a smiling Italian. Chances are he is laughing at you. I love Italy. Even for those things.