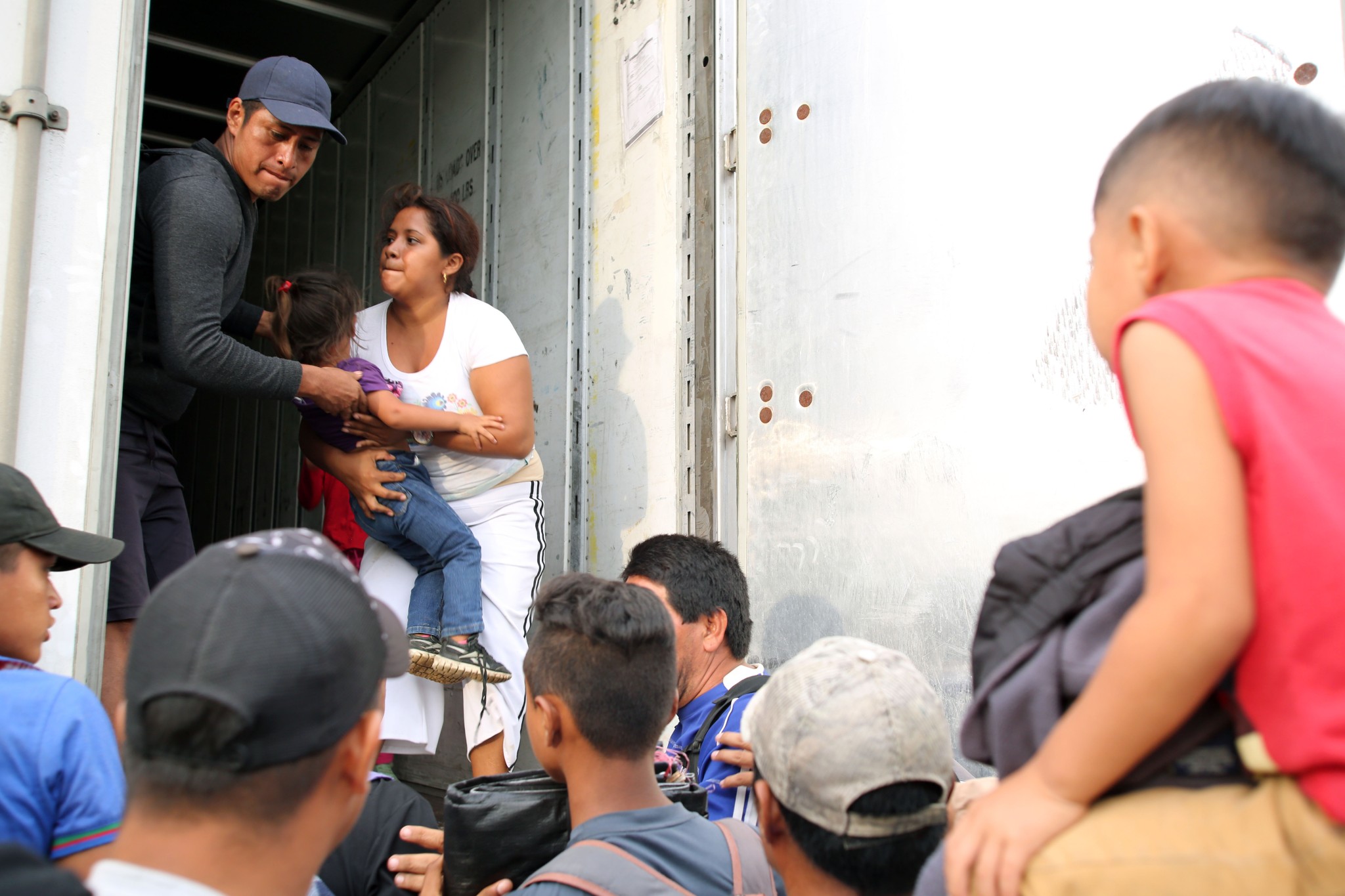 The San Antonio Fire Department discovered at least 50 deceased migrants in an abandoned semi-truck on Monday. The scene was discovered by an office worker who heard cries for help coming from the truck. Sixteen other migrants were rescued from the trailer and treated for heat stroke. Temperatures on Monday reached 103 degrees Fahrenheit, and there was no working air conditioning unit on the trailer and no drinking water available to the migrants.

Four minors were among the 16 survivors, while all 50 victims were adults. The truck was left abandoned next to a railroad track where a local security guard, Edward Reyna, reported that migrants consistently jump from the trains. Of the migrants who have been identified so far, 22 were from Mexico, eight from Guatemala, and two from Honduras. The bodies were covered in steak spices, presumably to conceal the migrants from K-9 units. The truck had also been repainted and disguised to match an existing truck, including the registration.

Three individuals were arrested by local law enforcement in connection with the incident. According to an anonymous Mexican official, one of the suspects was an American citizen.

Trucking, particularly through San Antonio, has been a consistent avenue of entry for human smugglers and their cargo. The truck was found near I-35, which connects San Antonio to the Mexican border. Many smugglers are members of Mexican drug cartels who care little about the safety of those they bring into the country.

These migrants represent part of a record number of migrants crossing America’s southern border. There were 239,000 illegal aliens detained in May 2022 alone after attempting to enter the country. Texas Gov. Greg Abbott blamed President Joe Biden for the incident, declaring it to have resulted from “his deadly open border policies.”