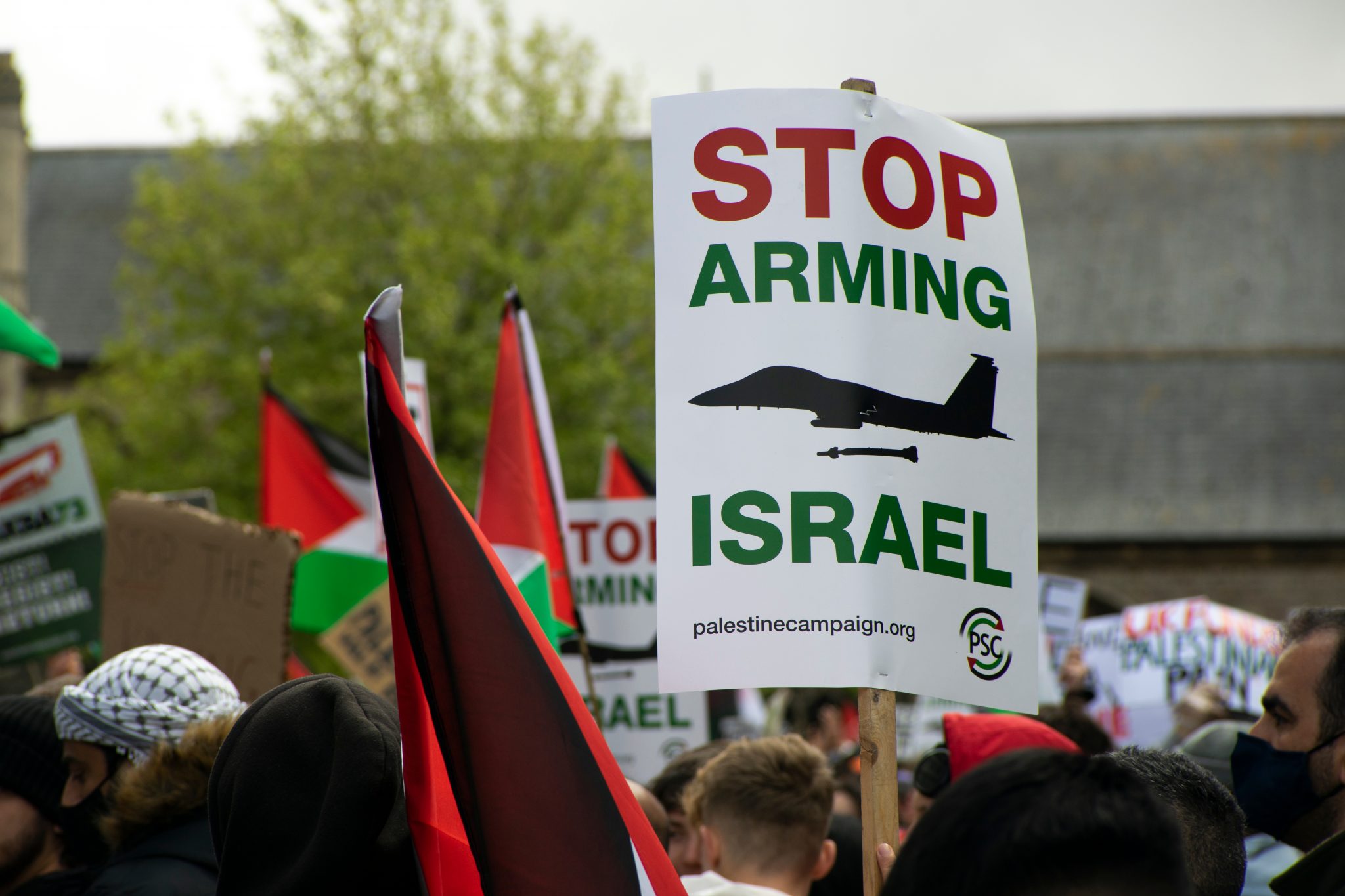 The brief war between Hamas terrorists in the Gaza Strip and Israel is now under an Egyptian-brokered ceasefire agreement that will last as long as it takes for Hamas to rearm. While that war went on, as well as in its aftermath in the United States, there has been a resurgence of the world’s oldest hatred, anti-Semitism, evidenced by a reported 200 incidents around the nation.

We — and the Israelis — are used to the international media’s narrative about Israel being the aggressor when they clearly are not. But the recent plague of anti-Semitic incidents in this country is something new and, as we will see in a moment, the direct result of governors and mayors in Democratic states and cities refusing to enforce the law for nearly a year.

As I wrote in The American Spectator last week, the war between Israel and Hamas is changing Israel in some unusual and damaging ways. The growing willingness of Arab Israelis to riot and assault Jews indicates a greatly damaging shift in their belief in democracy.

There is the usual caterwauling among the media, aiming to not only delegitimize Israel but also deny it the right of self-defense. One such article in Newsweek labeled Israel the aggressor, peddling the usual Palestinian tripe, saying that Israel started the war by being better armed thanks to U.S. aid and falsely accusing the Israelis of bombing Gaza Strip hospitals. It conveniently overlooks the fact that Hamas attacked Israel with rockets and missiles to start the war.

More than 4,000 Hamas rockets and missiles were launched against Israel in about 11 days. Most were intercepted by Israel’s “Iron Dome” defense. Media outlets such as the New York Times, which reportedly published almost 77,000 words in nine days, boosted the narrative that Israel was somehow at fault. Apparently, too few Israelis were killed by Hamas rockets to satisfy the media. The media want the public to conclude that Israel lacks the right to defend its citizens.

Every person and nation has an inalienable right to self-defense. As Adam Smith wrote in 1776 in The Wealth of Nations, the first duty of a sovereign is to defend the population against violence and invasion from other independent nations. The UN Charter, in Article 51, says that nothing in it shall impair the inherent right of an individual nation’s self-defense (at least until the UN Security Council has taken measures to maintain international peace and security, which it never does in the case of Israel).

Israel acted properly in attacking and destroying much of Hamas’s apparatus and leadership in Gaza in response to the rocket and missile attacks that emanated from it.

The media want the public to conclude that Israel lacks the right to defend its citizens.

Another article, this one in Al Jazeera, which is reliably pro-terrorist and anti-Israel, claims that Israel is the occupying power in Gaza and says attacks are unjustified against a “refugee population by a colonial power that has evicted them from their land, blockades them in what is, in essence, an open-air prison, and then claims the right to do so in peace and quiet.” What arrant nonsense.

Let’s remember that Israel is not an “occupier” of Gaza. Gaza is self-ruled by the Hamas terrorist gang, which was elected by the people of Gaza in 2006. That election may or may not be legitimate, but Israel and the world accept it. Nevertheless, as the Economist reports this week, a survey carried out in March by a Palestinian pollster in Gaza found that 72 percent think Hamas is corrupt and 58 percent say they cannot criticize it without fear.

What can we make of the flood of anti-Semitic demonstrations and violence in many U.S. cities?

Let’s set one thing straight at the start. Attacking individual Jewish people is not a protest of Israeli policies, nor is it a legitimate response to the Gaza war. It is, plain and simple, anti-Semitic violence.

In New York, California, New Jersey, Florida, Illinois, and Utah, Jewish individuals have been targeted with death threats, hate speech, and physical violence. In New York, for example, a Jewish man on crutches who was wearing a yarmulke — the traditional cap worn by religious Jews — was attacked, beaten, and pepper-sprayed by pro-Palestinian thugs. The principal perpetrator — one Waseem Awawdeh — said he’d be glad to do it again.

The radical Left in this country learned a great deal from its conduct last year. The months-long riots in Portland (which continue to this day) and riots in other cities such as Seattle were never put down by police. Most rioters weren’t even arrested. Those who were arrested were released without being brought to trial.

Given that predicate, and the fact that the attacks by Hamas seized the media’s attention, it’s no wonder that the Black Lives Matter movement announced support for the Palestinians on its Twitter page: “Black Lives Matter stands in solidarity with Palestinians. We are a movement committed to ending settler colonialism in all forms and will continue to advocate for Palestinian liberation.”

The near-silence from President Biden and the Democrats is overwhelming. On May 19, in the midst of the war, Biden managed to say only that “Criticism of Israel’s policy is not anti-Semitism. But too often that criticism from the left morphs into anti-Semitism.” His weak statement was overshadowed by members of “the Squad” — Reps. Rashida Tlaib, Ilhan Omar, and Alexandria Ocasio-Cortez — who shouted for a reduction in U.S. sales of military equipment to Israel.

The lesson BLM and their ilk learned from their summer of rioting was that the law can be broken with impunity. That cannot be tolerated in a civilized nation, and it wasn’t in the United States until it became common last year in jurisdictions governed by the Left.

I was greatly saddened by Ben Stein’s American Spectator column last week. In it, he recounted incidents in his ritzy Beverly Hills neighborhood. In one, young punks in SUVs flying Palestinian flags pulled up to a restaurant, shouted, “Who’s Jewish?” and proceeded to seize and beat up several of the diners. In another incident, he was nearly a victim when a carload of Middle Eastern–looking punks tried to get him to pull over.

Stein did the right thing, refusing to pull his car over and driving straight to the police station. The cops could do nothing because he hadn’t obtained the license plate number of the car driven by the punks accosting him.

When Stein asked to get a concealed carry permit, he was told that he couldn’t because Beverly Hills only had an acting police chief and he had to wait until a permanent chief was in place. That’s a denial of his ability to defend himself and his family, but that’s what many Americans face in places such as California, New York, and Illinois.

It’s impossible to dislike Ben Stein. As his writings in The American Spectator over the years demonstrate, he’s a gentle soul, the best kind of intellectual, and a great conservative. As much as he loves Beverly Hills, he and his family would be far better off if they moved somewhere such as Texas where there is no tolerance for the thuggery that’s common in California.

What kind of a nation has America become when people can’t eat in a restaurant, drive around their towns, or even — as in New York City — walk down the street without facing an attack by these sorts of thugs?

In 1770, Edmund Burke wrote, “The only thing necessary for the triumph of evil is for good men to do nothing.” Doing nothing is precisely what we can expect from the president.