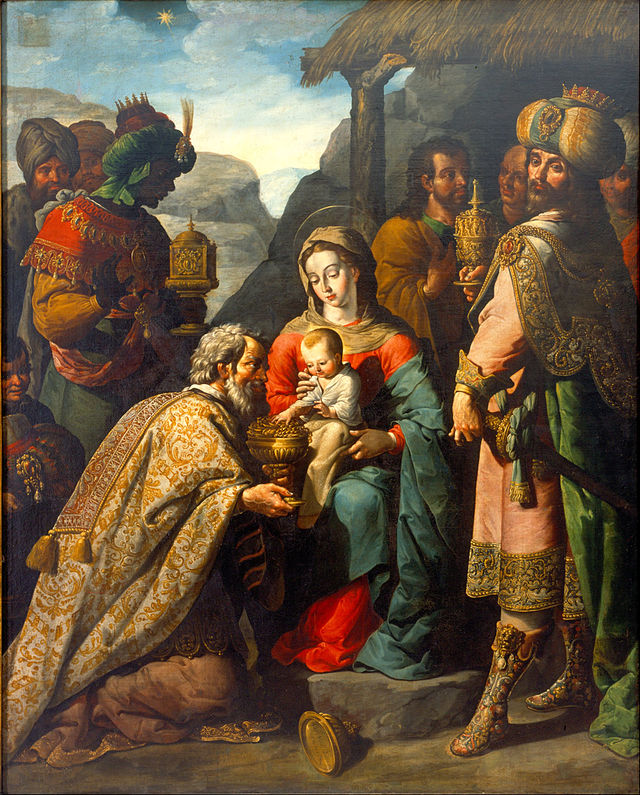 For the first time in the nation’s history, many American Christians celebrate Christmas in a land where the welcome mat for the holiday, and perhaps especially for the nativity scenes that recall the birth of the Christ child, has been withdrawn. What a jarring reminder of the unwelcome that greeted the soon-to-be born Jesus and his family in the village of Bethlehem twenty centuries ago. That the only true God came to Earth as the child of a family signals the shape of the shalom for which he designed us, each and all. From Eden to the myriad nativity scenes that once happily adorned celebration of Christmas in America, God reveals himself as the homemaking, child-sending, family-nurturing Creator.

This Christmas, the America that once reflexively celebrated that family-surrounded child finds itself led by powerful enemies of traditional marriage and the family. The insistence that “it takes a village to raise a child” is not mainly wrong, but fails to capture what Christianity, epitomized in the nativity scene, teaches about what makes for shalom, whether in Eden or, now, for us, east of Eden. Long before it came to serve as the universal Jewish greeting, shalom designated the comprehensive state of the world, especially where human relations are in view, when every dimension of it is as it was created to be — a world of villages, tribes, cities, and nations, where men leave their father’s houses and cling to their wives, where the Lord of life blesses that union with children, and what God joined together, man does not put asunder.

One person does not a society make. The essential, irreducible building blocks of societies capable of seeing shalomic flourishing, are the nuclear families repudiated by Black Lives Matter and under attack from sea to shining sea.

Jesus never married. Neither did many of the most revered saints of the church. Not everyone is meant to be married. But where the shalom depicted and enacted since Eden flourishes, societies honor, encourage, and protect family-forming of the sort celebrated at Christmas — thus a nation has long invested much time and treasure and all manner of “inconvenience” to come together, as families, at Christmas.

Where such families flourish, villages emerge that indeed provide healthy nurture and myriad blessing to the raising of children by families among them. But the ruling class of America attacks the ancient, divinely revealed conviction that childrearing is best accomplished by the fathers and mothers to whom they belong. For them, that conviction stems from the evils of eurocentrism, colonization, and whiteness. How did this happen?

Since the 1960s the Democrat party has, in stark contrast to the GOP, buttressed their policy goals and vision for the nation through moral appeals. They were the party that loves justice and cares — they cornered the market on morals. The short-lived evangelical Moral Majority that helped to elect Ronald Reagan and redraw the electoral map, like blacks in the Democrat party, was exploited by the party establishment for their votes, and not much else.

The privileging of traditional marriage and the nuclear family, for the Democrat party, is now immoral. The GOP has tried to live on a combination of low taxes, free market capitalism, national security and, most important just now, amoral libertarianism. Republicans need to learn what the neo-Marxists learned from the failures of the old Marxists — the masses are moved by much more than economics. They long for a comprehensive vision of life and the world and what it all means. When the state moves into the realm of religion and one party opts not to participate, sometimes the one that does wins. John McWhorter is correct that the Woke revolution exhibits many undeniable marks of a religion. Where a religion takes hold, no religion-indifferent opposition can defeat it except by a superior religion or brutal repression. Render to Caesar? Caesar’s obligations include protection of, not hostility to, the Judeo-Christian heritage without which the best of America is incomprehensible.

In the face of the humiliating and murderous fruits of Jim Crow, that Baptist preacher, Martin Luther King Jr., successfully shamed America. How? Not by repudiating the Christian and American heritage to which he laid claim but by waving sermonically that shared inheritance in America’s face, even in the face of his and my beloved Dixie from which I write — “let us be who we say we are.” From the Birmingham jail he wrote:

One day the South will know that when these disinherited children of God sat down at lunch counters, they were in reality standing up for what is best in the American dream and for the most sacred values in our Judeo-Christian heritage, thereby bringing our nation back to those great wells of democracy which were dug deep by the founding fathers in their formulation in the Constitution and the Declaration of Independence.

What lay at the center of the identity of King’s nation lay also at the center of his own being, his own identity. Thus he was able to deliver an ennobling shaming to his country and theirs. He relinquished neither the flag nor the Bible that nation put into his hands. King brandished the Bible and the Bill of Rights, the flag and the founding fathers, the cross and the Constitution necessary to shame even as doing so ennobled this people, this nation, between these oceans, on this blood-hallowed Gettysburg earth. Is an America recoiling from the nativity scene susceptible to such a sermon.

Not long after Jesus was born, his family fled to Egypt to protect their newborn from the murderous designs of King Herod. The man Jesus warned “in this world, you shall have trouble” and so we have had and oh how he did all the way to Golgotha. But on that first Christmas night, in spite of and in the face of the unwelcoming innkeeper who found no room for the Jewish Messiah, his family welcomed him into the world he came to save. Shepherds followed his star and worshiped him. Wise men for far away Gentile lands offered gifts fit for this King of a different order than Herod could boast. Angels sang “Hosanna in the Highest!”

The most powerful earthy forces on planet earth are telling us there is no longer room in this world for Jesus and his family. If they are successful, the trouble that portends is nameable — it already comes in Bolshevik, Leninist, Stalinist, and Maoist varieties. Must we add an “Amerikan” version to the list? Shall we ever learn? Is America already incapable of an ennobling shaming anchored in its own historic, constitutional, and religious roots? Does Terry McAuliffe’s loss in blue state Virginia suggest the survival of a politically potent protectiveness for the family? One can hope. But time is running out.