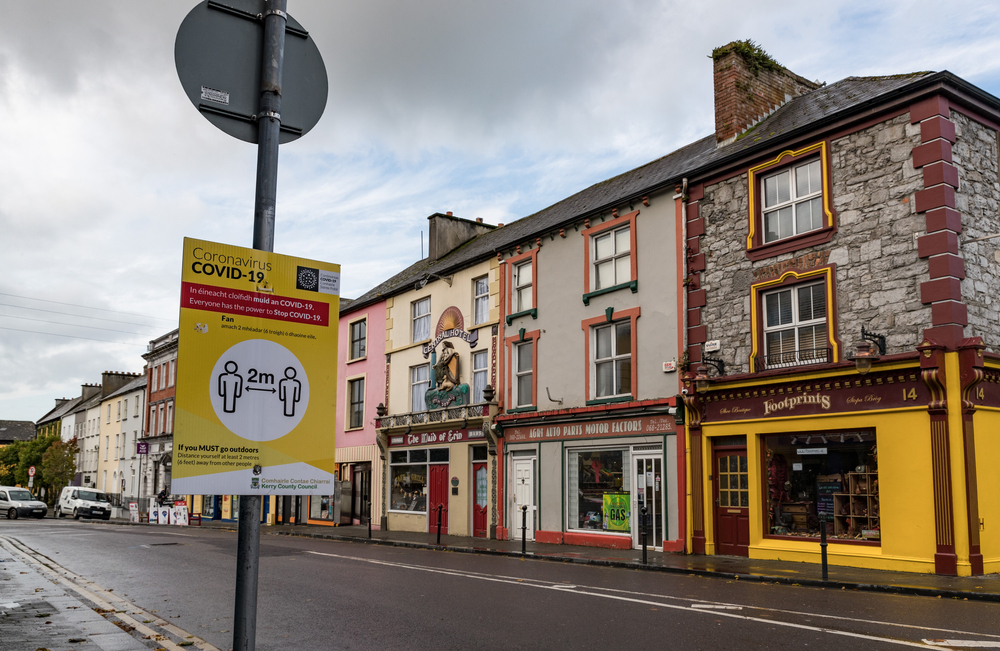 During his Thursday town hall meeting with CNN’s Anderson Cooper, President Joe Biden blithely dismissed the most basic assertion of those who have chosen to resist a COVID-19 vaccination. “Freedom? I have the freedom to kill you with my COVID,” scoffed Biden. “No, I mean come on — freedom.”

In his literally mindless way, Biden said out loud what health officials everywhere have been implying since the vaccines became widely available. Those who are not vaccinated are killing their more responsible peers.

In the Republic of Ireland, however, health officials are running out of people to blame. This has become embarrassingly obvious in County Waterford. As reported in the Irish Times, the nation’s establishment newspaper, two of the three most COVID-infected electoral areas in Ireland are located in the county “with the highest rate of vaccination in the country.” In Waterford, a remarkable 99.7 percent of adults over the age of 18 is fully vaccinated.

The Waterford news caught my attention because the first American “Cashills” hail from County Waterford. My great-great-grandfather came to America in 1847, “Black 47” as they called it, the mid-point of a potato famine that saw more than one million Irish die from starvation or disease and another million flee the country. For all their travails, the Irish were a hardy, freedom-loving people then. With some notable exceptions, they are neither anymore.

I have visited Ireland often over the years, lived there on two occasions, and watched the imperial Left slowly squeeze the heart out of Irish culture. The Ireland of today is not the Ireland of the Easter Rising. It is an Ireland whose almost total submission to the COVID authorities was as predictable as its giddy acceptance in 2018 of abortion on demand.

With their near lock on what the Irish hear and read, the elites have largely shamed their fellow citizens into acceptance or silence. Unlike America, Ireland has no effective alternative media. As a result, the range of acceptable opinion on controversial issues is as narrow as a country lane. In its most orthodox moment, the Irish Catholic Church could not have been more oppressive or vengeful than the monolithic Irish cultural establishment of the early 21st century. With the arrival of COVID, that establishment showed the common people its teeth.

As late as April 2021, Irish citizens were not allowed to travel more than three miles from their homes. All schools and churches were shut down, as were all bars, restaurants, and construction sites. Even after Ireland “eased out” of these restrictions in April, travel was limited to 12 miles and people were still not allowed to have visitors inside their homes.

Despite the recent surge in cases among the fully vaccinated, Ireland is just now easing the restrictions on wedding and church attendance and outdoor gatherings. Indoor service in bars and restaurants has also resumed but for only for those who are fully vaccinated or can prove they have recovered from COVID-19 in the past 6 months.

The arbitrary evolution of Irish COVID policy over the past 18 months has made it clear that public health officials and government policy makers have no idea what they are doing. If proof were needed, County Waterford provides it. According to data published on October 21, Waterford City South has the nation’s highest 14-day incidence rate at 1,486 cases per 100,000 and Tramore-Waterford City West has the third highest at 1,122 cases per 100,000. This is despite internal travel bans and the county’s more than 90 percent vaccination rate.

Although Waterford is running three times the rate of the nation writ large, Ireland as a whole is not faring particularly well, especially given its draconian restrictions. In the seven days preceding October 21, Ireland reported 2,026 new cases. To put that number in perspective, wide-open Florida had 2,262 cases during that same period with a population more than four times greater than the Irish Republic’s.

Most major newspapers have reported on the Waterford quandary, but they do so without any serious reflection. No one seems particularly curious as to how an almost fully vaccinated people can be spreading the disease among its members.

Indeed, to dissent on just about any COVID-related issue comes at a price. The case of former University College–Dublin professor and Irish Freedom Party chair, Dolores Cahill, is instructive. Prior to her emergence in the anti-vaccination movement, Cahill had been considered “superstar” of Irish scientific research.

Cahill’s standing in polite society began to unravel in March 2021 when she was induced to resign her Freedom Party chairmanship after “making unsubstantiated claims at an anti-lockdown rally.”

In August 2021, readers of the Irish Times learned that a bench warrant had been issued in London for the arrest of the “prominent Covid sceptic and anti-vaccination campaigner.” Among other offenses Cahill was charged with holding “a gathering of more than six people in any place.”

By October 2021, the same month that the Waterford numbers were making a hash out of all official vaccination claims, the Irish Times was trashing the now “former” UCD professor as a “conspiracy theorist” and “one of the main purveyors of anti-vaccination misinformation.”

As the County Waterford numbers make clear, Irish health officials and policymakers do not know what “misinformation” is. They do, however, know what power is, and they will do what they must to hang on to it, freedom be damned.