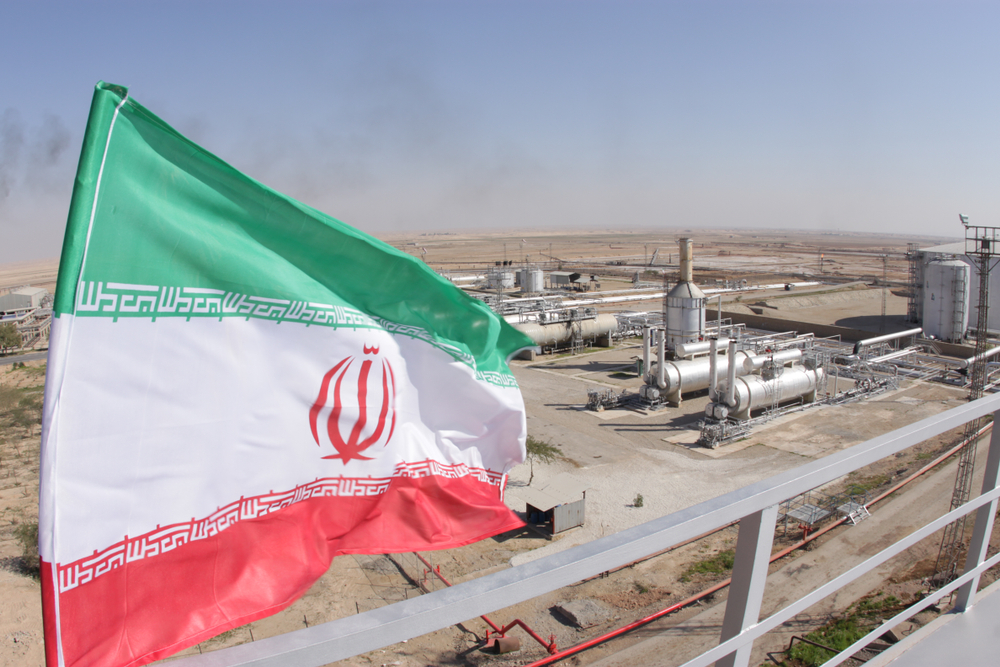 Iran has suffered a lot of bad luck during the past few weeks. We should be cheering for the people who have made it so and are working to ensure it stays bad. With any luck on our side, it will affect the Iranian ships that are now sailing the South Atlantic and probably headed to Venezuela.

Iran’s lousy couple of weeks included the largest ship in Iran’s navy — the Kharg, named for the island on which Iran’s main oil export facility sits — burning and sinking in international waters last Wednesday. The fire burned for 20 hours before the Kharg, a supply ship that supported other Iranian navy operations, sank.

On the night of the same day the Kharg sank, a huge fire burned the oil refinery plant that services Iran’s capital city, Tehran, with gasoline and other refined petroleum products. An unknown number of people were injured in the fire. Ten ambulances were reportedly at the site.

Fires at other Iranian petroleum refineries have happened in the past few weeks. Another serious fire happened at a factory of the Iran Aircraft Manufacturing Industrial Company in Iran’s Isfahan Province. The company reportedly produces a variety of aircraft, including drones, for Iranian and pro-Iranian forces. Around that time, there was an explosion at the Sepahan Nargostar chemical and fireworks factory in the city of Shahin Shahr, also in Isfahan. That factory produces industrial and commercial explosives.

Were that not enough — and it isn’t, nearly — an unconfirmed report from a day or so later says that two Iranian pilots ejected from their Vietnam-era vintage F-5 fighter. Unfortunately for them, the aircraft hadn’t yet left the hangar when their ejection seats fired. (That probably was an accident due to lousy maintenance.)

The latest, on Sunday morning, was a large explosion and fire at the Zarand Iranian Steel Company plant in eastern Iran.

The Iranian regime claims that all of these events were accidents and their commonality in time mere coincidences. Right.

While some of the explosions and fires may be accidents — the Kharg reportedly suffered from terrible maintenance and carelessness among the crew — most or all of them must have been brought about by the efforts of Israeli intelligence agencies with or without the help of Iranian dissidents.

Iranian dissidents — revolutionaries — were abandoned by then-President Obama in the 2009 “Green Revolution,” which could have overthrown the ayatollahs’ regime. Obama ordered U.S. intelligence and military agencies to stand down when the revolutionaries asked for help. Obama was already seeking what became his 2015 nuclear weapons deal with the ayatollahs and wanted to stay on what he thought were “friendly” terms with the people who demand that crowds chant “death to America” at every public event.

President Biden is busy trying to revive that deal, which former president Trump revoked in 2018. Though he should, Biden won’t give any support to the Iranian opposition.

To the extent that the Israelis caused or helped cause some or all of these “accidents,” that effort may represent a last effort by outgoing Israeli Prime Minister Benjamin Netanyahu. He said this week that he was willing to risk “friction” with the Biden administration to defend Israel’s security whether or not Biden is able to sign a new nuclear weapons deal with Tehran.

On Thursday, two Iranian ships — a naval frigate and an oil tanker converted into a floating base for helicopters and other forces — reportedly sailed through the Cape of Good Hope into the South Atlantic. They are likely bound for Venezuela.

Venezuela has purchased an unknown quantity and variety of Iranian arms. It is highly likely that the cargo ship is carrying some of the arms that Venezuela purchased.

Last year, when Venezuela admitted to purchasing gasoline from Iran, Venezuelan President Nicolás Maduro said he was considering the purchase of missiles from Iran. It has purchased an unconfirmed list of weapon systems as well as gasoline. (Oil-rich Venezuela’s economy has been so wrecked by socialism, first under Chavez and then Maduro, that it lacks the ability to refine a significant amount of its own oil into gasoline and other fuels.)

The Iranian cargo ship bound for Venezuela may be carrying missiles, drones, or other weapon systems.

There was, until 2020, a UN Security Council arms embargo preventing Iran from buying weapon systems such as tanks and aircraft. In November 2020, the Security Council refused a U.S. effort to extend the embargo indefinitely.

According to a Politico report, an anonymous source at Biden’s National Security Council said that it would be a “provocative” act for Iran to send arms to Venezuela and that “We would reserve the right to take appropriate measures — in concert with our partners — to deter the delivery or transit of such weapons.” In other words, we won’t do anything to stop Iran’s navy from entering the Caribbean or supplying arms to Venezuela.

Biden — a chronic multilateralist — won’t do anything without the permission and participation of our allies. In this case, “our partners” could be any and all of the NATO nations and countries in the Western Hemisphere. None in Europe or Central or South America would help interfere in Iran’s affairs.

At this point, there is nothing to prevent Iran from shipping arms to Venezuela, unless Iran’s bad luck catches up to the cargo ship. A submerged submarine could accidentally sink it with a couple of torpedoes from a few thousand yards away and get away without being identified. Just a thought.

Iran’s luck is, unfortunately, bound to get better with the post-Netanyahu government in Israel, as it appears there will be this week, and Biden’s obsession with reviving the Obama nuclear weapons deal. It would be far better if we worked with the Israelis to make sure Iran becomes the unluckiest country in the world.