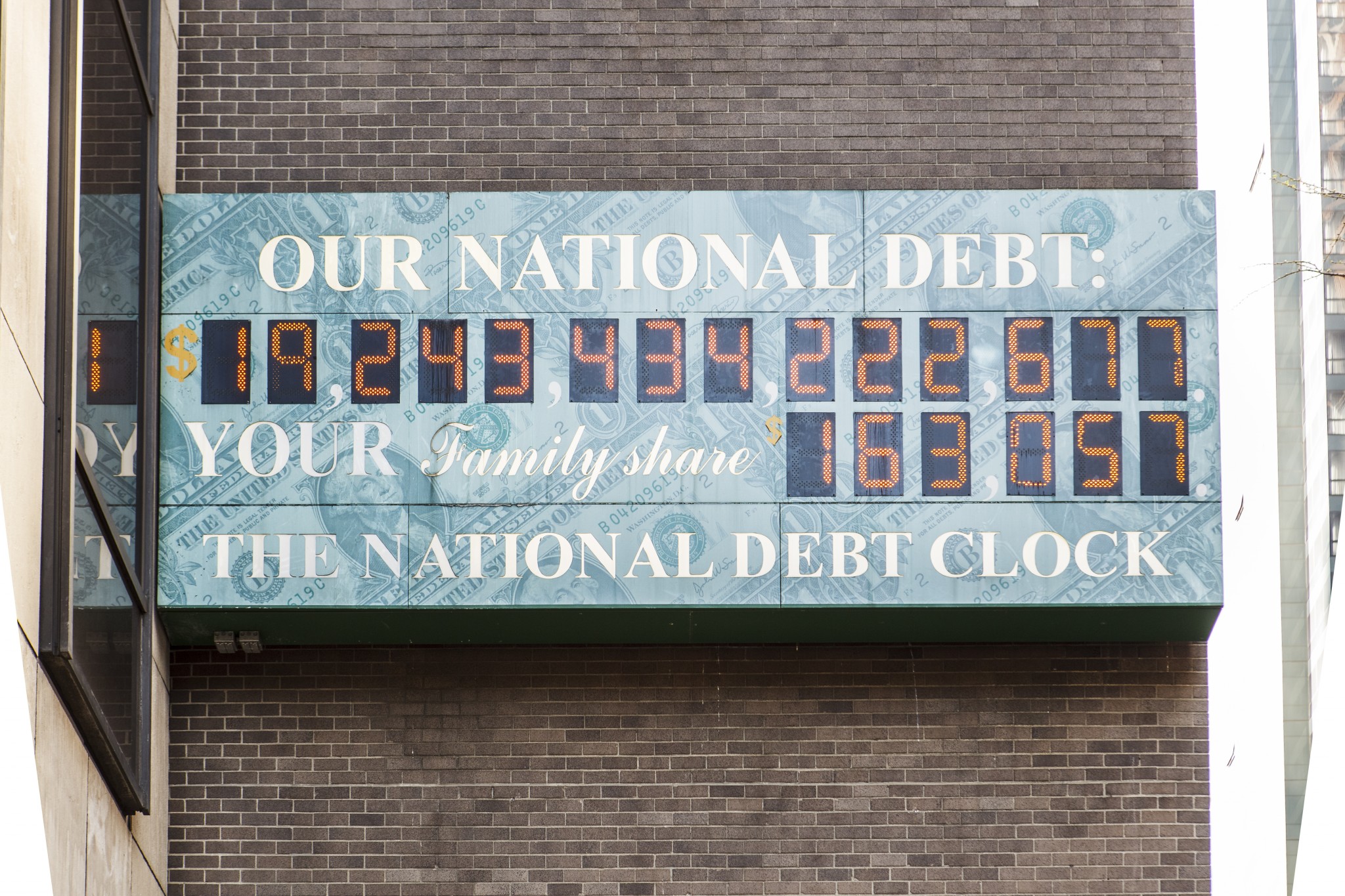 Last month, trustees for Social Security and Medicare let forth the grim news. Medicare Part A will be insolvent by 2026, and Social Security will follow in 2034. In years past, Washington would have considered the report a call to arms for fiscal responsibility.

Apparently unperturbed by news that could spell 9 percent cuts in Medicare Part A in five years, President Joe Biden still is pushing a $3.5 trillion spending framework to fund his cradle-to-grave wish list of federal spending.

The national debt is $28.7 trillion, thanks in part to $5 trillion spent over the last 18 months in response to the coronavirus, Sen. Joe Manchin, D- W.Va., warned in an opinion piece in the Wall Street Journal in which he called for a pause in big spending.

Republicans used to champion balanced federal budgets — even if Republican presidents such as George W. Bush spent more than the government took in.

That didn’t stop Trump from pushing tax cuts that helped increase the national debt by close to $7 trillion.

In 2019, Trump’s then-Chief of Staff Mick Mulvaney confessed the federal government would spend at least $1 trillion more than it took in for every year Trump held the White House.

Speaking at a Peter G. Peterson Foundation event, Mulvaney, who entered public life as a fiscal hawk, offered, “We are not going to cut our way to balance.” And: “There is no center of gravity for reduced spending in this town.”

Clearly Mulvaney did not buy into the administration’s claim that Trump’s Tax Cuts and Jobs Act would pay for itself. And it didn’t.

There is a residual effect. Republicans who voted for Trump’s big spending look a little squirrely when they complain about Democrats overspending.

Please note the Trump spending I cite predated COVID-19, a natural disaster that left Washington with no choice but to throw money at the pandemic to mobilize the health industry to care for the sick and prevent the spread of the virus, as well as prevent the sort of panic that could shred the U.S. economy.

Biden threw money at the virus, too. And now he’s throwing your money at everything else.

In 2019, the debt owed by every man, woman, and child in the United States was some $49,000. Today, according to the Peterson folks, it’s $86,035 per person. Two years ago, every American carried the debt for a luxury car, without the car. Now you owe the equivalent of two luxury cars you don’t own.

Asked during an August press briefing if Biden was concerned about the growing national debt, press secretary Jen Psaki responded that the debt was “a concern when he came in, and he was left with quite a debt and deficit by his predecessor. But the president has proposed a plan and package that would be fully paid for by asking corporations and the wealthiest Americans to pay a little bit more to make our country more competitive, and he feels quite comfortable with the fiscal responsibility of that.”

Beware: the likelihood that Democrats will pay the full freight of their package with higher taxes is small indeed.

Court challenges and corporate lawyers are likely to chip away at what’s left.

That doesn’t mean voters should give up or rely on special interests to curb the Beltway’s urge to splurge — not when each party can blame the other camp.

Asked Wednesday when Congress will raise the debt ceiling by mid-October, House Speaker Nancy Pelosi responded that the House will do what needs to be done “because it’s the responsible thing to do.” What exactly? “We’re paying the Trump credit card,” she said.

As long as both parties think they can keep spending money on credit and blame it all on the other side, red ink will flow.