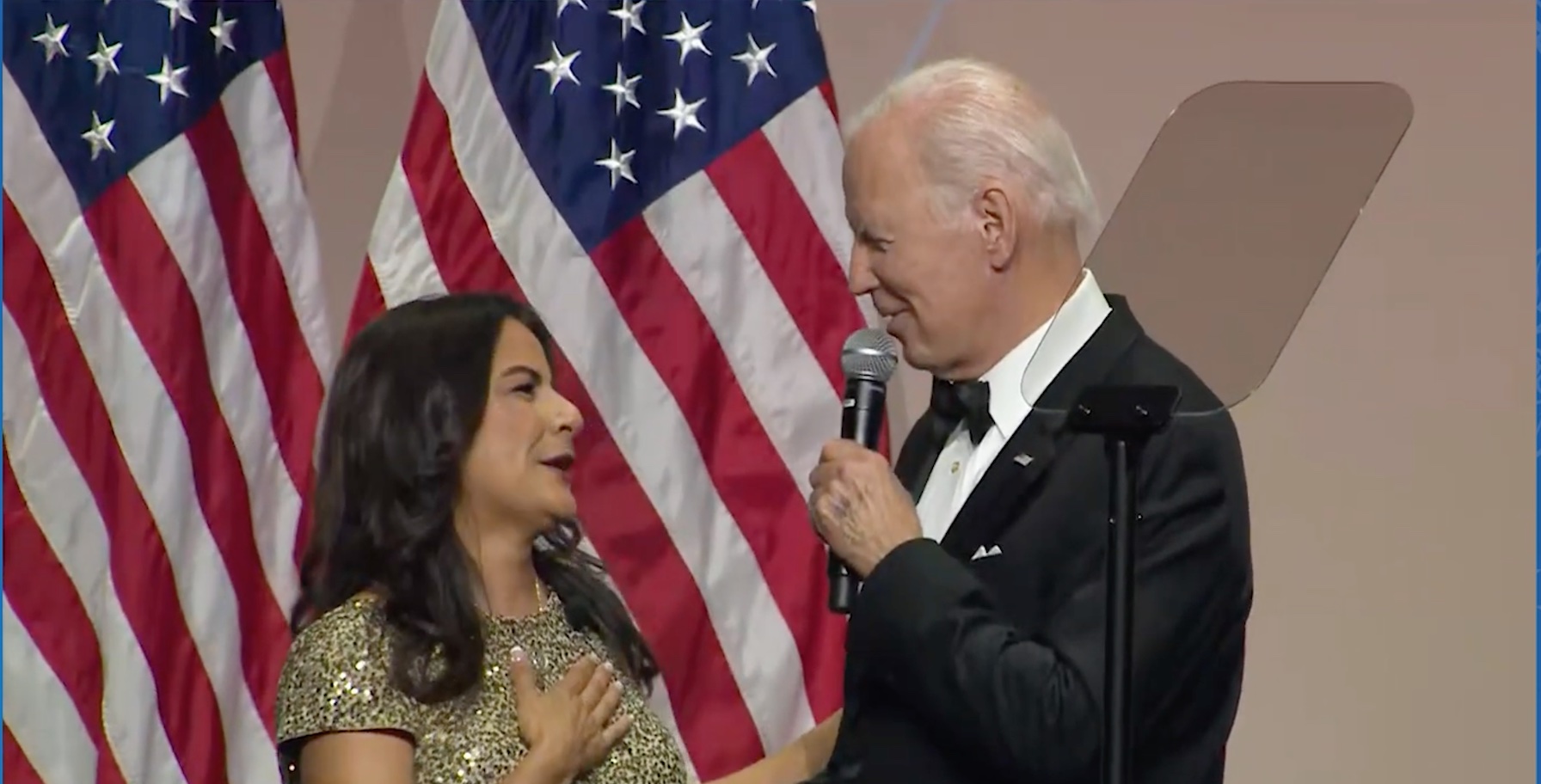 When the Bureau of Labor Statistics reported last week that September’s inflation rate remained at an unacceptably high 8.2 percent, it sealed the fate of the Democrats. Despite risible claims by President Joe Biden that his policies are helping, the consumer price index (CPI) confirmed that the cost of necessities like food, energy, and housing continues to increase apace. Many hit hardest by this trend are minority voters upon whom the Democrats depend for their survival.

Inflation is all too tangible for middle- and lower-income Americans, many of whom are black and Hispanic, because most of their earnings must be spent on basic necessities. The latest Economist/YouGov poll provided a list of issues to respondents and asked, “Which of these is the most important issue for you?” Blacks and Hispanics overwhelmingly answered, “Inflation/prices.” No other issue came close. They aren’t likely to find comfort in the following balderdash offered by Biden after the CPI report was released:

Americans are squeezed by the cost of living: that’s been true for years, and they didn’t need today’s report to tell them that. It’s a key reason I ran for President. Working to give middle class families some breathing room in dealing with their costs is critical.

Today’s report shows some progress in the fight against higher prices, even as we have more work to do. Inflation over the last three months has averaged 2%, at an annualized rate. That’s down from 11% in the prior quarter.

The only accurate assertion in the above quote is that Americans don’t need the CPI report to tell them that the cost of living is skyrocketing. Biden’s bizarre claim that inflation was a “key reason” why he ran for president is just another of his trademark fabrications. When Biden took office, inflation stood at 1.4 percent. Consequently, his claim that the 8.2-percent rate “shows some progress” only serves to reinforce ongoing concerns about his cognitive decline, as does his assertion that inflation averaged only 2 percent over the last three months.

None of this is going to fool middle- and low-income minority voters who face ever-increasing prices for the basic necessities of life. According to a recent survey conducted by NPR, the Robert Wood Johnson Foundation, and the Harvard T.H. Chan School of Public Health, “58% of Black, 56% of Latino, 69% of Native Americans, and 36% of Asian households say recent price increases have caused them serious financial problems.” This could accelerate the shift of minority voters to the GOP that began in 2020. The Wall Street Journal opines:

The big shift of Latino voters toward the Republican Party in 2020, combined with smaller shifts among Asian-American and Black voters, suggests that these traditionally Democratic groups could be more open to GOP candidates in midterm elections across the country this year.

This trend is manifesting itself in important races this year. Perhaps most surprisingly, Sen. Catherine Cortez Masto (D-Nev.) is trailing her Republican challenger Adam Laxalt largely because of her tepid support among Latinos. Cortez Masto is the first Latina to serve in the U.S. Senate. Yet, according to the latest CNN poll, her Latino support is only 52 percent. Cortez Masto won over 60 percent of their votes in 2016. Her problem this year is almost certainly related to her decision to vote for Biden’s inflationary agenda 92.7 percent of the time.

Meanwhile, the Democrats are hemorrhaging nonwhite voters in crucial House races. They have long considered the heavily Hispanic districts of the Rio Grande Valley “safe,” but inflation and the border crisis have disillusioned those voters. In June, Republican Rep. Mayra Flores won an upset victory in the TX-34 special election and is likely to retain the seat in November. Moreover, the Democratic Congressional Campaign Committee (DCCC) has all but surrendered TX-15 to Republican Monica De La Cruz, as the Texas Tribune reports:

With less than a month to go, neither the Democratic Congressional Campaign Committee nor the House Majority PAC, the top Democratic super PAC in House races, has gone on the air in the 15th Congressional District, where Michelle Vallejo is the Democratic nominee. And on Sunday, Axios reported that House Majority PAC is “planning to cancel the scheduled ad reservations for her at the end of the month, according to a source familiar with the group’s plans.”

And such surprises aren’t limited to the southwest. In deep-blue Rhode Island, Republican Allan Fung appears likely to defeat Democrat Seth Magaziner in the contest for the state’s open 2nd District seat. Fung, who was the mayor of Cranston from 2009 to 2021, has led Magaziner by at least 6 points in every poll. The 2nd District hasn’t been held by a Republican since 1990, when Rep. Claudine Schneider retired to run for senator. The seat is now open due to the retirement of Rep. Jim Langevin, who is leaving at the end of the 117th Congress.

The success of Republicans like Flores, Cruz, and Fung has disoriented the Democrats and the Fourth Estate. Indeed, the New York Times ran a column last week marveling that the Party of Lincoln has so many “candidates of color” on the ballot in November: “The lineup of Republican candidates is historic — 32 Latinos, 22 Black candidates, 11 Asian Americans and two Native Americans.” This is clearly creating a lot of cognitive dissonance among a group of people who have for years insisted that “Republican” is a synonym for “racist.”

Even worse, they seem to think that this canard will convince “voters of color” to continue casting ballots for Democrats who have failed to either fix inflation or even acknowledge the accompanying economic hardship. The Economist/YouGov poll noted above found that 55 percent of Hispanic respondents and 43 percent of black respondents believe we are already in a recession. They know that there has been no “progress in the fight against higher prices,” and this probably means that the fate of the Democratic Party is already sealed.