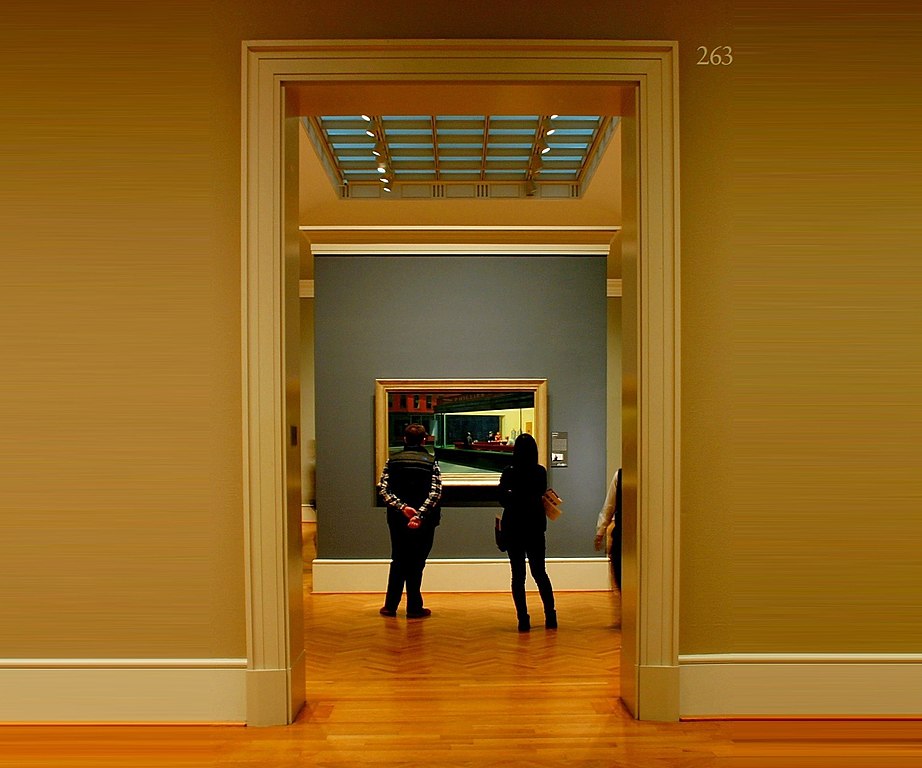 It turns out that older, well-to-do, white women volunteer at greater rates than those in other demographic categories. The solution to this terrible, horrible, no good, very bad problem?

The Art Institute of Chicago fired its docents en masse. The reason? The 100 or so unpaid gallery guides, though priced right at free, embarrassed the museum’s leadership because of their whiteness.

“As a civic institution, we acknowledge our responsibility to rebuild the volunteer educator program in a way that allows community members of all income levels to participate, responds to issues of class and income equity, and does not require financial flexibility to participate,” Veronica Stein, ironically the museum’s woman’s board executive director of learning and public engagement, wrote dozens of women in firing them and their male counterparts last month. “Rather than refresh our current program, systems, and processes, we feel that now is the time to rebuild our program from the ground up. This means the program’s current iteration will come to an end.”

Art Institute of Chicago administrators prefer to pay a rainbow coalition of workers than to look at the pale reminders that those most into their product look just like the people most likely to read The Blind Side twice. White people annoy and embarrass them so much that they pay to avoid looking at them. And they can afford this because of the generosity of, well, white people. Just a wild guess: the Art Institute of Chicago does not fire them.

Though it looks unlikely that the 142-year-old cultural mecca trades its Gold Coast donors for ones in Englewood, why stop at diversifying its docents?

Maybe convince the estate of John Hughes to superimpose some BIPOC friends for Ferris and Cameron and Sloane when they gaze upon Picasso and Seurat and Hopper in that famous Art Institute of Chicago scene. And American Gothic, its problematic prize possession depicting grim faces awaiting cancellation after the pitchfork failed to convince the mob that it looked upon two of its own, requires revision as it presently appears whiter than the canvas upon which it rests. #RembrandtSoWhite. #RenoirSoWhite. #DegasSoWhite. #VanGoghSoWhite. Fire them like the docents, perhaps in a literal sense, to make way for any scribbling by a non-Caucasian immediately declared a masterpiece by critics internalizing affirmative action in their judgments. What of location, location, location? The Veronica Steins of San Francisco toppled a statue of Ulysses Grant. Why not hydraulic jack the entire Art Institute structure onto an oversized-load truck and move it far, far away from Grant Park to the more socially-conscious Jane Addams Park?

Alas, Jane Addams taught Chicagoans more than a century ago the strange lesson that volunteerism often primarily serves the volunteers “We have in America a fast-growing number of cultivated young people who have no recognized outlet for their active faculties,” she confessed in My Twenty Years at Hull House. “They hear constantly of the great social maladjustment, but no way is provided for them to change it, and their uselessness hangs about them heavily.”

This cruelty to older retirees, rather than the racism in the name of antiracism, primarily bothers some media outlets that buy into the diversity-über-alles mindset. Is there a way to convey more thoroughly one’s obsolescence than firing one from a non-paying job?

A museum needs docents. Why does one require a woman’s board executive director of learning and public engagement?

The women’s board executive director of learning and public engagement wrote the docents, “The museum aims to build a responsive, sustainable, and inclusive program that integrates the goals outlined in our strategic plan: to honor and embrace our civic role by investing in Chicago-area learners, educators, and creatives and to reinvigorate in-gallery learning programs to promote accessibility, equitable teaching approaches, and greater inclusion of visitors’ cultures.”

Upon her hiring earlier this year for that position, Stein called “designing culturally responsive programming and anti-racist curricula, cultivating fully accessible spaces, and ensuring staff wellness and learning” her “priorities.” She expressed delight that the Art Institute “shares” those priorities. Bewilderment characterizes everyone else that “art” does not appear as a priority to the Art Institute.

The docents, almost universally silent at the alleged behest of the institution built on free expression, hope outrage allows them to go back to work at the museum. The Art Institute released a vague statement in the wake of the pressure about soon adopting a “hybrid model,” presumably one in which it pays people of color but permits the predominately white volunteers to work for free to allow art lovers the ability to look at beautiful paintings without having to look at so many white women.

Presently, the docents, who spent months in training and an average of 15 years on job, possess a two-year pass to the museum for their service. Some gratitude comes as an insult.