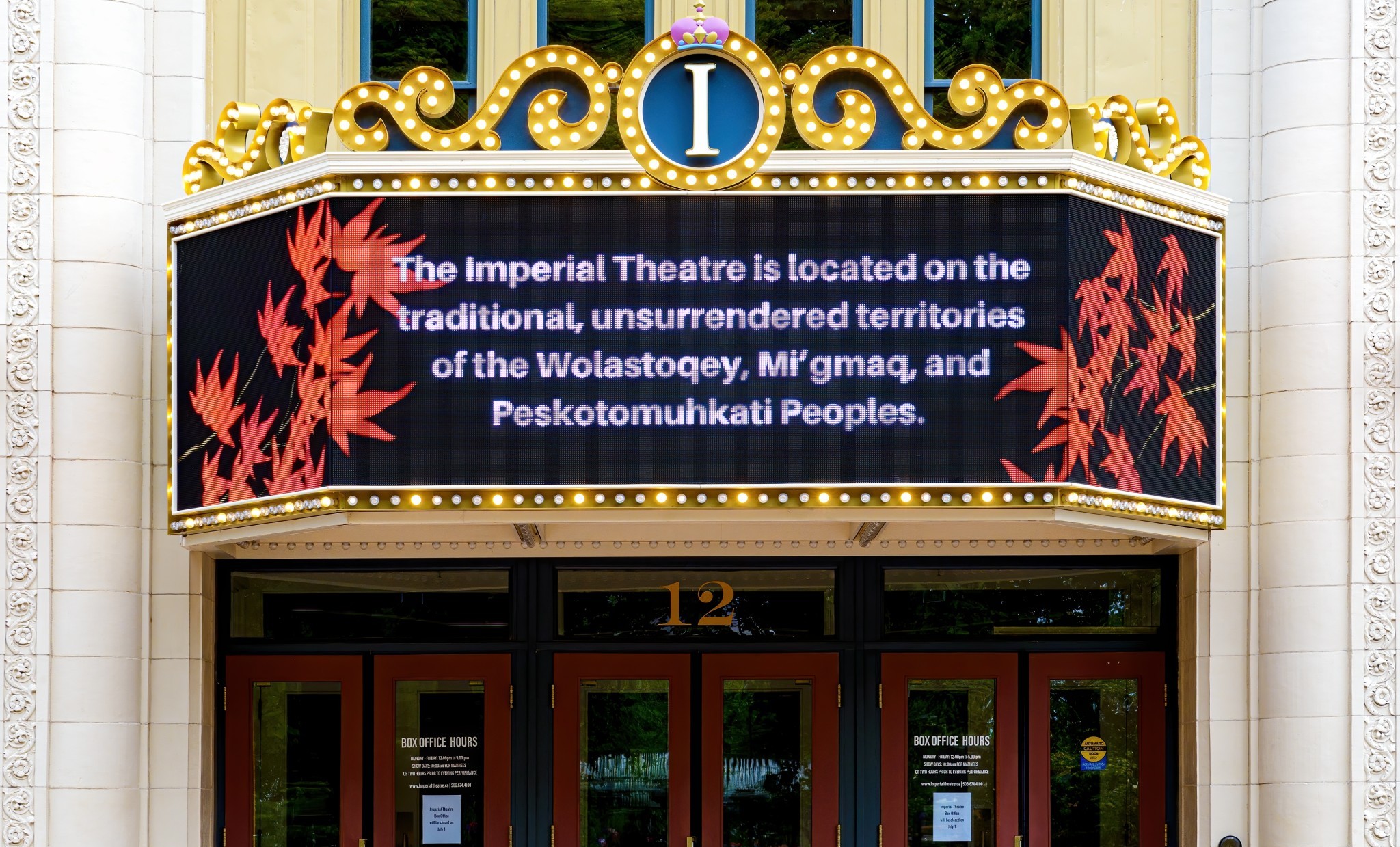 One of the largely forgotten “isms” in the litany of guilt-inducing “bigotries” thrown at conservatives from the left has been getting a little play lately — colonialism. There’s racism, sexism, ageism, ableism, speciesism — we know those only too well — and then the ever-expanding realm of “phobias” — homo-, trans-, xeno-, et al.

The university did not quibble with Reges’s economic theory; it was offended that he quibbled with their acknowledgment statement.

But colonialism? Apart from a spate of statue pull-downs — Christopher Columbus and Junípero Serra, for instance — and an expansion in definition to include anybody who built a house or planted a patch of corn west of the Allegheny Mountains in early America, this “ism” doesn’t get much respect on the outrage scale.

Well, colonialism is back in vogue with the concept of the “land acknowledgment.” It’s not an altogether new idea — it popped up in Australia, New Zealand, and Canada some years back — but it’s in the news here in the U.S. due to a case at the University of Washington (UW).

In 2020, the university started asking its professors to add a disclaimer of sorts to the course descriptions they wrote up for the college catalogue. The “Indigenous Land Acknowledgment Statement” was meant to recognize the indigenous peoples who once occupied the land on which the school sits. UW even provided recommended language:

The University of Washington acknowledges the Coast Salish peoples of this land, the land which touches the shared waters of all tribes and bands within the Suquamish, Tulalip and Muckleshoot nations.

Such disclaimers are popular on college campuses — Brown, Northwestern, Colorado State, and various California campuses, among others — where they appear on official publications, are posted in public places, and are recited before various events. Occasionally they step beyond mere acknowledgment into more accusatory territory, talking about broken covenants and stolen land and the like. Most of the time, though, they simply salve the guilt and signal the virtue of the “occupying” entity.

A computer science professor at UW, Stuart Reges, took issue with the idea — “Land acknowledgments are performative acts of conformity that should be resisted,” he said — and decided to write his own statement to stick on the syllabus for a computer-programming course he teaches. He wrote:

I acknowledge that by the labor theory of property the Coast Salish people can claim historical ownership of almost none of the land currently occupied by the University of Washington. [emphasis added]

Reges calls himself a “Georgist” — after 19th century laissez-faire economist Henry George — but, since George’s thought is relatively obscure, Reges decided to lean on the labor theory of property à la John Locke, aka the “homestead principle,” for his reasoning. That is, those that productively use land, as long as there is sufficient land for all parties, own the land they use. “If, for example,” Reges writes, “you make the effort to grow corn on an acre of land, you come to own that acre of land, so long as there is still plenty of land left for others to use.” When occupied by the Native tribes, the university land was undeveloped forest; the same land, when purchased by the university, was still undeveloped forest. Reges even provides photos.

The university did not quibble with Reges’s economic theory; it was offended that he quibbled with their acknowledgment statement.

A university administrator asked Reges to voluntarily remove his “offensive” statement — it created a “toxic environment” — and, when he didn’t, unilaterally censored Reges’s syllabus and prevented him from changing it. Then the school opened a class section competing with Reges’s course in order to draw students away from his class, and, finally, in March 2022, UW launched an investigation of Reges for allegedly violating university policy outlawing speech deemed “unacceptable or inappropriate.” The probe continues, with Reges’s future at the university uncertain. Said he, “It is difficult to go to work every day knowing the allegations against me are unresolved, that I could ultimately be fired.”

Earlier in July, Reges sued UW for violation of his First Amendment rights of free speech. He is represented by lawyers from a group dedicated to pursuing free-speech issues on college campuses, the Foundation for Individual Rights and Expression (FIRE).

Reges is a free spirit and no stranger to academic trouble. He protested the 1990s war on drugs to the point that the national drug czar urged Stanford, where he was teaching at the time, to penalize him. In 2018, he was put on probation by UW for penning a piece entitled “Why Women Don’t Code.”

So, there might be some poking of the bear here. One headline, at Common Sense, put it this way: “He Made a Joke about Land Acknowledgments. Then the Trouble Began.” FIRE, for its part, is taking the case seriously and categorizes it as part of the larger attack against free speech on college campuses.

As for land acknowledgments, they have been popular down under and in Canada for years, writes Jonathan Kay at Quillette. He says:

Originally intended as a tribute to the legacy and rights of Indigenous peoples, they quickly became assimilated into the rote protocols of public life, from school assemblies to town-council meetings. Some university professors now post them on their office doors, much like a secular mezuzah.

They got a big boost into popular U.S. consciousness at the 2020 Oscars when Māori writer and director Taika Waititi told his audience they were “gathered on the ancestral lands of the Tongva, Tataviam and the Chumash” — historical note: they were sitting in an auditorium in Los Angeles. “We acknowledge them as the first people of this land on which our motion picture community lives and works,” he continued.

Such public statements may seem harmless to a certain degree — “meaningless self-scourging progressive fashion statements,” as Kyle Smith puts it in the New York Post — but more elaborate land-acknowledgment rituals, as have become popular in Canada, can, says Kay, “convey the idea that Indigenous peoples retain a real — if vaguely defined — moral ownership over the entire country, not just the areas that they control through treaties or other legal instruments.” He cites an instance in Canada, a few years back, when work on the national railroad was halted — “the largest service disruption in the modern history of the Canadian National Railway” — as groups of “indigenous-led or -inspired” protesters — or “land defenders,” in PC-approved nomenclature — invaded “rail lines, bridges, legislatures and highways in opposition to pipeline development.” The politicians were unable to act because they had “spent years solemnly acceding to Indigenous moral authority over every field and tree, and repeating a liturgy of white predation within ‘unceded’ lands.”

Things haven’t regressed to that point in the U.S. yet, and maybe an academic pushing back against the land-acknowledgment craze will serve as a step, albeit tiny, in the effort to return sanity to the world of academe.