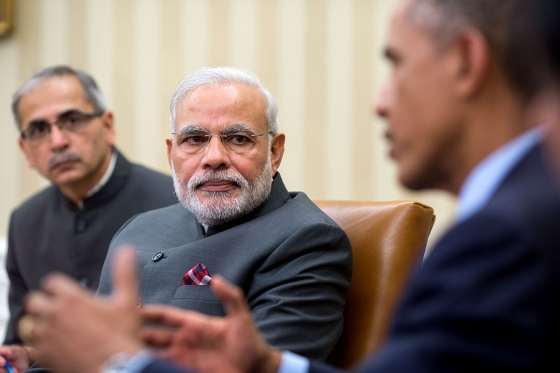 In 2023, India will host the G-20, or Group of 20 — 19 nations of economic consequence plus the European Union, a group that represents 85 percent of world gross domestic product. The mission is to collaborate on issues of governance such as trade, health, climate, immigration, economics and finance, and nuclear proliferation.

This is a rare strategic opportunity for India, whose one-year presidency of the G-20 began on Dec. 1, to present its accomplishments under democratic capitalism, as well as to position itself as a safe haven for direct investment and good governance, in contrast to China. Narendra Modi, India’s most powerful prime minister since Jawaharlal Nehru, will likely use masterful branding and son et lumière, or sound and light shows, to celebrate India’s economic and political might on the world stage. India has recently released its logo as the host, emphasizing the colors of the Indian tricolor and respect for the planet Earth.

On balance, India has indeed become a major economic and military force, and it has done so as a parliamentary democracy. A chance to occupy the world stage for a year does not come often.

India may position itself as an economic juggernaut. It is already said to be the fastest-growing major economy in the world, with a projected current-fiscal-year estimate of about 7 percent. The U.S. investment bank Morgan Stanley advises that India is positioned to overtake Japan and Germany to become the third-largest economy in the world by 2027, with the third-largest stock market by 2030.

First, India should present its immense religious and ethnic diversity by means of pageantry. India is the origin of four of the world’s major religions (Hinduism, Buddhism, Jainism, and Sikhism) and has approximately 200 million Muslims. The influence of Islam started in the seventh century with Arab migrations and continued with Ghaznavid, Turkish, Afghan, and Mughal authority in the subcontinent. Today, the Indian Constitution recognizes 22 languages, although there are many more spoken, particularly in rural and tribal areas. This degree of diversity poses major governance challenges, especially for the coalition governments of yesteryear, and sometimes the country has navigated this with difficulty. Nonetheless, India can position itself as a diverse and ancient society, with antecedents at least to the Indus Valley civilization, about 3300 B.C. by some estimates.

Second, India should emphasize the technology sector. This extends far beyond call centers and business process outsourcing: Software exports of over $155 billion in fiscal year 2022 demonstrate prowess in content. Further, early last year, Tata Consultancy Services briefly overtook Accenture as the largest information technology (IT) firm in the world with its market capitalization of $169 billion. However, technology leadership is not limited to IT. In 2013, the country launched its Mars Orbiter Mission, also known as Mangalyaan. After eight successful years in orbit of the Red Planet, it ceased to operate in late September as its batteries could not recharge, reportedly due to a solar eclipse.

Third, India should display but perhaps downplay its military prowess, ranking as it does in the world’s top four in scale of manpower. The Indian air force and navy by certain measures rank fourth and seventh, respectively, in the world as well. Partnerships with Russia, the United States, Europe, and possibly Israel could be featured, along with the Quad and Malabar Asian naval maneuvers. India can also present itself as a nuclear power: In July, the Bulletin of the Atomic Scientists quoted an estimate of the Federation of American Scientists that India possesses 160 nuclear weapons, with air-, sea-, and land-based delivery systems.

Fourth, India is fundamentally a coal-fired economy for the generation of electricity. Five years ago, the country affirmed a goal of creating a 175-gigawatt capacity for renewables by 2022. This was an aggressive target, and India has achieved two-thirds of it — while four progressive states (Gujarat, Rajasthan, Karnataka, and Telangana) have met their objectives. Putting solar installations and wind farms on display would be a good idea, since India is the third-largest carbon-polluting nation, after China and the United States.

Other major accomplishments that India can communicate to the world would be those that required a national mandate to “get it done.” The Green Revolution of the 1960s resulted in India becoming an exporter of food grains, and Indian farming has become more sophisticated. The family-planning movement, which was also started by the government of India in the 1960s and is known by the ubiquitous inverted red triangle, has resulted in fertility rates decreasing from nearly 6 at independence in 1947 (Statista) to 2.1 today (CIA World Factbook). Further, some progressive Indian states are below 2.1, similar to the West. A more recent national accomplishment is the Aadhaar or biometric identity project that embraces nearly all adults in the country. Aadhaar is a universal identity card based on an eye scan and fingerprints. An initial use was to efficiently manage subsidies to eliminate corruption, but it now has broad application for measuring population demographics.

India has the opportunity to portray itself as a democracy committed to rules-based order for trade and investment, and to the integrity of international borders. This is in contrast to authoritarian China, which has been in the grip of national protests against the zero-COVID policy of the government that are the most serious display of civil unrest since the 1989 Tiananmen Square massacre — and a threat to the authority of President Xi Jinping.

An increasingly belligerent China is also testing the resolve of India with regard to frontiers in the Ladakh region of Kashmir and in Doklam, a plateau and valley disputed between China and Bhutan, which has a security treaty with India to assure its defense. China’s behavior is doubtless the subject of boardroom deliberations about political risk — reducing debt and equity exposure as well as reliance on a China supply chain. India can position itself as an alternative to China, and Apple has already announced that it will manufacture the iPhone 14 near Chennai in southern India. (This was covered along with the foregoing Morgan Stanley prediction on the op-ed page of the Wall Street Journal last Friday.)

India may present the legacy of Mahatma Gandhi, although modernization and economic development have superseded the concept of rural self-sufficiency and the village as a principal unit of life. Nonetheless, Gandhi is a revered figure for moral authority, and the use of nonviolence, or satyagraha (“truth force”), to achieve political ends.

Skeptics of India’s success will be observing the numerous events that it hosts. The Western press is not particularly kind to India, focusing on human rights that encompass the caste system, women’s rights, and suppression in Jammu and Kashmir, now under the direct control of New Delhi. In April, U.S. Secretary of State Antony Blinken cited human rights abuses in India. In addition, there has been much concern in Western capitals over India’s reluctance to condemn the Russian invasion of Ukraine of last February and the country’s purchases of discounted Russian oil.  (This writer has recently addressed the need for India’s military reliance on Russia in The American Spectator.) The skeptics may also cite the need for consistent public policy, enhanced corporate governance, less protectionism, a reduced government deficit, and improved infrastructure to reduce operating risk.

On balance, India has indeed become a major economic and military force, and it has done so as a parliamentary democracy. A chance to occupy the world stage for a year does not come often. India and Modi need to make the most of it.

Frank Schell is a business strategy consultant and former senior vice president of the First National Bank of Chicago. He was a lecturer at the Harris School of Public Policy, University of Chicago and is a contributor of opinion pieces to various journals.