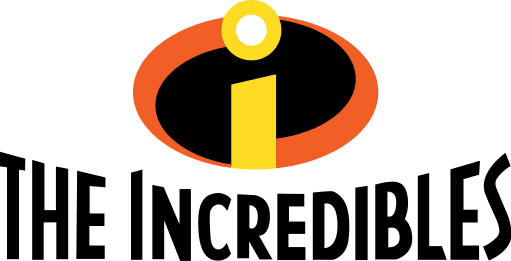 Incredibles 2 is a blast. It’s more grown-up than its predecessor. Characters struggle with their own challenges, but all of our main characters emerge more lovable and their changes are fully positive. The plot is fun, the villain interesting, and the animation superb. There are car chases with impeccable attention to detail and consistency.

The best part of the movie: The not-so-hidden libertarian theme featuring wealthy social activists looking to make a free-market difference. Who knew that the Left’s chief villains, Charles and David Koch, would be cheered in a blockbuster Hollywood movie?

The movie begins where the first ends, with the heroic Parr family once again trying to save the day from a man piloting a giant robot. They are successful in driving him back underground, but not before he robs a bank. The fight destroys a freeway and nearly city hall, bringing the problem of superheroes being illegal back to the forefront. The protagonists are told to lie low in a motel for a while, and the program keeping their secret is shut down. The kids–Dash and Violet–are confused. They did something right, they believe, and their powers are natural parts of them. They don’t understand the condemnation, and Dash even proclaims “It [his power] defines who I am!” before admitting he just heard it on TV. Bob (Mr. Incredible) agrees with the kids, while his wife Helen (Elastigirl) agrees in principle but insists they should be faithful to the law.

Enter the Koch brothers, or in this case, brother and sister: Winston and Evelyn Deavor. The Deavors inherited their father’s company, DevTech, and have built it up into a business empire. Now, they want to funnel their wealth into social and political activism, hoping to “make Supers legal again” (and yes, that is actually how they phrase it). These are already some similarities, but it is interesting to note that the original plan was to have the brother and sister duo be two brothers and that at one point Winston argues for supers by saying, in essence, that the government should stop preventing exceptional people from doing exceptional things.

Because no children’s movie can go without a well foreshadowed plot twist, Evelyn Deavor is the villain. As the plan to welcome supers back into society goes perfectly, it turns out that she is instead planning to manipulate the public into banning Supers forever. Her reasoning? Well, one, she blames supers for the death of her parents (her brother blames their death on the government for banning Supers). Two, she believes that Supers prevent people from actually keeping themselves safe. Essentially, she thinks that allowing exceptional people to do exceptional things has prevented society from mounting a collective response. To hammer home the point, she sneeringly derides “my free market brother” and his faith in Super’s in the same rant.

Of course, because it’s a kids movie, her plan is completely foiled and Super’s become legal again. The villain’s brother Winston is cast as hero. His activism is never portrayed as corporate meddling nor his faith in people misplaced. In fact, there is an easy libertarian reading for the whole franchise, as the Parrs and their friends chafe against restrictive laws and regulations that prevent them from using their powers to help society, precisely because society fears giving them that freedom. It’s a pattern that can be seen in other superhero stories as well: Spiderman struggling against a reactionary newspaper editor who wants the government to save him; Batman trying to avoid a police force more concerned with his independent efforts than the actual crime problem; the list goes on.

Go see Incredibles 2. It’s a great, fun kids movie with a libertarian message: be proud of talents, use them, and embrace the talents of others.