Word is seeping out. Frank Buckley and I have been offering our advice and a few speeches for Donald Trump’s campaign. There goes my longtime friendship with George Will. He began his writing career with AmSpec almost fifty years ago but apparently will not end it here or for that matter even in the Republican Party. He is now even on the outs with House Speaker Paul Ryan.

I think George will become a member of the Inadvertent Conservatives For Hillary (ICFH). There are others in this camp. They are composing the largest mass retirement from politics in recorded history. What will they write on in the future? George can write on baseball, but the others? Well, the field of stamp collecting is wide open. Franklin Delano Roosevelt was a stamp collector, so it’s not as though stamp collecting has always been off limits to students of politics. One imagines them launching a new movement, Neo-Philatelism. I await word of their Neo-Philatelist foreign policy. 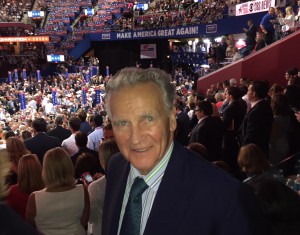 Meanwhile I continue to be immersed in the convention. Last night, yet another critic of Donald Trump committed suicide. George did it in print, but Ted Cruz did it in front of the entire Republican convention where he appeared as the guest of Donald Trump. Donald invited him to show his stuff with a choice spot on the speakers’ program, and Ted did. He displayed a smallness of character that I frankly had not expected. He spoke of conservative principles admirably. He was eloquent on the Constitution. Surely, having uttered such sonorous ideals he was going to go on and live up to his pledge to support the convention’s presidential candidate and to do all he could to beat Crooked Hillary. 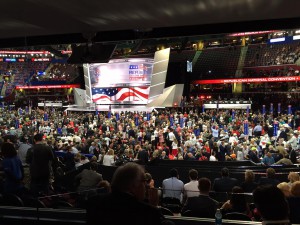 Yet before the entire convention he proceeded to ignore Donald. There apparently would be no endorsement from him! Thus just as he was about to shut down, there appeared from the rear of the vast arena an exultant Donald Trump, waving is hands gracefully and entering the Trump box to an avalanche of cheers from the audience and attendant boos for Cruz. His wife had to exit the convention under guard and a chorus of rude howls about Goldman Saks.

In my judgment there has never been a more conservative Republican convention. There have been equally conservative conventions, but none more conservative. There are no Rockefeller Republicans here or even many moderates, but there is Donald Trump and he grows more conservative by the hour. He has one more opponent to beat in the race for the White House, and — as I wrote in June 2015 — I write with greater confidence today. He will win.

More pictures from the convention: 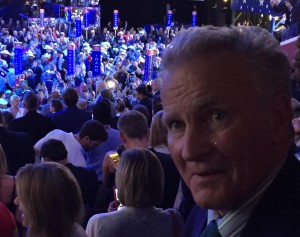 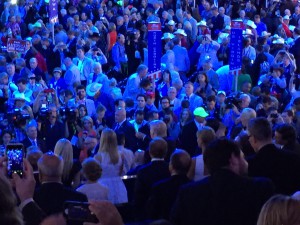 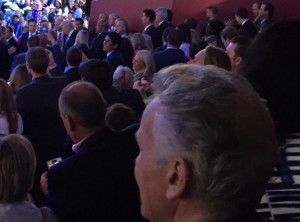