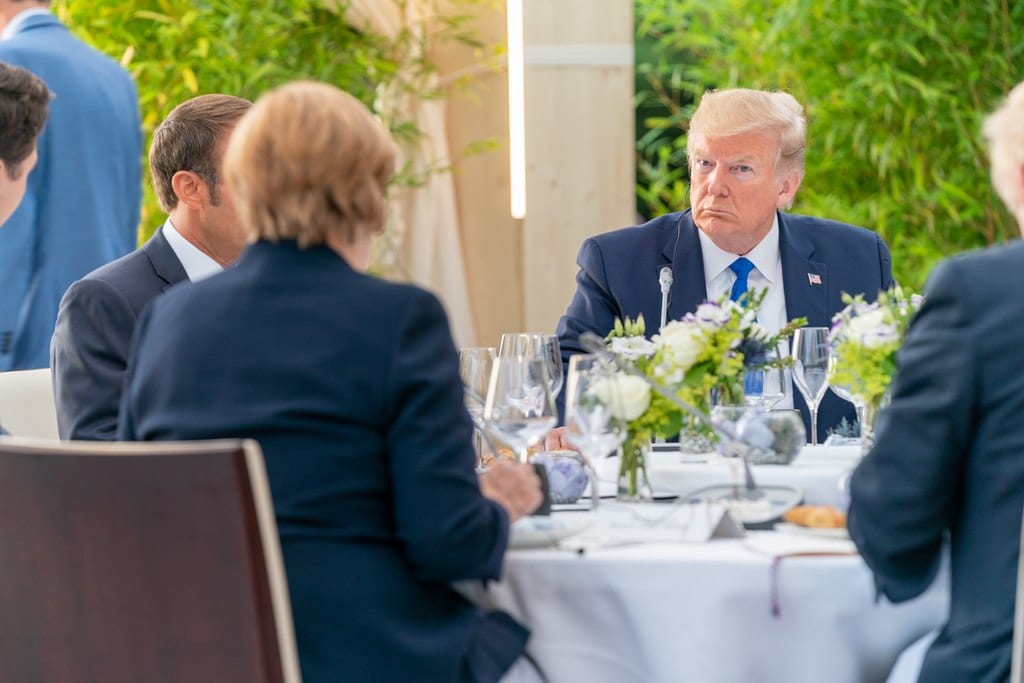 Thanks to the talented Scott McKay for the debate on how to think about Trump’s tweets and overall approach to the current trade kerfuffle with China. Scott’s response to my original article has inspired me to respond as well:

Thanks for the debate!

The Japan trade thing is better than nothing, but small — than the administration wants us to believe — and the Japanese are already pushing back on Trump’s claim that they’ll buy a lot more grain. (From the Japan Times: “Abe referred to a ‘potential’ purchase of the corn and said it would be handled by the private sector.”) Japan is a small player in buying our grain. That’s why, as of Monday morning, corn futures were unchanged. Soybeans jumped a bit after news of talks with China, but the Japan deal didn’t impact them measurably either.

I don’t think you can get away with “seriously but not literally” when Trump not only tweets “I hereby order” American companies to behave in a certain way and then follows it up with referencing the section of law that he thinks gives him that authority. I think you are trying too hard to tell us “what he meant” when he actually said what he meant. The important aspect of this is not that he’s hurting himself every day on Twitter but rather that that was one of his first statements that I’d expect to give pause to politically moderate business owners and managers. They might have been thinking, “He has a plan, and even if it hurts a little in the short run I will support him.” That tweet risked those people saying, “Who does he think he is? And what might he try to ‘order’ me to do next?” It showed a man without a plan. It was not a small mistake. Clearly someone told him that because he backed off pretty fast when reporters asked.

I do agree with you that one effect of this will be to permanently move some supply chains to outside of China, and that is good for the U.S. (even though almost none of that manufacturing will relocate to the U.S.). I’m very happy with Trump’s pushing back hard against forced technology transfer (or IP theft). Trump is right to note that presidents before him should have taken on these fights when they would have been easier to win.

Interesting to see a big drop in yuan Monday to an 11-year low and the stock market still up, after the yuan cracking the 7 level a little while ago was spoken about as the reason for a huge sell-off. It’s true that the decline is offsetting a portion of tariffs, but nowhere near all … not even half. The price of imports from China is up. Period. We all need to be very careful not to cherry-pick data points to make a move in a market seem bigger or smaller than our argument would like it to be. A five-year chart shows that the yuan is down about 14 percent from its highs in early 2018, but it began weakening as soon as the trade war seemed clearly “real” to the markets and not because of manipulation. Furthermore, the yuan is only 4 percent weaker than it was in early 2017 and only 4 percent weaker than it was about 10 months ago. Anyway, even if you wanted to cherry-pick nearly the biggest part of the move, which wouldn’t be reasonable, currency decline could barely offset half of 25 percent tariffs.

I don’t see why we should have great faith that Trump “can produce a result that works for the country here.” Maybe he can, in part because sort of has to … and so do the Chinese, but there is zero evidence that Trump is capable of coming to a significant agreement with a foreign power that is at least close to the U.S. in financial strength. It’s one thing to bully Mexico and Canada (into a deal that’s probably worse for the U.S. than the original deal); it’s another thing entirely to try to push around China or the EU, and there’s literally no evidence that he knows how to negotiate these things, despite people’s hopes based on his Art of the Deal book, which he didn’t actually write. Beyond that, he remains as yet unable to get the new NAFTA (USMCA) through the U.S. Congress. So you’ll pardon my inclination to withhold the applause until I see the final act … which I hope is a great one.

It also doesn’t help Trump’s negotiating position that he calls the Chinese dictator a “great leader,” as he did again on Monday. It is almost amusing that Trump thinks that every actual “strongman,” which is how Trump apparently thinks of himself (e.g. “I hereby order American companies … ”), requires the same sort of daily watering of the gnarled vine that is his narcissistic ego as he does. What is it about this guy that has to constantly use positive adjectives about Xi, Kim, and Putin and talk about our allies in terms that are mixed at best? It really is sort of pathological … but at this point it’s also predictable, and I think that predictability is giving the Chinese more leverage than Trump or his supporters want to believe. Additionally, he seems utterly reactive at this point. He said he’d raise tariffs on Friday after the Chinese did, and then on Sunday night he had some slightly soothing comments only after the Chinese did.

I do think this can work out for the U.S. And again I already give Trump credit for taking on some serious issues with China that other presidents should have taken on before now. But he’s making this harder than it needs to be while constantly lying to the American public (e.g. the Chinese are paying the “billions of dollars we’re taking in” through tariffs) and outrageously asking whether his Fed chairman is a bigger enemy than his “good friend,” the “great leader” who is the dictator-for-life of a country that is trying to weaken America in every possible way all around the globe.

As has been pointed out by quite a few folks in the financial press in recent days, the biggest risk to the markets and the economy right now isn’t so much the actual level of trade with China as it is the constant roller coaster of uncertainty. As I heard someone say on Monday, “CEOs can price tariffs into their business plans, but they can’t price this level of uncertainty.” This is the kind of thing that could tip us into a slower economy, perhaps even a mild recession, which would be disastrous for the GOP in 2020. I’m not predicting that, but you certainly can’t rule it out. And if it happens, nobody other than Trump and a modest percentage of his hardcore base will blame anyone but him.

With China trade, President Trump is doing something important, but he’s not doing it very well. Of course we all have to let it play out, but that doesn’t mean this president or any other politician should not have errors pointed out. And to the extent that Trump supporters think that most people share your view, they will “misunderestimate” (one of my favorite Bushisms) the chance of his losing re-election next year. He needs to get a deal done or he stands a real chance of losing to a Democrat who is so radical (by U.S. standards) that he or she should be unelectable. Papering over errors that most of the country sees doesn’t do much except soothe the can’t-take-any-criticism-of-our-man base while preventing the administration from hearing that there might be a better way … a way that leads to re-election instead of to a President Biden or Warren, etc. I don’t love President Trump but I have truly never heard of a scarier proposition for this nation (during my lifetime at least) than “President Warren.” When it comes to solving “his” trade war with China, I wish him tremendous success in this very important endeavor.

Because a deal in which the U.S. wins and China loses is impossible, I suppose if I were talking to Trump and Xi, I’d just reiterate the wisdom of Dr. Rumack: I just want to tell you both “good luck.” We’re all counting on you.

Again, I really appreciate the conversation!