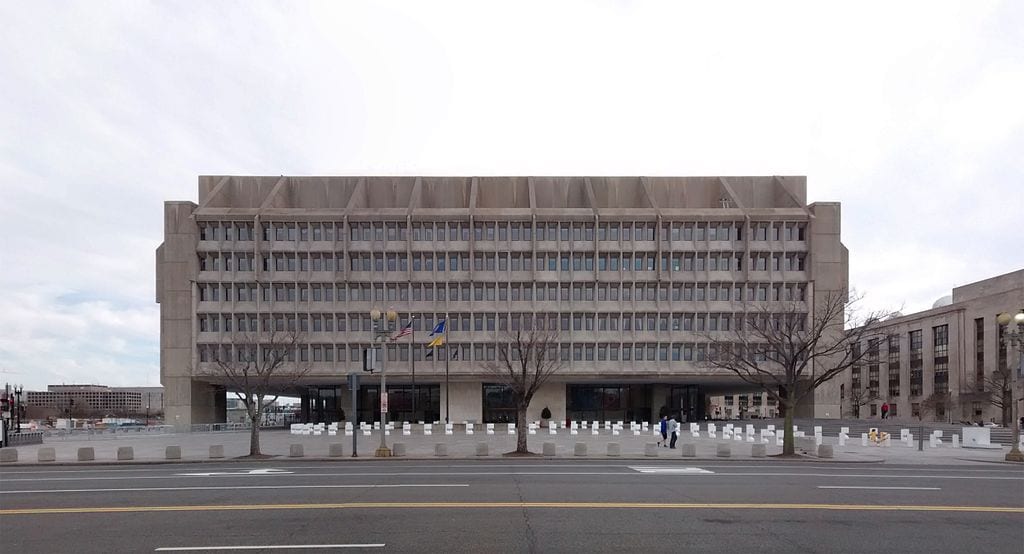 It all seemed to begin innocently enough at the most recent Cabinet meeting when President Donald Trump turned to the Director of the Office of Management and Budget for what he called a “little report” about his agency’s ideas on how to fulfill the president’s promise to drain the Washington swamp by restructuring the national government bureaucracy.

As his statement showed, President Trump simply thanked his director, prudently not endorsing specific recommendations. Yet, every news story implied presidential support — for this was the swampland, where numerous little critters are always at work in the marsh undergrowth.

It turns out these proposals had been leaked days earlier to reporters by presumably unauthorized OMB staffers as proposals by the “White House,” and using this term was on every media headline before and after. Worse, all media then characterized the report as official administration policy — many even before the president had the proposal.

The real White House Office specifically characterized the OMB proposal not as policy but merely as “a cornerstone for a productive, bipartisan dialogue.”

The fact that these recommendations were from OMB rather than the president is critical since to speak in his name is the swamp’s greatest power. Indeed, a quarter century ago I wrote a book actually cited in OMB’s report, and endorsed by then experts in the public administration professoriate, arguing that OMB was “the power center” of the “career bureaucracy,” indeed the central office of the so-called deep state.

This is no accident. OMB was specifically created by the Budget and Accounting Act of 1921 to centrally set priorities by requiring agency budgets to be first cleared by OMB career experts rather than submitted directly from agency heads to Congress, as had been the historic practice since the Founding. The intellectual guru behind the whole conception of the modern administrative state, Woodrow Wilson, in his academic years had criticized Congressional budget control as inefficient and dominated by parochial concerns; but even Wilson as president refused to sign the Act as unconstitutionally taking power from Congress, perhaps anticipating OMB would start speaking for the president rather than acting as his agent.

It did not become law until get-along good guy Warren Harding was snookered into signing it. Congress ended deferring to OMB’s claimed expertise while most line agencies resented OMB using the president’s authority to second-guess their operations.

Acting in the president’s name requires subtlety. An effective swamp management strategy must lead with sound proposals and the current OMB plan offered several. One was to consolidate all welfare functions into a renamed Department of Health and Public Welfare to consolidate the current HHS with the $70 billion, 40 million client food-stamp program from the Department of Agriculture plus its school nutrition and education programs.Putting them together makes sense, as do consolidating Departments of Education and Labor, food safety functions, and economic assistance resources. Even these have their drawbacks, as consolidating agencies leads to more levels of bureaucracy further complicating efficiency. In any event, Congress is unlikely to approve large consolidations, upset with the continued malfunctioning Department of Homeland Security integration. The more effective solution is to send domestic functions back to the states.

There is one report proposal OMB has been pushing in Congress for years with some success that illustrates how its long-term interests set its priorities over those of a current president while acting in his name. For some reason, some career OMB functionary has had a fixation on the matter of government security background investigations which historically have been a responsibility of the U.S. Office of Personnel Management (OPM), where I was once director.

A little history is helpful. In 1950, Sen. Joseph McCarthy made the blockbuster claim that there were 200 spies within the U.S. Department of State and additional ones in defense and critical domestic agencies. The charge’s kernel of truth caused an uproar that almost overturned the presidency of Harry S. Truman. In response to claims that such agencies were too protective of their own employees, especially in re-investigating employees after they had become part of an agency “team,” Truman sought an outside institution free from team-bias to perform security investigations, turning to OPM’s independent agency predecessor to administer them.

Given the size of the Department of Defense (DoD), OPM for a while delegated the performance of those investigations, but not authority over them, to DoD. While Director of OPM, my oversight staff discovered that DoD was not performing background reinvestigations because they were a team who all knew each other’s patriotism and reliability and did not need them. My staff invoking its authority (and a recently exposed spy example) fought its way up the bureaucratic chain to the deputy, and DoD still refused the order to perform them. It took my prior political relationship with him to convince Secretary Caspar Weinberger that his agency must resume re-investigations.

Following the 9/11/2001 attacks, DoD concluded that even simply performing investigations was not a primary mission and in 2006 requested that OPM perform as well as supervise all investigations, which led to all former DoD investigators, staff, and resources (and backlogs) being transferred to OPM. But when Congress last year took up the 2018 National Defense Authorization Act, OMB intervened in the name of the presidential administration to support a Senate staffer-proposed phased transfer of OPM Defense investigations back to DoD, which became law. And now OMB proposes that DoD take on not just Defense but all civilian background checks. For this year’s 2019 authorization, OMB further threatened the House Armed Services Committee with a presidential veto if it did not remove its proposed amendment to prohibit actually transferring investigations from OPM to DoD.

But such matters as investigations were small fry; for OMB’s key proposal in the president’s name was nicely tucked away in the middle of its plan where the Office of Management and Budget boldly proposed to consolidate all government-wide management functions — guess where — in OMB’s Executive Office of the President! It proposed to defang its OPM competitor agency in trying to improve government management, the majority of which is normally agreed to be personnel administration.

The OMB plan would transfer OPM’s supervision of employee retirement, its oversight over employee health and benefits matters, its designation of work rules, its job classifications and its other processing functions that are the muscle of OPM to a renamed General Services Administration (GSA) and, as noted, its background investigation function to DoD, while transferring its personnel policy functions to the EOP where the OPM director would become just another policy advisor isolated deep in the bowels of the Old Executive Office Building.

Overall, not a bad day’s work by the power center of the deep state swamp. Actually, consolidating management agencies is not a bad idea. Indeed, I proposed it in my book 25 years ago, to merge OMB, OPM, and GSA but only by moving them outside the larger presidential office grounds to actually interact with agencies in the field and leave the president to his folks at WHO. As an independent cabinet agency out where the work is performed, its merged staff could actually manage the bureaucracy rather than managing the president, hopefully becoming less credible speaking in his name on matters about which he had not been consulted, such as where to house background security investigations.

The answer to such shenanigans is to illuminate the swampland. House Armed Services Chairman Mac Thornberry should begin this process by asking OMB who there was informed by President Trump that he would veto Thornberry’s committee’s amendment prohibiting the transfer of investigations from OPM to DoD, exposing to public scrutiny this old swampland trick of bureaucrats purporting to speak in the president’s name.

Donald Devine, senior scholar at the Fund for American Studies, and the author of America’s Way Back: Reconciling Freedom, Tradition and Constitution, was director of the U.S. Office of Personnel Management during President Reagan’s first term.