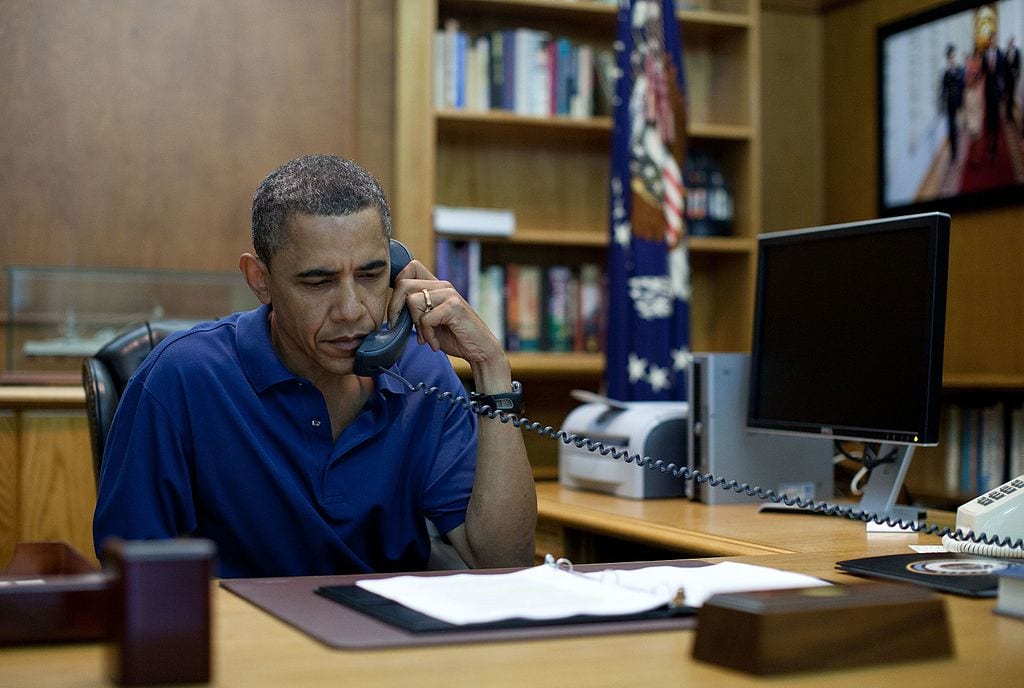 Last week, the crypto-anti-Semitic Democratic representative from Minnesota, Somali-born Ilhan Omar, castigated former President Barack Obama as having nothing more than a “pretty face” who got “away with murder.” Despite Representative Omar’s undesirable policy stances and personal bigotry, her assessment of President Obama was shockingly accurate.

In 2008, Barack Obama ran on the ambiguous promise of “hope” and “change.” He made sweeping — unsubstantiated — claims about his ability to bring peace to the Middle East; to save the ailing American economy; and to make the world’s ocean levels recede. In the shadow of the disastrous Iraq War and the miserable Great Recession, Americans were ready for a change. It was one thing to reelect Republican President George W. Bush in 2004, when there were two wars ongoing in the Middle East, but the economy was doing well. It was an entirely different paradigm when voters were asked to elect Republican presidential candidate John McCain in 2008, while they were facing two endless wars and a collapsing economy.

Plus, Barack Obama was an appealing candidate to many — particularly to minorities and the rising Millennial generation, many of whom were able to cast their first vote in 2008. The first African-American to ever have a chance at winning the presidency, Obama was a Gen-Xer, making him more appealing to voters in 2008, given his youthful and vibrant appearance.He was also very well plugged into Pop Culture and he was a “mainstream” news media darling. In essence, Obama was a rock star. His opposition, meanwhile, was old, represented an unpopular party at the time, and could not get out of its own way.

Crashing Back to Reality

Once in office, though, a funny thing happened. The oceans did not recede. In fact, according to the American Left, anthropogenic Global Warming got worse! The economy did not get better either. Unemployment stayed above five percent for most of Obama’s presidency (and real unemployment, the number of those who have no chance of finding work ever again, was in the double-digits).

What Obama did focus his energies on, particularly in his first two years, was forcing a highly unpopular healthcare law on the already-struggling American people. The “Affordable” Care Act did nothing to ameliorate the onerous cost of medical care in the United States today. Its implementation, like its passage, was rushed and created more problems than it had helped. And, Obamacare simply added to the ballooning debt. Speaking of which, the 44th president has the dubious distinction of not only having presided over eight consecutive years of turgid economic growth, but also of having exploded the country’s debt to historic levels.

A Tale Told By an Idiot, Full of Sound and Fury, Signifying Nothing: The Obama Doctrine

Former President Obama also did not handle foreign policy any better than his much-maligned predecessor had. Oh, yes, he did withdraw the United States from Iraq. But he did so in a haphazard way that paved the path for Iran to effectively colonize Iraq. The precipitous drawdown also directly led to the destabilization of neighboring Syria and the rise of ISIS. At the same time, the Obama Administration adhered to its ridiculous campaign promise of “surging” into Afghanistan — the supposed “right war” — with intention on “winning” that campaign (whatever that was supposed to look like). As Bob Woodward reported in his 2010 bestselling book, Obama’s Wars, President Obama was skeptical that the United States could achieve anything resembling victory in Afghanistan with his surge. Yet, plunge ahead with a wasteful “surge” into Afghanistan he did (politics must be served, after all).

Meanwhile, the former president maintained an aggressive global drone warfare campaign that likely violated a bevy of international laws and may have killed tens of thousands of innocents around the world. He also encouraged the rise of radical Islamist groups, in places like Egypt, Libya, and Iran — while praising their adherence to “democratic values.”

Not the Fundamental Change You Can Believe In

Then, of course, there were the despicable actions he took on the domestic front. Under the guise of fighting the Global War on Terror, Obama allowed for the most egregious abuses of American civil liberties to be conducted by the U.S. intelligence service. As that occurred, Obama also ordered the spy services to wiretap Fox News reporters with whom the administration disagreed. It was later revealed that the Obama Administration’s IRS had engaged in unlawful practices during the contentious 2012 presidential election cycle meant to curb the ability of conservative groups to fundraise and generate support for Republican political candidates.

Obama also engaged in several pay-to-play schemes. In return for their copious support of his political campaigns, Obama bailed out the American auto industry and ensured that the auto workers union were given immense payoffs in the form of federal tax dollars. Obama allocated hundreds of millions of tax dollars to prop up the failing solar energy company, Solyndra, as well.

The most-dastardly misdeed of all, though, is only coming into view since Obama left office. Whatever one’s opinion of President Donald J. Trump, the fact remains that he and his inner circle have been the subject of one of the most corrupt federal investigations in history. Having won in 2016 by defeating the highly favored Democratic candidate, Hillary Clinton, Trump has been made to endure endless rounds of a special prosecution investigation alleging he and his campaign “colluded” with Russia to rig the 2016 election in Trump’s favor.

After three years, most of these claims have not only been disproven, but they’ve been proven to be a lie. In fact, all of the claims were based off a salacious opposition research document compiled by a former British spy — who was supportive of Trump’s political opponents in 2016. Rather than having been met with skepticism, though, the Obama era intelligence community accepted the dossier alleging Trump-Russia collusion and used that as the pretext to spy on the Trump Campaign; to pursue Trump campaign officials legally; and to stymie the ability of the Trump Administration to govern effectively. On his way out of office, Obama and his minions made moves to ensure that the incoming Trump Administration could neither defend itself fairly from these unsubstantiated attacks nor simply end the baseless “investigation.”

Here is the true legacy of Barack Obama. This list (which is by no means exhaustive) illustrates a list of violations that, had any other president committed them, would have ended in criminal prosecution. Yet, for Obama, his winning complexion; youthful vigor; rock star treatment by the press, allowed for him to get “away with murder.” So, despite her best efforts, the radical Ilhan Omar was actually correct in her criticism of Obama. In fact, she likely downplayed the extent of Obama’s reprehensible misdeeds as president.