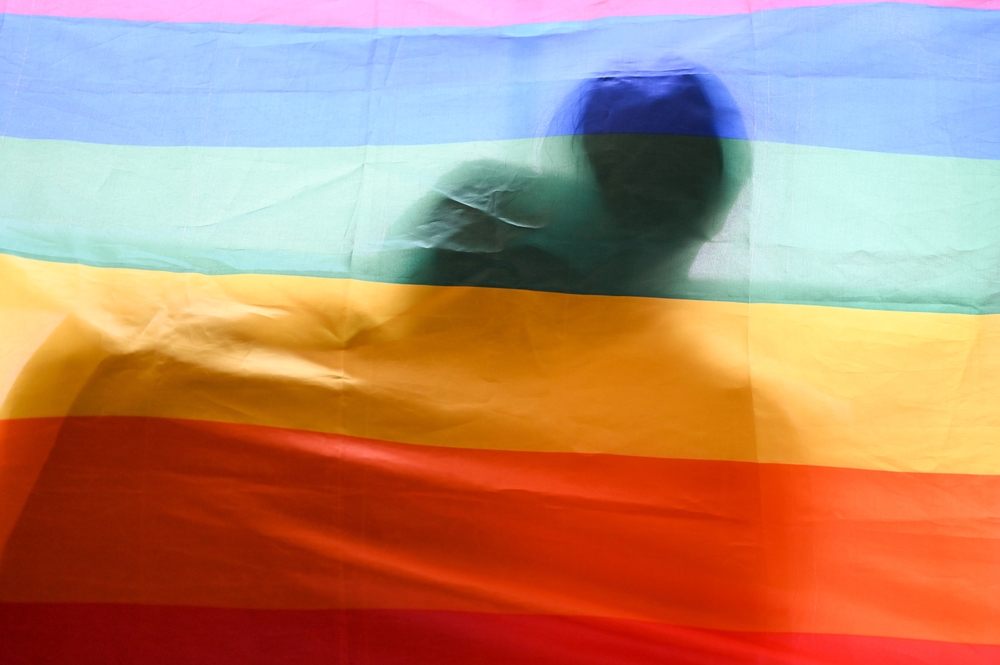 We are over-inundated — not just inundated, as in a deluge or a Category 5 hurricane, but over-inundated — with virtue signaling that tells us that our humanity and compassion can be gauged only by whether we join up with the LGBTQIA+ advocacy crowd. Despite the societal pressure to join, I am not one of their card-carrying members. They are not persecuted. Not even disadvantaged. (Watched any TV lately? Been to a movie? The theater?) And don’t even get me started on the letter “B.” (But see below.)

The Torah — the Bible — forbids homosexuality (Leviticus 18:22, 20:13), characterizing it explicitly as an immorality that typified “the ways of Egypt” and that led G-d to expel the Canaanites from a Holy Land that would not abide such immorality (Leviticus 18:3, 27–28). For secularists, homosexuality is a matter of civil rights, plain and simple, like freeing the victims of 19th-century slavery or ending apartheid in South Africa (but not stopping apartheid in Arab Muslim countries, nor ending slavery there or in Africa, nor advocating for Uyghur Muslims in Communist China). By contrast, for religionists, homosexuality is a matter of morality and biblical import. Despite the virtue signalers’ “straw man” arguments, religionists and many socially traditional secularists deeply oppose gay-bashing and strongly support treating all people with respect, but we prefer the modesty of “Don’t Ask, Don’t Tell.” We don’t need to know about the next guy’s sexual preferences, whether he prefers his spouse of the opposite gender to whom he properly is married, or adultery with mates of the opposite gender, or prostitutes, or Obama or Trump voters, or those of the same gender, or consorting with sheep or cows.

None of our business. Not interested. Keep it to yourself, the way religious and secular civilized people always did in morally upright societies. Think of how the Bible speaks ever so gently about how Adam “knew” Eve. That’s enough. We get the point. We don’t need it spelled out like Cardi B lyrics or like some of the more disgustingly explicit stanzas in street hip-hop repeated over the loudspeakers at the gym. Movies in the 1930s, ’40s, ’50s, and ’60s knew how to communicate without having actors disrobe and risk catching cold, while all the 200 people listed on the screen credits at the end of the movie watch the live action unfold in the studio. The dropping of the “Walls of Jericho” in It Happened One Night. The breaking waves in From Here to Eternity.

Sexuality is a private matter, always had been among civilized folk, still is for most religionists and even for atheists with good civic manners. The only outlier expressions of sexuality that should concern us as a civil society should be those in matters pertaining to statutory rape — violating children and other minors, even consensually, as per statute — and other forms of outright rape. Some would add prostitution and voluntary incest to the list that government should regulate; I leave that discussion for libertarians to debate. And don’t even get me started on the letter “B.”

Even the most morally focused married man may, at some point in his life, observe a woman besides his wife with whom he wishes he could consort, at least once. Maybe more than once and maybe more than one woman. But that’s between himself and he, rightly reserved for the area between his ears, not for anyone else except, perhaps, his therapist, if he feels he needs to discuss it. He knows he never will act on that desire because he is bidden to restrain that impulse, much as he is compelled to restrain the impulse to steal or rob, notwithstanding the evil “Robin Hood” pseudo-morality that extols robbing from the rich to give to the poor. The rich have earned the right to the wealth they have accrued by their wisdom and calculated risk. The Bible speaks of Abraham’s and Isaac’s wealth as a good thing, G-d’s rewards to them for their righteousness. Just because certain segments of a degenerated society say something is OK does not make it so.

If that man — or a woman similarly desirous of intimacy with a man forbidden to her — begs society for sympathy, what can we tell him? If he is seeking pastoral care in private, OK, we can counsel. But, to some degree, his therapist or spiritual adviser ultimately will tell him, “Welcome to the Club of Humanity.” Republican disdain for President Bill Clinton’s time with Monica Lewinsky and Democratic criticism of Republicans who strayed similarly reflects this societal morality. And don’t even get me started on the letter “B.”

“But I am drawn to this married man or woman, and his or her marriage is falling apart anyway. And my spouse never will find out.” Sorry. We can’t help you. What other response are you expecting?

This is Ten Commandments 101. A country may support an infantry but not an adultery. There simply is no room to permit the obviously forbidden. Public morality matters. And what if he can’t sleep, can’t eat over this unfulfilled passion? What if he threatens suicide? We try talking sense to him, but we cannot conceivably entertain the thought of formally permitting adultery or any other forbidden intimacy just because he says he will kill himself otherwise — a favorite LGBTQIA+ talking and threatening point. And if he does act on the forbidden and afterwards seeks our guidance and sympathy, we religionists guide him to religious repentance or secular regret.

What conceivable argument can be made for advocating for bisexuals who, by their own self-definition, are as drawn to biblically permitted relationships as to the forbidden? Like them, heterosexuals are bidden to control desires. No bending the rules to accommodate threats of suicide. Yet the “LGBTQIA+” community adds “bisexuals” to the list of the persecuted.

This is not at all to suggest that we should legislate against bisexuality. Not at all. Live and let live. Just don’t force others whose personal values differ to countenance behavior that offends the very core of religious morality. Don’t force us to bake cakes, take photographs, or arrange flowers to celebrate behavior we cannot countenance. It is that very fight that now pits Orthodox Judaism’s Yeshiva University, the parochial institution where I was ordained a rabbi at the Rabbi Isaac Elchanan Theological Seminary, against AOC, the “Squad” of Democratic “progressives,” and a small group of LGBTQIA+ activists at YU who are demanding that the courts coerce the university into granting its institutional imprimatur to a “Pride Alliance.” YU refuses to be bullied.

As for the “B,” there is no conceivable basis for advocacy for bisexuals — any more than for heterosexuals yearning for societal approval of adultery — other than a knee-jerk, unthinking parroting of woke, “progressive,” secularist rallying cries.

Not that religionists can smile on homosexuality or lesbianism either. But bisexuality is such a nonstarter that it is included in the acronym only because we now live in a completely immoral Western society where anything goes and attracts support, money, and defenders.

The ways of the “progressives” and the woke are not our ways. It is as simple as “B.”