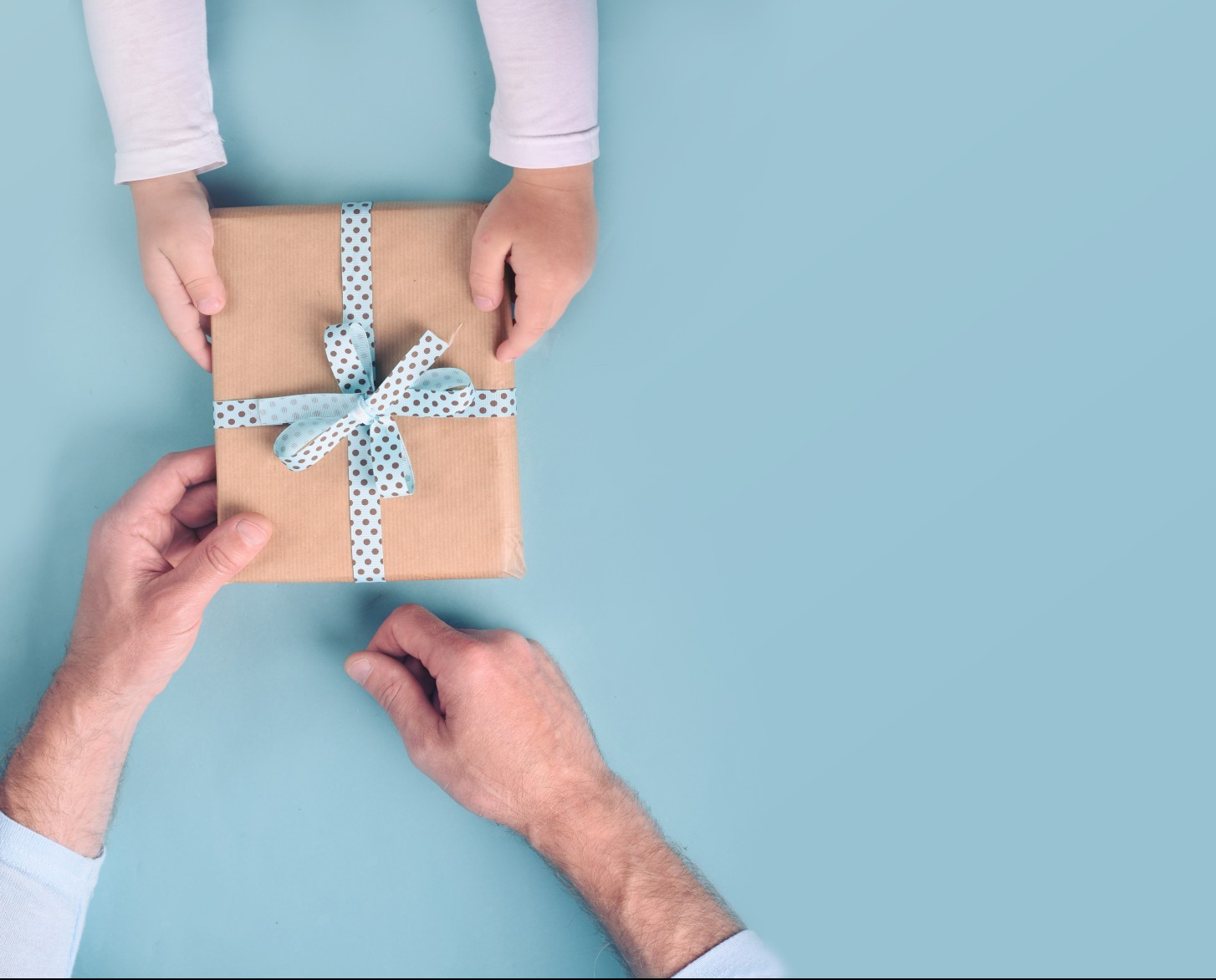 Fatherhood is calmness, certainty, and trust. Because one day they put a baby in your hands. Tiny. Irritated, still crying its first. Examining blindly with new senses, it calms down in the presence of a man whose voice has accompanied it throughout those nine months of placidity inside its mother’s womb. You kiss its forehead, very soft. It smells like a baby, obviously. Everything makes sense. A whole disposition then settles in the father’s eyes, an instant, innermost, and totally silent surrender: I will love you forever and ever.

And you’re a parent. And you madly love the gift from God that a doctor just put in your hands, without even knowing how to use it yet because it came with no instruction manual, not even a damn QR code on a buttock. But you know that love, tenderness, emotion, and plenitude have come home to stay. After that day, nothing will ever be the same again. All the happiness that is possible on this earth ceases to be a plastic chimera and becomes gleeful flesh and blood.

The father then learns, not without a shock, the little details of the rudiments of baby care. And he deploys all his dedication around a mother who is still tired after so many months of engendering flesh of her flesh, giving up half her life in love, for love. And the father is as loyal as a soldier is to his army as he is in the small daily battles of searching, in the dark and in the middle of the night, for the elusive adhesive flaps of the diaper, arranged — as all well know — by the manufacturers with the noble purpose of killing dads by nervous breakdown.

Fatherhood is, in the future, their life before yours. Fatherhood is blood, sweat, and tears for the safety and happiness of another. Fatherhood is an enormous fit of laughter at the amusing progress and the inspired witticisms of children. Fatherhood is the highest aspiration of a man. It is the fulfillment of an unquestionable vocation, that of caring for and educating children before any other contingency on earth.

To be a father is to discover impossible colors that do not exist in nature in the stains of your tie. Or to reach into the glove compartment only to plunge your fingers into the sweet sticky mess of a melted chocolate bar. Or to arrive at the office with a pink stuffed animal tucked inside the pocket of your jacket.

Often, fatherhood is cooking for a legion of hungry children capable of banging their spoons against the plate for seven hours straight, painting the house when the walls go dull and ending up covered in varnish, shining like polished wood, always serving without expecting to be served, with the only exception of accepting, when necessary, the affection that others also want to show the head of the family, who mumbles manly indifference while melting inside from letting himself be loved.

It has never been easy. It is to cross a jungle of insecurity carrying the banner of patience and certainty. To be a parent is to not waver. To be a father is to say, as mine has always said, “nothing is terrible,” even if it is raining lava from the sky. It is, in short, to always stand up in the face of danger. It is to dethrone fear. It is to raise all courage. It is to forge character in the corrective insistence of humility and to annul one’s own vanity without losing an iota of dignity.

Being a parent is also, at times, loneliness and incomprehension. It is also raising a prayer to heaven and a smile to earth, perhaps after having cried alone. It is the tearing apart of those you love, when work or life demands it, when that baby in your hands flies to another country and starts his own path, when death, the passing of time, or illness splits in two the unique heartbeat of a home. To be a father is to know how to suffer in silence even in this way, knowing that the common heartbeat that once sounded under the same roof remains the same now, palpitating, even if it is scattered over all corners of the earth and time. Because being a father is forever.

And it is, all in all, protection during childhood, drive during youth, and a beacon for the rest of the Way. It is the severity that becomes happiness. The teaching that disturbs without hurting, the punishment that forges the child into something good for the world, for others, for a lineage, for a nation, for a cause. Fatherhood is such a conjunction of strength and everlasting affection, and in such a perfect balance, that it can only be inspired, even in the distance, by God himself.