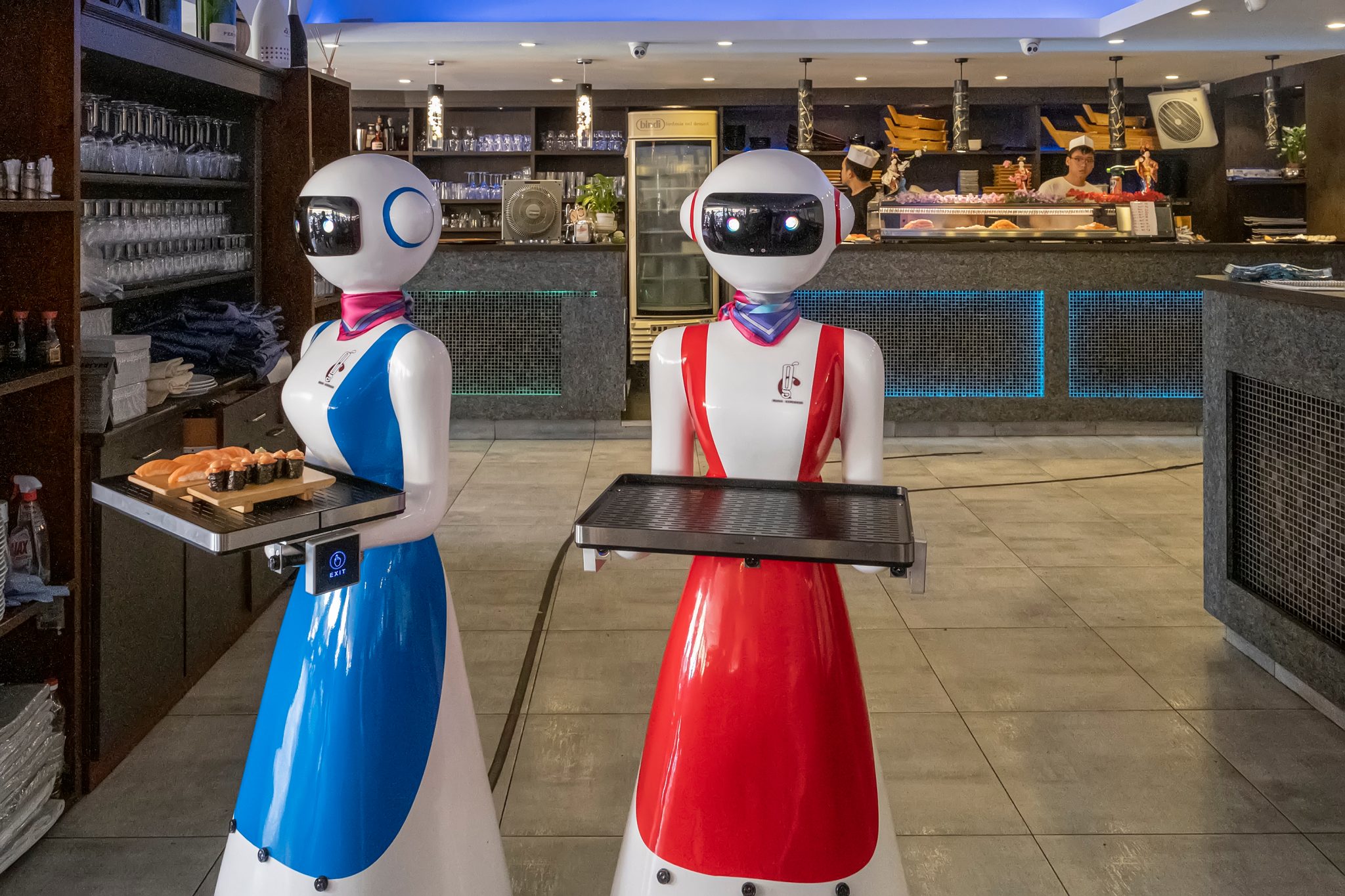 “Excuse me, waiter” may soon be a saying of the past. Last week, the Qianxi Robot Catering Group opened a restaurant in the city of Shunde in China’s Guangdong Province. A few key takeaways regarding the new restaurant are its 21,527 square-foot space, its diverse menu — and the fact that there will be no waiters, hosts, food prep staff, or human employees.

Yes, you read that right: The new, futuristic Chinese restaurant will be entirely operated by robots. The facility is home to 20 different robots that are capable of seating guests, making drinks, taking orders, prepping food, and every other task done by traditional waiters.

Through artificial intelligence technology, each robot learns how to make certain dishes by observing the behaviors of human chefs.

The (human) owner of the restaurant said that this concept could be a cutting-edge solution in China’s fight against the spread of COVID-19. Customers could have a sit-down meal without interacting with another human while eating food that has not been touched by another person.

The machines have the capacity to make anything from traditional Chinese cuisine to a cheeseburger and fries. Additionally, the fully robotic staff has the ability to serve more than 600 customers at once. Meals can be ready in a matter of seconds.

The video shows the robots preparing meals on an assembly line as well as interacting with and serving its dining customers. It also displays children having a great time with the robot as it serves them ice cream.

Through artificial intelligence technology, each robot learns how to make certain dishes by observing the behaviors of human chefs. Quanxi Group’s general manager, Xiao Ran said, “The cooking robots ‘learned’ how to prepare complicated Chinese dishes by imitating the actions of experienced human chefs, then had their operations improved through a lengthy trial-and-error process.”

Automated food production technology has been tested and implemented for years in China and across the globe. Here in the United States, restaurants have already begun using robots to assist in the food production process.

Spyce Restaurant in Boston has a fully automated kitchen where customers order their meals on a kiosk and it is then prepared by robots. The only role humans play in the culinary process is ingredient preparation at an off-site kitchen. So much for the culinary arts!

Qui Mi, of the Qianxi Group, said, “During 2020, the group plans to build more centralized kitchens to further expand in the cities of Guangdong-Hong Kong-Macao Greater Bay Area while achieving mass production of robots with an expected output of some 5,000 units per year.”

On the same day of the restaurant’s opening, the Qianxi Group entered a long-term strategic agreement with Siemens (China) to accelerate this new automated culinary concept. In recent years, the Chinese food service industry has had issues of overcommitting and over-investing in next-generation technology concepts.

While some technologies such as “Flippy” the robotic hamburger flipper have begun to catch on, many automated culinary technologies have been a flash in the pan.

The obvious pros of this new technology are the contactless component in the midst of a global pandemic as well as the higher rate of efficiency produced at a lower cost as compared to a human worker.

While the United States continues to raise its minimum wage and the cost to operate a business, companies have begun to turn to automated alternatives to lower their operating costs. Companies such as McDonald’s have installed kiosks in stores across the world.

As labor costs increase and Americans begin to desire more contactless forms of customer service, there is certainly a possibility that technologies such as human-less restaurants could one day come to the United States.