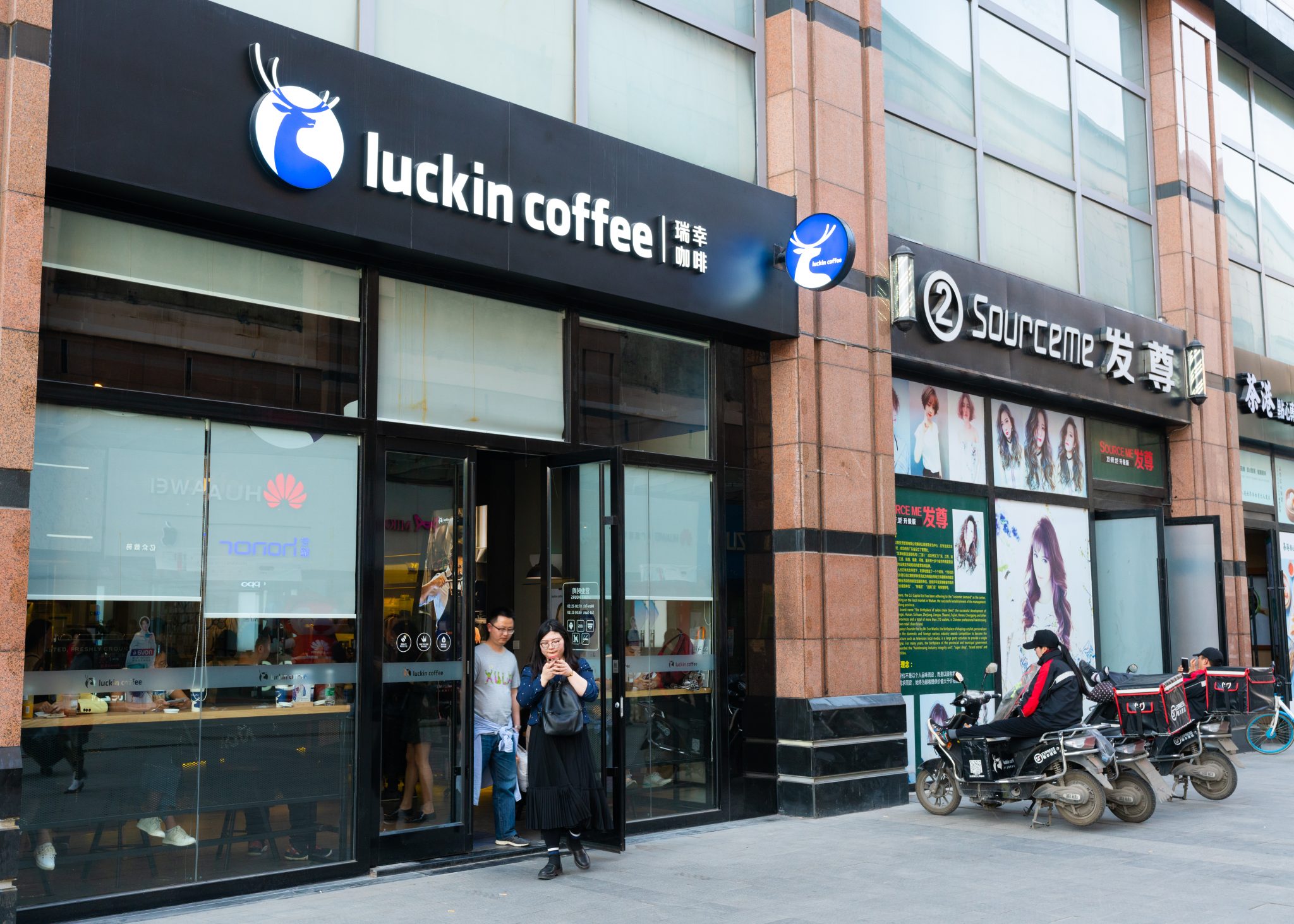 The rapid decline of Luckin Coffee, one of China’s premier unicorn firms just a mere three months ago, accelerated this past weekend with the news that it would be delisted from the Nasdaq Stock Market. The ordeal, which has cost American investors millions of dollars, will serve as a warning to lawmakers at a time when the U.S.–China economic relationship is under unprecedented scrutiny.

Founded in late 2017, the firm was an example par excellence of excessive financialization. Riding a wave of venture capital money and debt, Luckin Coffee opened over 4,000 stores by late 2019 and overtook Starbucks to become the largest coffeehouse chain by number of stores in China. By January 2020 it had a market capitalization of $12 billion and was still expanding despite the fact that it was hemorrhaging close to $100 million per quarter.

The run of good luck came to an end in late January this year when an anonymous individual sent out a detailed report to multiple prominent investors alleging that Luckin had been inflating its sales figures. Management denied the allegations, and investor confidence wavered until the beginning of April, when Luckin released the results of an internal investigation revealing that its COO had indeed inflated the company’s 2019 sales to the tune of $300 million. The firm’s stock price promptly cratered from $27 (already down from its January high of $50) to $1.40. All in all, the first half of 2020 wiped around 95 percent off Luckin’s valuation, leaving its investors holding the bag.

The fallout since has been particularly ugly, with investigations and audits launched by both Chinese and American regulators, and the company’s chairman and board members trying to oust each other. Conceding that its position is untenable, Luckin has ceased efforts to appeal Nasdaq’s delisting order, meaning that American investors will only be able to invest in the firm through third-party over-the-counter brokers.

Luckin Coffee is unlikely to go under in the short term — despite mass closures, it still has a sprawling network of around 6,000 stores. It also ran a successful fundraising campaign just before the scandal broke amounting to nearly half a billion dollars, which should keep it afloat at least until the end of the year. Unless Luckin can pull off a successful change in management and business strategy, however, its terrible balance sheet and slim chance of receiving further investment means that many of its shareholders could see their positions become worthless.

An expensive lesson for American investors

One common refrain heard from China skeptics is that economic integration with China has been damaging to American workers but lucrative for America’s financial elite. The Luckin scandal is a stark reminder that America’s investor class still stands to lose fortunes in dealing with the poorly regulated business environments of developing countries. Listed on Nasdaq for almost exactly a year from IPO to delisting, Luckin received hundreds of millions of dollars in capital from Americans, paid out fat salaries to its corrupt executives, and then promptly squandered the rest of the money.

The scandal could not have happened at a more opportune time for China hawks in Congress. Several efforts are currently underway to untether America’s economy from China. Most notably, the Holding Foreign Companies Accountable Act sponsored by John Kennedy (R-La.), which unanimously passed the Senate in May and is currently awaiting a vote in the House, would delist foreign companies that failed to submit to audits from the Public Company Accounting Oversight Board or failed to disclose ownership or control by a foreign government.

While U.S. stock exchanges mandate that foreign companies must be independently audited before being listed, the auditor is usually from the same country as the company. Attempts to verify the auditing practices of Chinese firms have been repeatedly met with strong opposition from Beijing, which typically cites national security concerns to dismiss U.S. scrutiny. The first step toward preventing a repeat of the Luckin Coffee scandal would be to ensure that uniform auditing rules are enforced.

Seeing the national humiliation that has befallen a once-superstar company has also spurred many Chinese corporations to update their own auditing procedures, particularly in the fast-evolving tech sector where few uniform standards exist. Perhaps these efforts will yield results in a process of trial and error, much like America’s experience with regulation during its own past economic development. Until then, however, Americans invest at their own peril.