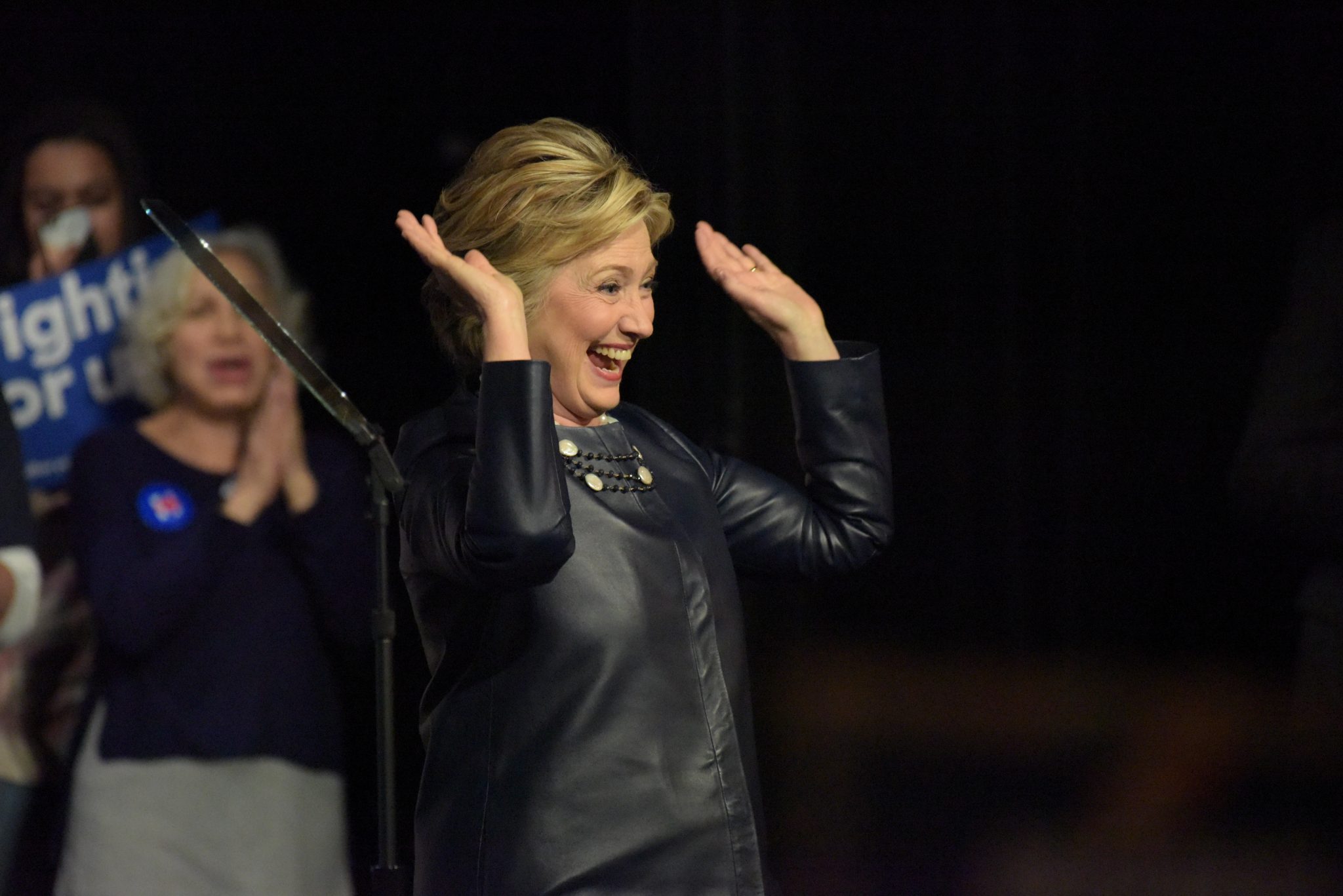 Four years ago, we Americans rejected the most unctuous, corrupt, offensive presidential candidate in recent memory, and Hollywood will never forgive us for it, so it’s still shoving Hillary down our throats. Video-on-demand service Hulu is developing Rodham, an alternate history series about the 2016 Democratic nominee if she had never married Bill Clinton. The amount of reimagination such a weird concept demands may seem antithetical to the subject — a woman who married her way into national prominence, endured marital humiliation for political power while undermining other women, got crushed in the end by the Left’s worst nightmare, and remains an obnoxious scold.

But Hollywood players can’t accept this reality for a conclusion, or allow the rest of us to enjoy it. To force their idea of a fairy-tale ending, they must turn an actual ogre into a neo-Disney Princess (Disney owns and operates Hulu), a tiresome heroine who has no need of any man yet acts like one to achieve her goal. (See Faith Moore’s excellent Saving Cinderella: What Feminists Get Wrong About Disney Princesses and How to Set It Right). Judging by the source book for this project, what awaits is not fantasy but farce.

I’m reluctant to criticize a fellow novelist’s work, knowing how much time, talent, and effort writing a fiction book entails, but since Curtis Sittenfeld has been amply rewarded with a New York Times bestseller and the Hulu deal, my review won’t sting at all. Rodham is a narrative mess. Unfolding over half a century — from Hillary’s Yale Law School romance with Bill to her running against him for the 2016 Democratic nomination (Bush 41 won in ’92) — it makes the wrong parts exposition and wrong parts scene. The poor forward momentum makes some episodes appear interminable. In one scene, a cancer-suffering woman introduces Hillary with a speech so long and ponderous, even citing Obamacare, that for a moment I thought I was reading an editorial instead of a novel. It’s also painfully anachronistic and false in its feminist sermonizing. Addressing U.S. Senator Hillary on his 2015 talk show, a Howard Stern–like comedian ridiculously jokes, “Do you and Nancy Pelosi lend each other tampons?” and “Did women have orgasms in the Seventies?” That would have been cancelable even 10 years earlier.

The fictional Hillary does not become First Lady (nor Bill president), New York senator, or Secretary of State but a four-term Illinois senator. Thus she’s never embroiled in an email scandal or partly responsible for the deaths of four men in Benghazi. Although not corrupt or criminal, she nevertheless comes off as more pathetic and weak and a poor champion of women. As Bill’s post-Yale Law girlfriend, she catches him making out with her boss’s teenage daughter, but stays with him after he pleads sex addiction. And after one of Bill’s campaign workers tells Hillary that he forced himself on her, she still agrees to marry him. It’s Bill who, in a rare moment of nobility, urges her to leave him before he unintentionally breaks her heart. Yet 40 years later, as Bill’s rival for the Democratic presidential nomination, Hillary tries to politicize those charges against him. He rightly tells her off, better I think than Sittenfeld intended:

You claim someone told you something damning about me forty years ago. Yet you continued to date me for months. You accepted my goddamn marriage proposal, and based on what happened in 2005, there’s pretty strong evidence you never stopped carrying a torch for me. For you to admit I’m a good guy when it’s fun but claim I’m an affront to feminism when it serves your purposes — come on, Hillary, have some self-respect.

Here, she’s much less effective. Even one of her Family Law students at Northwestern University, who’s intended by the author to be a truculent foil, gets the better of her in an argument: “I notice that your syllabus is really focused on women’s problems.… There’s a difference between feminist conscious raising and constructive family law.… I notice there are four separate readings on abortion.… I’m not paying twelve-thousand dollars a year to listen to straight-up male bashing.… not everything in law is related to the subjugation of women.” “Strong woman” Hillary has no response to his valid points. All she can do is whine about the boy to a beta male colleague on whom she has a crush.

Finally, Donald Trump, a supposed buffoon in the book, makes one of its more jaded observations. “Bill Clinton, he’s made some bad choices, but the women stuff, is that such a crime? If that’s a crime, I’ll tell you what, a hell of a lot of us are criminals.” No doubt the Hulu series will amend this to make Trump appear unmistakably dumb, and not repeat the mistake Saturday Night Live supposedly did in “humanizing” him as a guest host.

In the book, Hillary gets the brilliant idea to lure Trump into the race as a Republican so he can neutralize fellow sexist dog Bill Clinton. Trump demurs because, in the words of a Hillary aide, he’s intimidated by Hillary. Rational people who watched their three debates in 2016 know how delusional that is. But then they don’t work in Hollywood.