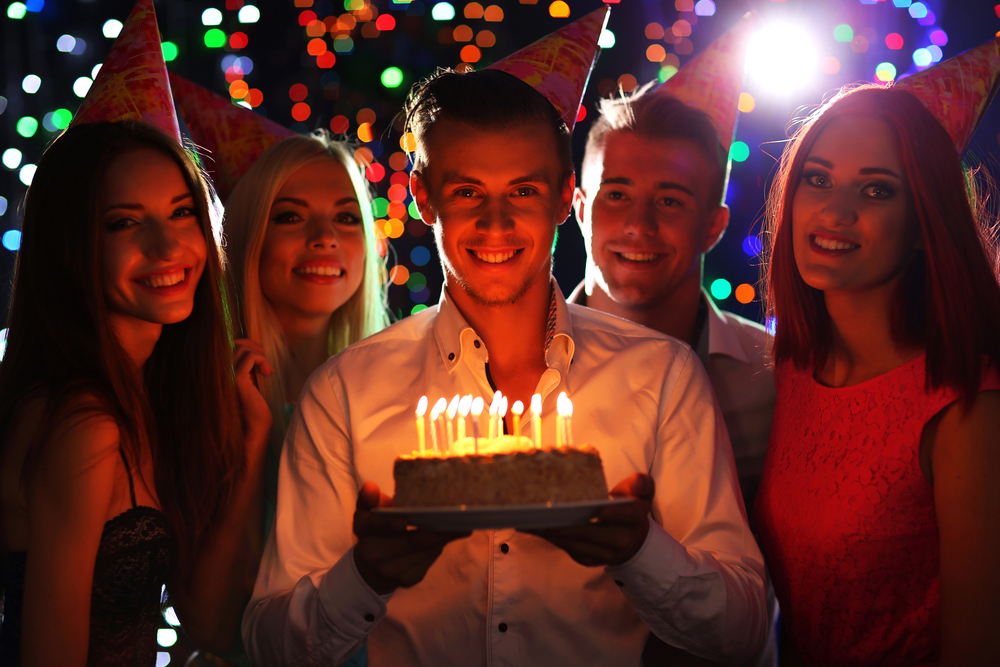 You know you’re getting old when you go out one night and convince all your friends to walk to the other side of town to a wonderful little pub you know, only to find out that it is now a shoe store. It happened to me the other day, and I hadn’t fallen into such deep melancholy in a long time. “But it was here!” I sobbed, while my friends left me alone, pouting in front of the window, which, by the way, showed women’s heels so high that they should come with a helmet.

I turned 41 today, and I’ve never been worse. To hell with self-help books, posturing on social networks (“Hey, babes, like my baby face?”), and memes telling us that “40 is the new 20.” When I was 20, I could climb stairs without panting, I had a rock band and performed three days in a row without sleep, and, as my friend Loquillo sings, “When we were the best/ the waitresses poured us/ the best of their smiles/ in glasses full of arrogance.” Now when I go upstairs, I stop on the landing to pretend someone has texted me on my cell phone in order to catch my breath.

To top it off, last Monday I celebrated 20 years of writing articles here and there, with a sincere feeling of gratitude. Another symptom of old age is that you start being too thankful for everything: you know, you thank life, and it seems like you’re saying goodbye. The day before yesterday, I was so grateful for that first coffee of the day that I kissed the waiter’s bald head and guessed from his expletives that perhaps I had crossed a line.

I can’t even complain, which is a journalist’s favorite sport; I’m too damn privileged.

I was lucky enough to make all my professional dreams come true for me at a very early age, around 30, and now I look at the horizon with no ambitions other than an old desire: to retire in Italian Tuscany, in a big house, with beautiful sunsets, good wine, and, I don’t know, a beautiful woman to put up with me. I’m shooting myself in the foot here, but an old song says, “Never marry a country singer”; I say, “Never fall in love with a writer.”

Still, since I can’t avoid the temptation to believe those who tell me that you’re only as old as you feel, I sometimes feel a little bit like Dave Barry with I’ll Mature When I’m Dead. So, every so often I’ll plan to go back to playing soccer, go out three nights in a row, and get married in Vegas, to the flight attendant from the previous night’s flight, dressed as Elvis (me, not her). The usual sort of thing. Or I might even move to my beloved United States, provided the zombie in the White House wants to give me one of those visas that he gives to popes, rock stars, and bestsellers who then die of overdoses in their New York apartment. A change of lifestyle, only for the worse, because I’m too old to stop writing and start to actually work for a living.

Writers suffer from the virus of chronic resentment for not having achieved the recognition they presumably deserved. This is not my case. Fortunately, no one has ever closed the door on my writing, and readers and editors have been just as fond of me in my country as they are here in the USA, and in other latitudes. So I can’t even complain, which is a journalist’s favorite sport; I’m too damn privileged.

I have the good Lord looking out for me, a beautiful family, the girls still compliment me even before they fall over drunk on the disco floor, and I have more friends than my liver can handle. I have, in summary, too many reasons to be thankful. You see, I’m doing it again!

I’ve also managed to retain the ability to piss off the government with my writing, giving me a good few enemies to laugh at, which is something that always makes one feel alive. And I have enough gray hair to not take myself too seriously, to not take criticism too personally, and to not believe that my ego should stop growing. Since the beginning of humanity, there are two things that continue to expand infinitely, constantly, and completely unchecked: the universe and the ego of a columnist.

So with these 41 years of good living and better drinking, I raise a glass of Spanish wine to the health of all my friends who are patient enough to read me twice a week in The American Spectator. Remember to send congratulations, boxes of cigars, French champagne, and dishonest propositions to my name. If you send fruit or vegetables, marriage proposals from widows, unpaid bills, insults, or death threats, you need not address them to me; address those to my secret pseudonym, “Paul Krugman.”

Do me a favor and be happy!