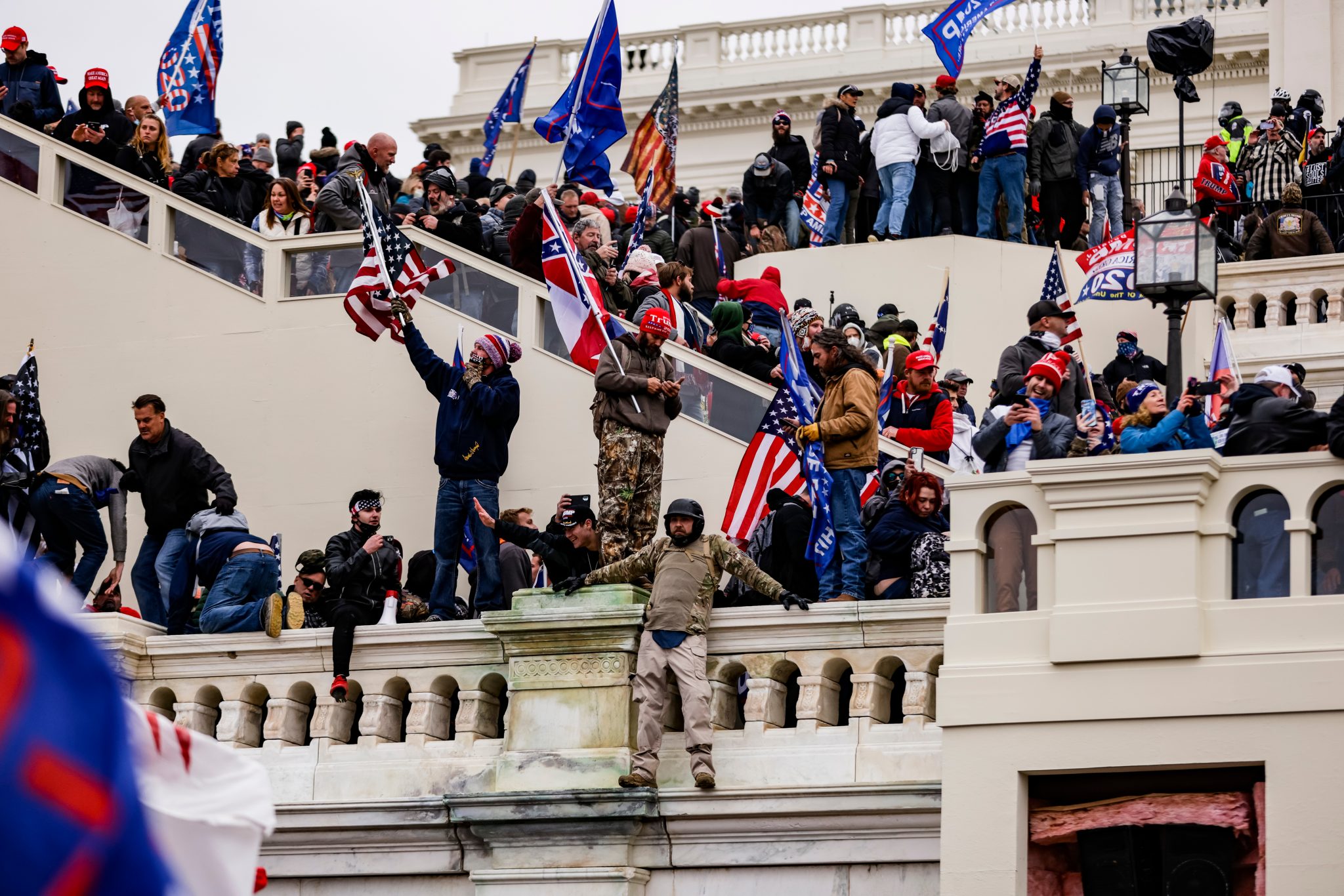 One thing the right always had claim to was the belief that — unlike Black Lives Matter and social justice protests — tea party and later MAGA rallies were peaceful, if at times profane, political speech.

There have been instances of violence from partisans on both sides, but it was left-wing protests that left cities torched, small businesses in ashes, police forces terrorized and once-vibrant city centers a dystopian mess.

When Trump supporters marched from The Ellipse in front of the White House to storm the U.S. Capitol, they went beyond where the black-mask anarchists have gone. President Donald Trump’s front-line troops assaulted Capitol Police.

The terrible goal was for a mob to swarm the seat of U.S. democracy and intimidate lawmakers to overturn the hallowed vote of the American people.

It was a journey that began with Trump’s refusal to recognize that former Vice President Joe Biden won the Electoral College. I’ve talked to multiple Trump supporters who told me that the election was stolen, and that fraud skewed the vote in the Democrats’ favor.

I understand that Trump voters take pride in their refusal to be swayed by experts and pundits who, like me, thought Trump could not win the Republican primary in 2016 — and then, when he did, that he could never win the general election. Their unshakable faith in Trump is the very thing that brought him victory four years ago.

So, they turned that faith into a club that they brandished whenever any Republican disagreed with Trump for any reason. To doubt Trump in any way — on federal spending, his habit of demeaning his own staff, his casual lies — was interpreted as an act of heresy.

When it became clear Trump lost on Nov. 3, GOP lawmakers who saw the writing on the wall had to walk on eggshells just to state the obvious.

In the run-up to Wednesday’s madness, I talked to Republicans who embraced efforts to claim an unearned victory because, they said, Democrats gamed the system by expanding mail-in ballots. Some mumbled that the federal investigation into Russian collusion with the Trump campaign — which was not established — was a way to delegitimize Trump’s surprise victory. Like it was simply tit-for-tat to scheme to nullify honest votes.

I’ve also talked to Trump supporters who counter that left-wing agitators infiltrated the Trump march. I’ve seen no proof of that. But I did watch MAGA men who thought it was a grand idea to disrupt and threaten elected officials about to fulfill their constitutional duty.

I haven’t seen proof of the fraud they claim. But if it were true, the way adults deal with corruption is to make their case in the public square, fight in the courts and — if every door closes and they lose — regroup for the next battle.

The majority of Americans who voted for Biden would fight back. Capitals would become war zones and innocent people would die.

Donald Trump simply isn’t worthy of the bloodshed and destruction he has inflamed. He isn’t an idea. He isn’t a principle. He is an ego.