Eminentoes,Top Story Comedy,Dave Chappelle,Oswalt,Twitter How Pathetic Is Patton Oswalt? - The American Spectator | USA News and Politics
Menu
Eminentoes
How Pathetic Is Patton Oswalt?
He made the mistake of going woke and then buttering up to Dave Chappelle. How do you spell dead meat?
by Bruce Bawer
Patton Oswalt speaking at the 2017 San Diego Comic-Con International in San Diego, California. (Gage Skidmore/Creative Commons) 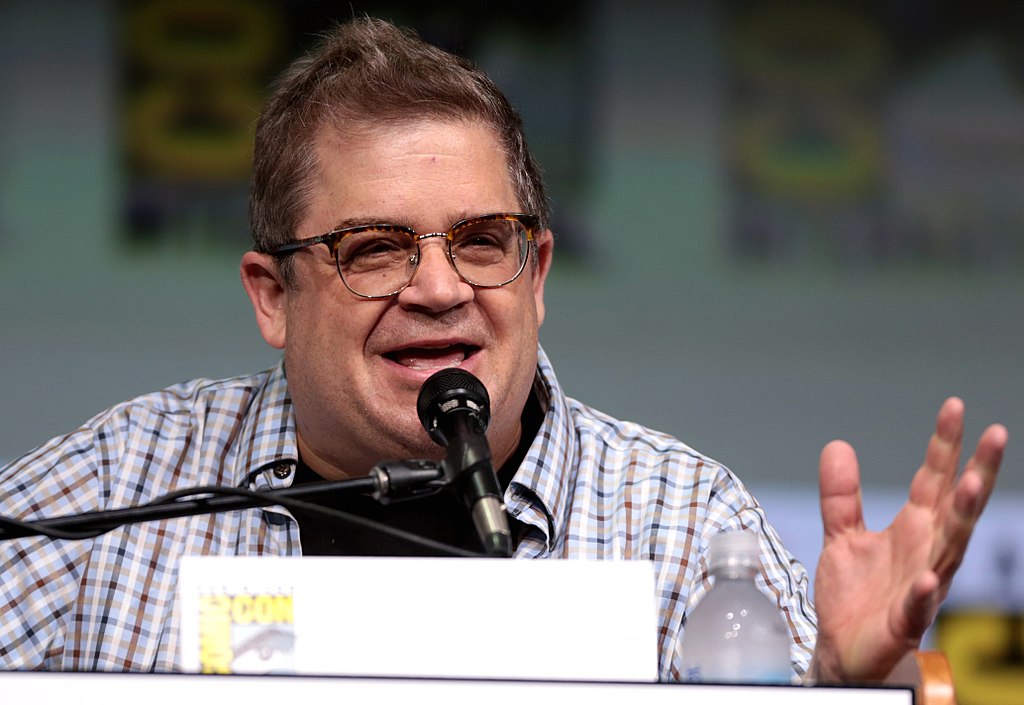 On my favorite sitcom ever, King of Queens (1998-2007), about unambitious working stiff Doug Heffernan (Kevin James) and his hot — and hotheaded — wife, Carrie (Leah Remini), Patton Oswalt played Doug’s friend Spence Olchin, who in the first few years of the series lived with his mother and worked as a subway token clerk. Spence was a wimp, a nerd, and a coward of the first order, as well as something of a creep and a weirdo. He also had intellectual pretensions and was always ready to tell a lie or betray a friend if it suited his immediate needs.

Oswalt was funny playing Spence. But now it seems that he may have been funny because he was pretty much playing himself.

Even before he starred on King of Queens, apparently, Oswalt was, like Kevin James, a stand-up comic. He’s maintained that career, and in recent years has had his specials regularly snapped up by Netflix. Now, if you follow comedy at all, you’re aware that some of the very best comedians, such as Doug Stanhope and Nick DiPaolo, can’t get Netflix deals precisely because their humor doesn’t stay carefully within the boundaries of political correctness. That’s no problem for Oswalt, however. His material is right up Netflix’s alley.

Consider his 2017 special, Annihilation. It opened with his take on Donald Trump. After electing Obama, Oswalt explained — and keep in mind that this was supposed to be side-splitting stuff — we Americans thought we were better than we were. But, he added, “a big part of the country while Obama was president was internally going ‘black guy!’”

For that portion of the electorate, according to Oswalt, it was simply “too much of a jump” to “go from a black guy to a woman” in 2016. So instead of electing “a very qualified woman” — Hillary, of course — we opted for Trump — “this racist palate cleanser,” this “cup of white supremist [sic] sorbet,” this “racist scrotum dipped in cheddar dust.” The election of Trump, then, “shoved our faces in how not evolved and progressive we are as a country.”

Is this worse as comedy or as political analysis? Hard to say.

Anyway, on to New Year’s Eve 2022. While Oswalt was doing his act at Seattle’s McCaw Hall (3,000 seats), his old friend Dave Chappelle was onstage at the nearby Climate Pledge Arena (17,500 seats), described on its website as “the most progressive, responsible, and sustainable arena in the world.” As the Los Angeles Times reported it, “Chappelle invited his longtime buddy over to do a guest set, after which Oswalt posted a photo of them together and a note in the spirit of the season.”

Chappelle’s gesture was gracious and open-hearted. And any alert observer of the current cultural scene could have predicted what happened next. You see, while Oswalt has put a lot of effort in recent years into cultivating his credentials as a standard bearer of wokeness, Chappelle has deeply offended the woke crowd. In his latest Netflix special, The Closer, he joked about gays. And Jews. And feminists. And — gasp — trans people. It was the trans material, in particular, that the woke brigade bridled at.

News flash: comedians tell jokes. Another news flash: it used to be understood that telling harmless jokes about different groups was a way to help bring people together.

And Chappelle’s jokes about trans people were harmless. He even concluded his act by talking affectionately and at length about his late friend Daphne Dorman, a transgender comedian who’d committed suicide. No sane viewer could have come away seriously believing that Chappelle was anti-trans. On the contrary: just a few years earlier, this special would’ve probably earned him a GLAAD award for being a pro-trans hero. But these days we’re not allowed to say anything about trans people that isn’t absolutely, purely, explicitly affirming — the verbal equivalent of a nice pat on the head. So Chappelle was condemned as a transphobe.

Anyway, then came New Year’s Eve, and the rendezvous in Seattle with Oswalt, who wrote on Instagram, alongside that chummy photo of the two of them: “I waved good-bye to this hell-year with a genius I started comedy with 34 years ago. He works an arena like he’s talking to one person and charming their skin off. Anyway, I ended the year with a real friend and a deep laugh. Can’t ask for much more.”

Nice tribute. But for the yellow-bellied Oswalt, a major misstep. After years of toeing the PC line with meticulous pusillanimity, he’d stumbled — misled, perhaps, by the massive extent of Chappelle’s fame and the length of their friendship. Immediately, the attacks on Oswalt from the woke crowd — mostly on Twitter — began pouring in.

“I’m disappointed in your decision to align yourself with Dave Chappelle, Patton,” wrote one of his Twitter followers. “People can disagree, sure, but not when it comes to fundamental human dignity.” Another commented: “Chappelle has hurt the trans community consistently. You are such a champion for doing the right thing. This is really sad to see.”

And so on. Countless total strangers savaged Oswalt for being friends with Chappelle. To be sure, plenty of Oswalt’s fans — including trans people — had no problem with their friendship. “This trans boy still loves you both,” one of them wrote.

A better adjusted human being — a man with his own strong moral compass — would’ve ignored all the brickbats. But Oswalt — even at fifty years old, for heaven’s sake! — is easily bullied by the mob. So on January 2 he returned to Instagram with a lily-livered statement in which he insisted that he and Chappelle “100% disagree about transgender rights & representation,” but added that since Chappelle had helped him “evolve” on various issues over the years, he was willing to wait patiently for Chappelle to finish “evolving” on the trans issue, rather than to cut him off. Oswalt assured his fans that a “seeker” like Chappelle couldn’t possibly be “done evolving, learning,” but told them that he was “sorry, truly sorry, that I didn’t consider the hurt this would cause. Or the DEPTH of that hurt.”

It was a very long — and wince-inducing — post. Oswalt’s terror of alienating fans, of being thought to be less than totally woke, was palpable — and pathetic. He was plainly desperate to accomplish two things at once: (1) maintain his ties to the powerful Dave Chappelle, and (2) keep intact his army of humorlessly woke social-media followers. The whole thing was sheer craven careerism, posing as profound moral self-searching.

And the key word was “evolve.” For the most fanatically PC of our dopey celebrities, that word has become a veritable mantra. In his 2019 book Howard Stern Comes Again, the once hilarious and now neutered Howard Stern, one of the woke crowd’s most cherished showbiz converts, repeatedly used the word “evolved” to praise fellow entertainers, such as Stephen Colbert, who’d also gone woke (and, as a result, had ceased to be entertaining).

Patton Oswalt’s mea culpa was disgraceful — not to say breathtakingly condescending toward his purported pal Dave Chappelle, who, by sharing his stage with Oswalt, had done him a big favor only to get kicked in the teeth. I wouldn’t have blamed Chappelle — who’s a hundred times the comedian Oswalt is — from firing back as strongly as possible. He hasn’t done so — not at this writing, in any case.

Who has fired back? Why, the wokesters, of course, who were livid at Oswalt for failing to condemn Chappelle unconditionally and to break off their friendship. That’s the woke way: once you show that they own you, nothing short of utter contrition is good enough for them.

Meanwhile Dave Chappelle, who laughs in their faces, is selling out stadiums. You’d think Oswalt would learn something from that. Then again, Chappelle is actually funny. Oswalt, by contrast, is one of those comedy-world mediocrities whose shtick isn’t about making people laugh but about getting applause for having all the right opinions. And when that’s all you’ve got, hell, you have no other choice than to let them own you.