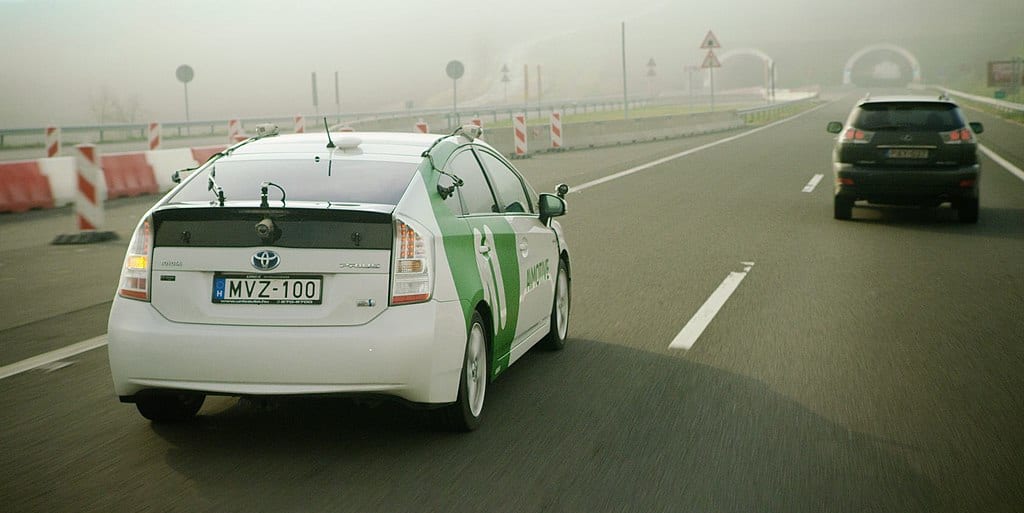 Whether you’re switching radio stations, calming a crying child, or racing to make it to a holiday party on time, driving can be hazardous — 94 percent of serious accidents are caused by human error. Car crashes are one of the leading causes of death in this country, especially among children and teens. On average, over 100 people are killed in traffic accidents every day, a number that spikes during the winter holidays.

Many accidents can be prevented thanks to advancements in driver assist technologies such as adaptive cruise control and blind spot monitoring. And eventually, self-driving vehicles will dramatically reduce the number of traffic-related accidents and fatalities by eliminating human error altogether. But we need the leadership of our federal government to get these vehicles on our roads.

Two bills now making their way through Congress are critical to wide-scale testing and deployment of self-driving vehicles. Last year, the House passed the SELF DRIVE Act. And while the Senate Commerce Committee unanimously passed the AV START Act last November, the full Senate has sat on it for a year. Meanwhile, tech companies and automakers are reaching the limits of what they can achieve without federal legislation.

The AV START Act and SELF DRIVE Act set a clear path toward development and adoption of self-driving vehicles, providing much-needed clarity by setting a national framework. The bills outline a plan for replacing outdated vehicle safety rules that don’t make sense for automated vehicles. Updating vehicle safety standards is not an easy process — it can take up to 10 years to complete. In the interim, we need exemptions for new vehicle designs. These bills increase the number of exemptions the National Highway Traffic Safety Administration can grant, which will allow for more testing. Together, these steps will untie the hands of innovators and keep the U.S. in the driver’s seat of development when it comes to self-driving technology.

Self-driving vehicles won’t just save lives and reduce injuries. They’ll also empower seniors and the disabled community. More, they will boost our economy. Allied Market Research estimates the self-driving vehicle market will grow to up to $557 billion by 2026. And according to Securing America’s Future Energy, self-driving vehicles could lead to nearly $800 billion in annual social and economic benefits by 2050, by improving traffic congestion, lowering pollution levels, and supporting the independence of seniors and people with disabilities.

The U.S. is a leader in self-driving vehicles. Companies including Cruise, Waymo, and Lyft are racing to bring the first fully self-driving car to market. Ford is set to test its self-driving cars in Washington, D.C. early next year.

But other countries are forging ahead with this technology, too, according to the Consumer Technology Association’s upcoming 2019 International Innovation Scorecard. China recently rolled out national standards for testing self-driving vehicles on roads, and some analysts believe the country will be the first to adopt self-driving cars — especially if our legislation stalls.

We must not let U.S. advancement of self-driving technology languish. Congress must finish what it started and pass the SELF DRIVE Act and the AV START Act now. We can’t afford to wait for the government to catch up with technology.

Gary Shapiro is president and CEO of the Consumer Technology Association (CTA)™, the U.S. trade association representing more than 2,200 consumer technology companies, and a New York Times best-selling author. His upcoming book, Ninja Future: Secrets to Success in the New World of Innovation, will be released December 31 and is available now for pre-order. His views are his own.