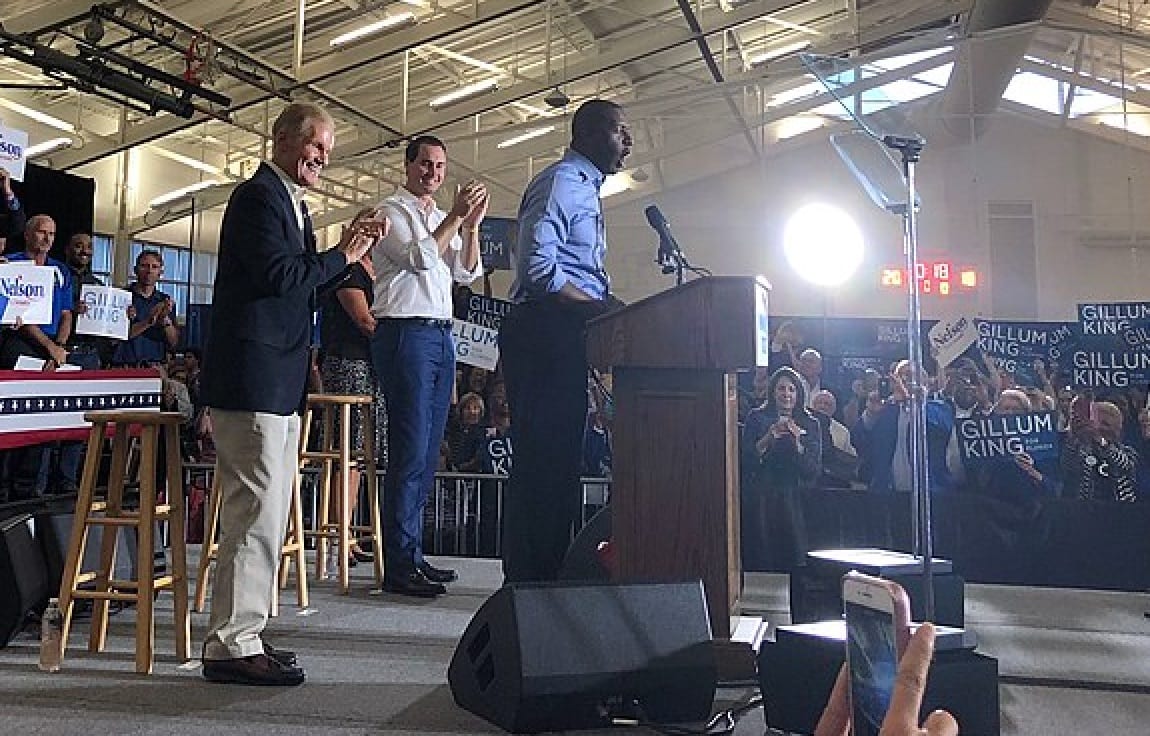 If 2016 taught us anything, it’s that political predictions are fools’ errands, not worth the newsprint or air-time wasted on them. I won’t make any.

Florida Republicans have been a gloomy lot for the past few months, and with good reason. Just about every poll has shown the Democrat candidate for governor, Andrew Gillum, ahead of Republican Ron DeSantis, and Democrat incumbent U.S. Senator Bill Nelson leading Republican challenger Rick Scott. The leads in most of the polls have not been large, ranging from a percent or two up to five or six points. But they’ve been remarkably consistent.

OK, polls have never been absolutely reliable. And they are less so now when getting a poll sample that represents the universe of people who will vote is harder than ever. Party demographics are trickier now than they’ve been. Technological changes have made reaching voters willing to respond to pollsters harder (this willing group doesn’t include me — thank God for caller ID). And weighting all this for likely turnout is probably the hardest trick of all.

So the Florida GOP’s last best hope is that in an evenly divided state their voters will turn out more than Democrats. Florida has 13.3 million voters. And the pollster who claims to know which of these are likely to vote will lie about other things as well. Democrats hold a 37 to 35 percent voter registration advantage over Republicans. The remaining 28 percent are registered with no party affiliation. We’ll see.

Republican optimists can argue that the closest polls in both races have been the most recent, including one poll that actually has DeSantis ahead of Gillum by one point. But this is hope, not expectation. It’s possible that one or both races may finally break narrowly for Republicans. But my only advice (coming with my usual half your money back guarantee) is to not bet the mortgage money on it.

The one prediction that will likely turn out to be spot on is about turnout, which will certainly be higher than it normally is in off-year elections. Both sides in Florida, like elsewhere, are really riled up. All the political heavy hitters, including Donald Trump and Barack Obama, have been in the state whooping up their guys, hoping to energize their bases and to charm independent voters. Every appearance is that this last group, many of whose members are immune to Donald Trump’s charm (if such it is), is breaking heavily for the Democrats.

The mainstream media in Florida, as elsewhere, have done their usual dishonest job of covering this year’s two big races, putting their thumbs on the scale for the Democrats. This is nothing new. But it’s more important this year, especially in the Gillum/DeSantis race, which features two young candidates relatively unknown statewide. DeSantis represented Jacksonville in the U.S. House for just shy of three terms (he did what more candidates running for an office they don’t currently hold should do — he resigned to campaign) and until the campaign began was hardly known outside of his district. Gillum, still the mayor of Tallahassee, was likewise unknown until the campaign began. So the media had a chance to define these two. They haven’t hesitated.

Gillum is one of those lifetime politicians, like our most recent ex-President, who has never held a real job. He got into politics while still a student at Florida A&M University and has never set foot out of it. He’s a big government leftist (pardon the redundancy) who has never met a left-wing phantasm he doesn’t love. He wants to increase corporate and personal taxes in order to spend even more lavishly on education and the environment, including programs to head off global warming. He’s said he thinks Donald Trump should be impeached and ICE should be abolished. He’s all-left, all the time. But you wouldn’t know this by reading the state’s large newspapers or by sampling the TV coverage of Gillum, which has been almost uniformly glowing. The media focus on how “charismatic” Gillum is and on what folksy stories he has about his grandmother. They imply how swell it would be for Florida to have its first black governor.

Former Navy JAG officer DeSantis, on the other hand, has supported conservative policies in his congressional career that have been both popular and successful. But media consumers would have to search long and hard for word of this in print or broadcast. There being little damaging in DeSantis’s record, the media have had to satisfy themselves by calling him a racist. He isn’t, and there’s no reason to believe he is. But when has this ever stopped the left from slandering conservatives in this way? Apparently being a white conservative running against a black candidate is sufficient to constitute the offense.

DeSantis’s persona is not nearly as cuddly and down-home as Gillum’s, which will probably hurt him among the crowd who vote for the candidate they find most likable. Too bad. But at age 40 there is little DeSantis can do about this. Gillum, like Barrack Obama, whose style and mannerisms Gillum mimics, has a surface charm and glibness. Florida voters rose to the bait twice for Obama. They may again for Gillum.

Scott, the current governor of Florida, who cannot run for this office again because of term limits, is well-known and is running on a solid conservative record during his eight years on office. The media have never liked him much, though he’s a difficult target for them to score points on (not for lack of trying). He’s hardly Mr. Charm on the stump. But then no one has ever accused Nelson of this either.

Nelson has less name recognition than one would expect of a man who has held state or federal public office in Florida since slightly after man discovered fire. In his four years in the U.S. House and 18 in the U.S. Senate he has been a reliable vote for whatever the leftist project has been at the time, including turning thumbs down to Neil Gorsuch and Brett Kavanaugh for the Supreme Court. Even with his all-left, all-the-time voting record and his tendency to proclaim everything conservatives try to do racist and fiendish, the Florida media insists on referring to Nelson as a “moderate.” They would doubtless continue to do so even if Nelson wore a Che Guevara sweat shirt on the Senate floor and spent his days reading Saul Alinsky. By the political taxonomy Florida big media apply to office holders and candidates, Vladimir Lenin would probably be styled center-left.

I don’t believe it’s a violation of my no-predictions pledge to warn Florida Republicans that it’s quite possible they may awake Wednesday with a blue wave crashing their shores. This should be of concern to national Republicans as well, who reasonably wonder how future Republican presidential candidates can come up with 270 electoral votes without Florida’s 29. If Florida completes its journey from reliably red through purple to blue, which there seems to be some reason to believe it will if it hasn’t already, then Republicans, here and across the nation, will have every reason to be blue.