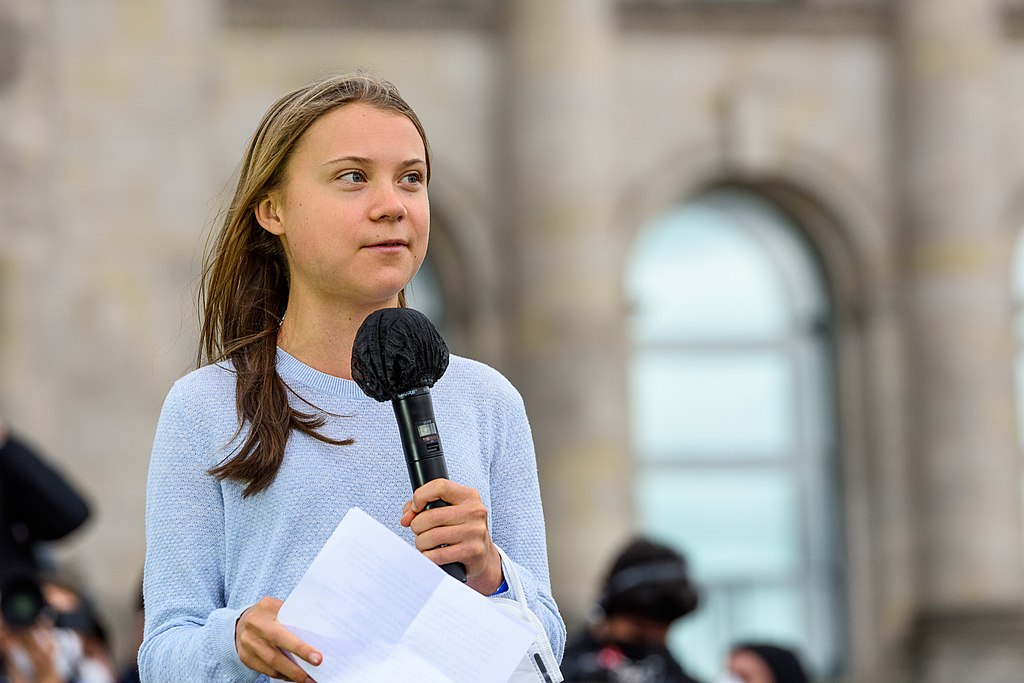 That “Inflation Reduction Act” the Democrats passed a week ago on Capitol Hill is best known, at this point, for its most brazen horror — which is of course the 87,000 IRS agents it will inflict on the American people.

But that bill is also one of the most horrific assaults on American manufacturing and fossil fuel extraction in history, all in the name of fighting “climate change.”

This column accepts none of the premises of the global environmental Left when it comes to their unproven/disproven theories about anthropogenic global warming. It made that point clear when Greta “Scoldilocks” Thunberg made her way to our shores. But, here’s the truth about global warming, or “climate change”: it’s a ruse, a pretext, a crooked game.

There is no reason that game can’t be rigged the opposite way. It’s about time the Republican Party stopped playing Washington Generals on Capitol Hill and started cutting out the legs of the grifters on the Left.

What are we talking about here? Well, the other side has been bobbing and weaving in an effort to foist this implausible narrative that your GMC Acadia and your 70-inch TV are killing the planet and it’ll be uninhabitable in a dozen years — a narrative they’ve been attempting to convince you of for well more than a dozen years. When Thunberg came onto the scene, she showed something the perspiration pimps of the climate change movement probably regret putting on display — namely, that ceaseless apocalyptic advocacy along the global warming lines is turning too many kids into psychopaths terrified of their own shadows and angrily demanding the deindustrialization of the West.

That is the sum total of Greta Thunberg’s crusade, and she is the single most visible figure among the global warming creeps of the past five years if not more.

But if we were to surrender to this grift, this idea that if we don’t return to plows driven by oxen and commuters sweating away on bicycles as we surrender to global socialism of the Klaus Schwab variety, we’ll burn up the planet, would it even matter?

No, I’m not talking about the fact that what governs Earth’s temperatures is, in chief, that giant ball of nuclear explosions in the sky which puts out a little more heat some years and a little less in others. Though that’s quite a good point.

I’m talking about the fact that neither Greta Thunberg nor her chemically imbalanced stateside ideological kin are willing to lift a finger to talk about China.

Here are a few facts for you.

Again, we’ve done all these things and we’ve impoverished a huge segment of the American working class — one study indicated that climate change policies in America have cost us some 3.4 million industrial jobs — in pursuit of fighting “climate change” while China has taken over our leadership role as the world’s factory — and China is so far and away the most polluted, and polluting, country in the world that it isn’t even funny.

And nobody in the Democrat Party even bothers to address this fact.

So here’s a revivalist answer for these climatista frauds on the Left: if you’re serious about keeping the world from overheating, rather than passing $740 billion boondoggle plans to cover the fruited plain with Chinese-made windmills and solar panels, why not punish China for its carbon emissions and real environmental pollution?

Put some tariffs on those dirty communists, why don’t you?

Everything about climate policy, just like everything about “globalism,” is a fraud. When China can pump out 84 percent more carbon over the space of 15 years while centering itself in the global supply chain to the exclusion of not just the West, but lots of other countries who’d like to be able to sell flip-flops and bumper stickers and chew toys at Walmart or on Amazon, and none of these passionate defenders of the planet have boo to say about it, it’s a credibility issue.

It’s a credibility issue going unmonetized because nobody on the Right is willing to call them on it.

There have been a few people willing to take on the basic climate-change case, which is that (1) there is no real proof the planet is warming by any significant measure, (2) there is no particular proof that what warming might be occurring comes as a result of increases in carbon dioxide in the atmosphere (it’s essentially a trace gas that is soaked up nicely by plants on land and plankton in the oceans), (3) there is no proof that if the planet warms by a couple of degrees over a hundred years this is a bad thing; after all, Greenland used to be green and England used to be a pretty good place to make wine, and (4) there is no proof that shutting down the economy of the developed world would be a smarter response if there is going to be “climate change” than just building some sea walls and planting more trees.

But what’s easy is to lay the blame where it belongs. On China, who’s belching out carbon emissions like Charlie Sheen at a Jimmy Buffett concert.

If and when the GOP takes control of Congress in January, one of the first orders of business ought to be to dump everything the Chuck & Nancy Show put forth in last week’s episode and call the bluff on the climate. Pass a gigantic China tariff that directly punishes them for their carbon emissions and makes the global supply chain less dependent on the world’s greatest polluter.

We’ve allowed these people to wrap a hair shirt around us for 20 years over the carbon-emissions issue. No more.

Oh, a carbon tariff on China is inflationary, you say? So is begging the Russians, Venezuelans, and Saudis for the oil you won’t allow your people to produce in Ohio and Alaska and the Gulf of Mexico. And sprinkling away $740 billion on an “Inflation Reduction Act” when the federal government doesn’t have the money hardly strengthens the argument. Besides, nobody says the stuff no longer made in China has to be made in Bar Harbor; the world’s a little better off if it’s made in Sri Lanka or Honduras, you know, and maybe those guys won’t resort to Dickensian industrial methods like the ChiComs do. And at least Sri Lanka isn’t making hungry eyes toward the military conquest of the Maldives like China is Taiwan.

Here’s a bet — Democrats will find a way to screech about a carbon tariff imposed on China. They’ll somehow make it bad policy to impose penalties on Chinese emissions when it was good policy to impose them on our own people. But when they do, and they will, because they’re owned by the Chinese at least as much as Mitch McConnell is, there won’t be any hiding from who they are.

And we know who they are. Any doubt on that score was removed when Eric Swalwell got caught bedding a Chinese spy while trying to run for president and wasn’t even pulled off the House Intelligence Committee.