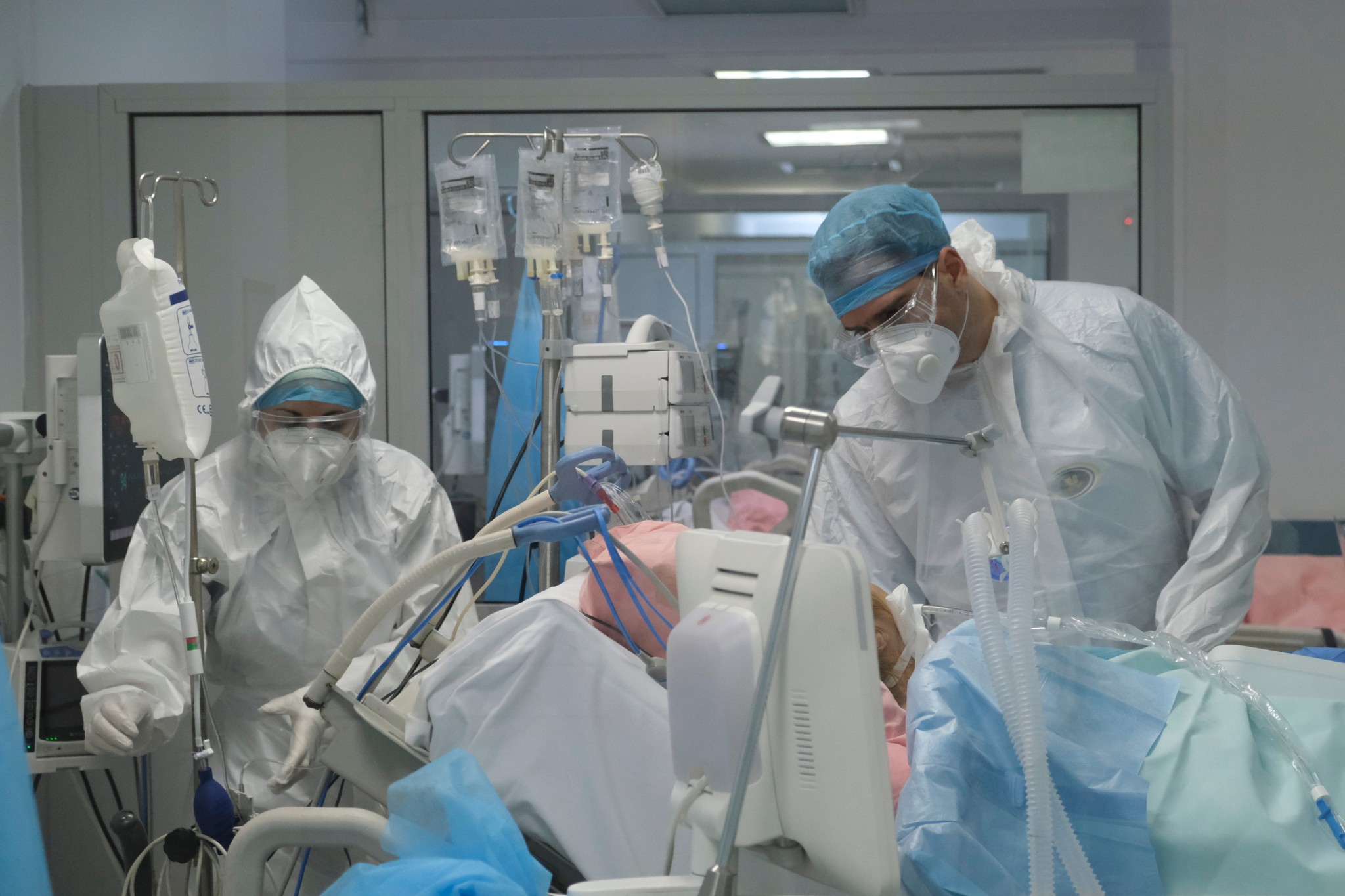 I have spent the whole day in the hospital, as a companion, that person, more like a shadow, who walks beside the sick person like a pain-stricken soul, glared at with disdain by anyone wearing scrubs. I have spent most of my time in the ICU, which is the only part of the hospital where no one stands next to me eating tangerines (although, hard as it is to believe, worse things can happen). I have so many sick people in my vicinity that, for once, I, a drinker, cholesterol-ridden, smoker, and fat, am the healthiest person around. I feel so superior that when I pass doctors in the hallways I can’t help sticking my tongue out at them.

There are a few things I have learned during my time in the ICU: That the nurses on this ward are selected through a beauty pageant I wouldn’t mind being a judge for, that it’s not a good idea to hang your coat from the IV pole, even if it’s your own patient’s, and that, generally, when anything on the monitor starts to sound an alarm, we start sweating blood and biting our fingernails to the quick, while doctors and nurses calmly waltz over, whistling and humming, turn off the alarm without even looking at the patient, and go straight back to their strolls and sing songs. It is the attitude I would like to have towards life.

I had to witness a small operation. You know, the shower cap, feeling more lost than Biden in Ukraine, and all that. As soon as the patient fell asleep, I had a hard time not joining in the lively conversation the doctors were having. They were discussing soccer and managers. But, as far as I know, it’s considered bad manners to butt into other people’s conversations, especially when they’re sewing or unsewing your anesthetized loved one, and you’re about as important as a used tissue lying in the hallway.

One of the things I like about the ICU is being there helps you put your problems into perspective. As a writer, my existence brims with possible criticism and, as a man, I could complain about anything you can think of for six hours straight without stopping to breathe. However, something encourages you to shut up when you look at the patient on the operating table in front of you. From my experience today — I know I won’t win the Pulitzer for this observation — people in the ICU tend to be really screwed up. And if you’re able to comprehend this, it’s good news, because it means that you’re not that bad off yourself.

As a sickly person myself, I fully understand that people prefer being in the ICU to being in a boring, lonely room. It’s like standing at the Hospital’s emergency room entrance and watching all the ambulances come skidding in, but from inside one of them. Admissions to ICU always look awful, but it’s nice to know that most of them leave with big smiles on their faces. There is something miraculous about the hands of all those guys in green and white who spend the day flitting like sparrows around the beds. Sometimes they look like they’re not doing much, but the truth is that if you’re there and you’re not just keeping someone else company, then your life was probably in serious trouble a few hours or days ago and, if you’re reading this now, your life is no longer at risk. And that’s thanks to them.

It may seem too philosophical a thought for a Saturday, but today, as I watched all those beautiful girls saving lives one after another, lives of people they don’t even know, I was thinking that deep down we are privileged to be in the ICU of a hospital in a nice Western country. Not so many miles away from here, there is a Russian idiot ordering his people to do exactly the opposite of what these nurses and doctors are doing here.

The ICU, in short, is something like the anteroom to eternity. Perhaps that explains why there is so much peace in a place where, under normal circumstances, I would be hysterical. Today I only pretended to faint once. A blonde nurse with huge, blue eyes and a Coke commercial smile asked me, “Are you okay? Do you get dizzy at the sight of blood?” I looked into those eyes, puffed out my chest and, shaking, replied, “Not at all, what do you take me for?” Instantly I slumped into a chair, rolled my eyes, and emitted a loud “pee-pee-pee.” This is the first and last time I hope for the Great Reboot.