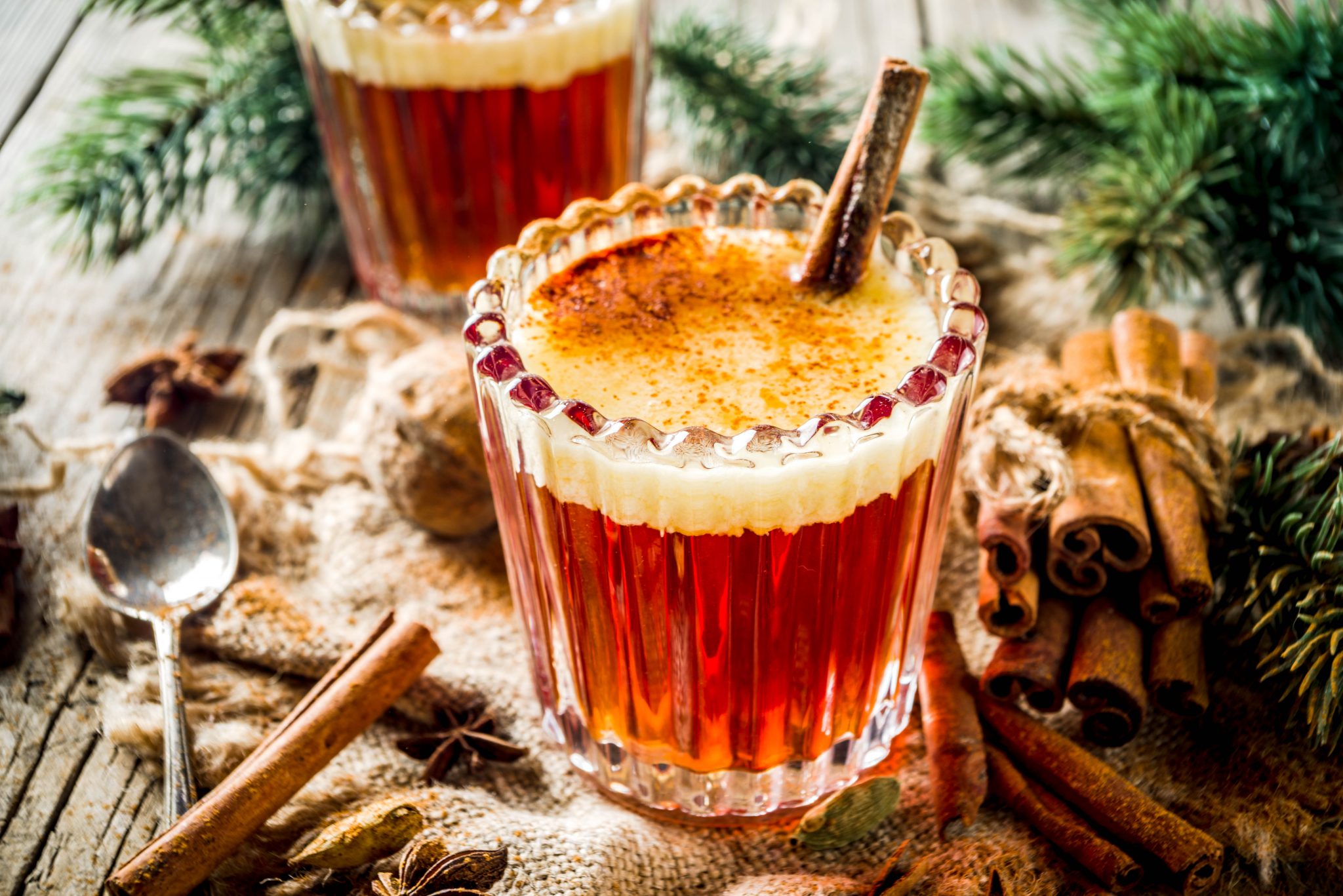 The first alcoholic beverage I ever drank was a cup of eggnog and Southern Comfort. I was in college, chilling in a windowless basement with a few low-effort Christmas decorations on the walls. I could only really taste the liquor, but I was desperate to impress the friend (and renter of the aforementioned basement) who gave it to me so I talked loudly about how great it tasted while squirming nervously on the couch.

What followed was a series of similar, if far less significant, negative holiday drinking experiences. Drinking hot cocoa with a splash of whiskey over a long Thanksgiving weekend. Making Hot Buttered Rum with pre-made mix as a special treat for my roommates and watching them pretend to enjoy it. Mulling wine at my parent’s house only for no one to like it and drinking the whole pot by myself. And who could forget the numerous eggnogs? Eggnogs with bourbon, tequila, rum — whatever it took to get into the Christmas spirit at an ugly sweater mixer.

Bah! Humbug! Christmas booze was nothing more than pouring some alcohol into a vaguely holiday-themed beverage! Why would I waste my time on something so basic when the world of cocktails was opening its doors for me? All of the drinks that required actual effort were too watery or time-consuming for someone who could get a perfectly good result from some Campari, gin, and sweet vermouth. Maybe it was time for me to leave behind seasonal sipping forever.

Or maybe I was just in college.

I’m sure that most of you already know this, but when you leave college you meet legitimately competent people. People who may not have it all together but who feel comfortable in their own skin and understand their limitations. So when you wander out of your enclosed space on a liberal arts campus in the middle of nowhere, you realize you only came out half-baked. Contrary to Hollywood films, we “come of age” when we leave the arrested development of collegiate halls. Nothing made me feel this way more than trying my current roommate’s eggnog.

I was familiar with eggnog, understood the basic process of eggnog, and had even tried homemade eggnog. What my roommate made was something different, something legitimately delicious. Where previous nogs I had tried were watery or clumpy, this was smooth and creamy like a soft-serve shake. Where alcohol had taken center stage in most of my outings, the mix of sherry and tequila worked with the spices to form a whole. Hell, he even added some MSG to bring the flavor together. Terrifying.

I realized then what my problem was: I was lazy. Making a truly great holiday drink requires time and effort. This is Christmas, after all, the season of Mariah Carey and Rankin/Bass, of tinsel and tree lightings, of remembrance and celebration, of the birth of the Lamb of God. Filling a mug with Swiss Miss and Jack Daniels won’t cut it.

I decided to finally conquer Hot Buttered Rum. After a few bouts of trial and error, I think I’ve finally settled on something truly worthy of the holiday season. Consider it a thank you to everyone who showed me what being an adult is really about, a send-off to one of the craziest years in memory, and proof that effort has great rewards. Enjoy, and Merry Christmas!

Combine into a reasonably sized bowl and mix together with a spatula. Make sure that the butter is soft but not melted; room temperature should work as long as you don’t live too far north. Keep mixing until homogeneous and dough-like. This will take longer than you think it will, so keep at it. If the butter is too cold or you don’t mix enough, it can prevent the spices from properly integrating and leave the drink tasting too fatty.

Feel free to use right away, or wrap in plastic and store in the fridge or freezer. This should make six drinks, but usually ends up being less because I put more batter in each drink.

1 large spoonful of batter
2 oz. rum (You can use dark or white rum. I prefer dark.)
1 ½ cups boiling water
½ oz. heavy cream (optional, but I recommend it.)
Grated nutmeg to taste

The amount of batter will depend on your preference and size of mug, but err on the heavier side until you decide on an amount that works for you. Hot Buttered Rum is a balancing act, and making sure you have the right quantities will take time. But when you finally nail it you realize just how worth it a little extra effort can be.

Note: This recipe is an adaptation of a recipe from Chef John, posted on the Food Wishes YouTube channel. Check out his video for more detail.