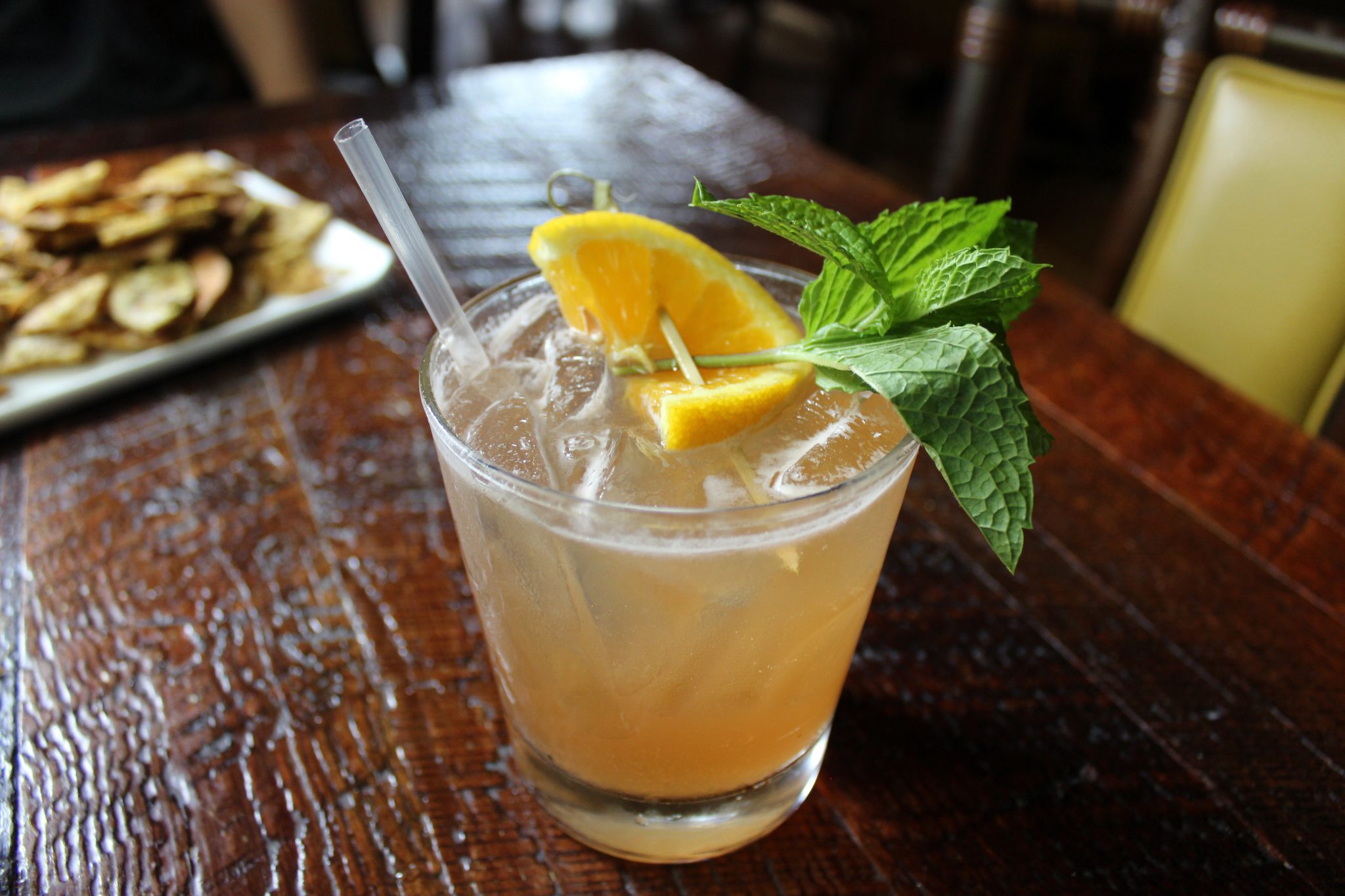 Sometimes you drink for good reasons.

You want to celebrate in style, knocking back a couple of cocktails and hitting the dance floor with some much-needed social lubrication.

You want to show your appreciation to a happy couple with a raised glass of champagne.

You want to quench your thirst from too much ballpark popcorn by calling over a concessions guy for some overpriced light beer.

But you don’t live in a time of dance floors, wedding receptions, and ball games.

Now you drink because there’s an election. And for that, you need something stronger than light beer.

Bartender Joe Scialom invented the Suffering Bastard at the Shepheard’s Hotel in Cairo in 1942. British soldiers, on leave from fighting Gen. Erwin Rommel’s Afrika Korps, spent most of their free time drinking terrible local liquor and giving themselves permanent hangovers.

Scialom knew that even Brits had limits when it came to rot-gut, so he set about inventing a “cure”  to assist soldiers as they returned to battle. The drink soon became so popular that British command wrote letters to the Shepheard’s Hotel requesting barrels sent to the front lines.

So why resurrect it? Why go to all the trouble of writing about it?

Because it gets you drunk. Simple as.

I don’t know how to explain it. Perhaps the combination of bourbon and gin gives it a special kick. Maybe the carbonation from the ginger beer, which, as scientists have documented, makes your blood absorb alcohol more quickly, puts it over the edge. Regardless, it works like a charm.

There’s nothing sexy about drinking to get drunk. In fact, I would say that in almost all instances it is a sin — although St. Thomas Aquinas himself wrote that if you underestimate the strength of a drink then you don’t sin when you become drunk. It might be cheating, but a friend of mine described the Suffering Bastard as “incredibly sneaky,” so it could work.

Even if that defense won’t convince the Almighty, this election season might just be crazy enough to warrant a dispensation.

Over the past year, the American people have undergone what can only be described as prolonged torture. With every marathon speech, frenetic debate, horrifying gaffe, or obvious electioneering scheme, we continue to roll around in the mess we made like the family dog getting acquainted with a deer carcass in the back 40. How can a decent human being watch Joe Biden confuse his wife and sister or celebrate “Super Thursday” without reaching for some liquid courage? Who among us made it through months and months of lockdown entirely sober? Was the first presidential debate not a textbook excuse to embibe?

If British soldiers used the Suffering Bastard to face Rommel in the deserts of North Africa, then it can probably help you make it through election day — even if America votes properly.

Combine the bourbon, gin, lime juice, and bitters in a shaker. Add ice and shake for 10 seconds. Pour the contents of the shaker unstrained into a collins glass. Top with ginger beer. Garnish with a sprig of mint.

The original recipe only calls for 1 ounce each of bourbon and gin. My version is based on my own preferences for a stronger liquor flavor and a stronger punch for a night like election night. Feel free to use less if you have a weaker constitution or are a purist. It may take multiple attempts to find a ratio of ginger beer that you enjoy. So experiment. It’s a good excuse to drink more.