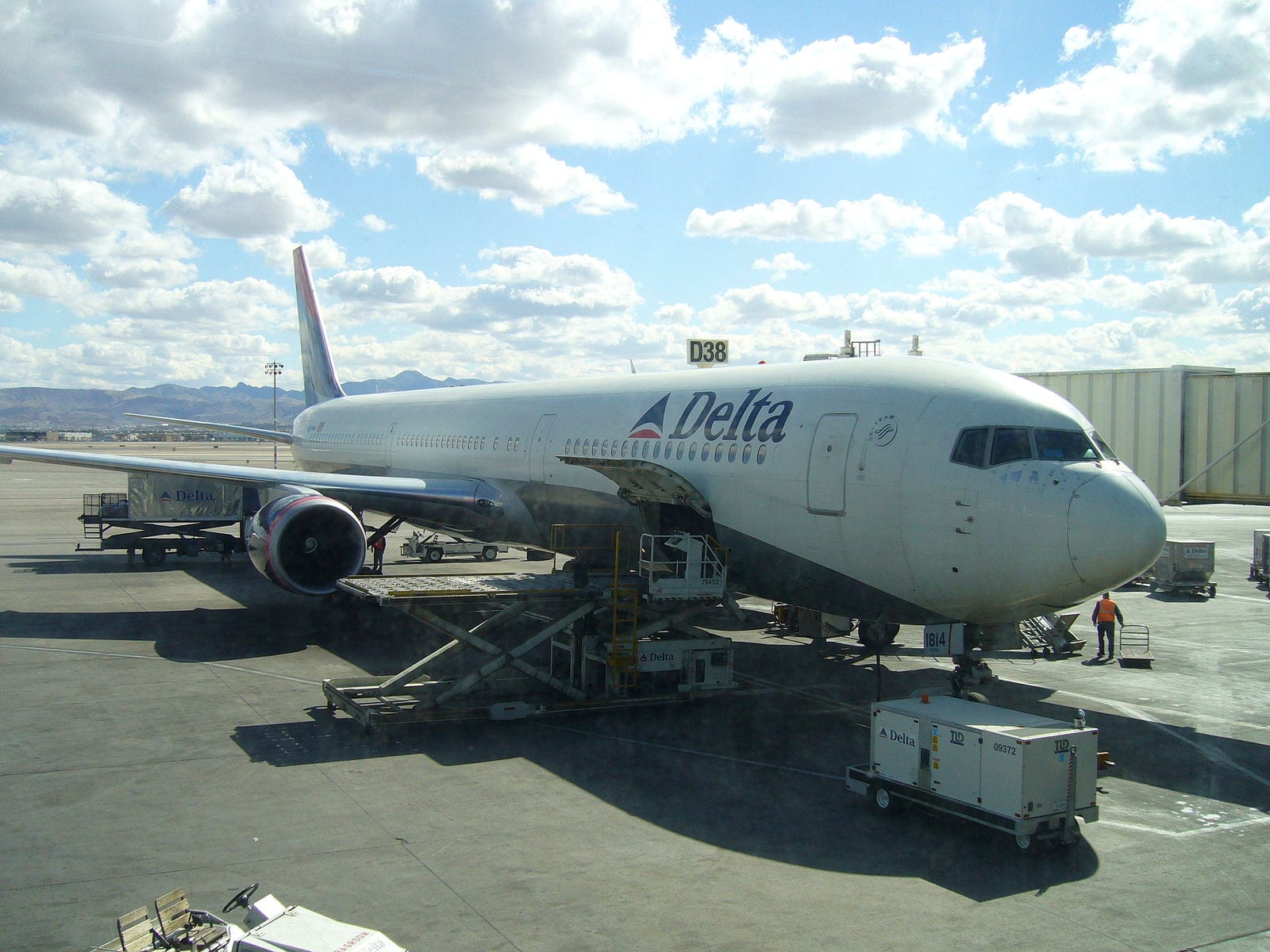 Ever since the Marjory Stoneman Douglas school shooting in Parkland, Florida, the airtime at CNN and MSNBC has seemingly been monopolized by a skinny, weak-chinned 17-year-old named David Hogg, who apparently attends that school and survived the shooting by being in a different building than the one in which Nikolas Cruz conducted his atrocity.

The cable networks have fallen head over heels in love with David Hogg, largely because he’s willing to aid in every left-wing narrative they’d like to pitch to the audience. This is something of a problem at times, because as Charles Cooke noted at National Review, Hogg has been wildly, comically, and outrageously inconsistent in his bloviations.

Among the proposals that Hogg has advanced are that the most popular rifle in America be federally prohibited; that the NRA be regarded as a haven for “child murderers”; that Americans boycott Amazon, FedEx, and the state of Florida; and that Governor Rick Scott take responsibility for the failures of another elected official. In addition, Hogg has held a gun-control rally in New Jersey, slammed the president as a coward, criticized the federal response to the hurricane in Puerto Rico, made comments in support of funding for wind and solar power, taken a pre-emptive stand on Florida’s imminent senatorial election, and suggested that, as a matter of general policy, cops cannot be expected to protect the citizenry if they believe they might be outgunned.

Townhall’s John Hawkins summed Hogg up nicely in a Facebook post. “David Hogg is dumb, poorly informed and obnoxious, but he is very willing to exploit his dead classmates to get on TV,” Hawkins said. “That’s enough in 2018.”

So it is. Hogg, and a few of his fellow Parkland survivors who have also shared their 15 minutes of fame, have exploited the tragedy to become relevant… for now.

But while Hogg certainly appears an odious brat, as does the rather bizarre Emma Gonzales, who earned notoriety for her quite rude treatment of Dana Loesch at last week’s CNN town hall, the real reason it’s so painful to endure their 15 minutes of fame is the knowledge that it’s the CNNs and MSNBCs of the world who are the real exploiters. In a month we’ll have forgotten all about the teenagers grasping for microphones, leaving them to the empty knowledge that their celebrity time is up. But the cable news vultures will be off feeding on a different carcass, with a fresh set of willing victims to exploit.

Conservatives are learning how to fight back against the Left’s virtue-signaling and cultural tyranny, and it appears to be the gun issue which serves as catalyst. On Monday, Georgia’s state senate killed the renewal of a sales tax exemption for jet fuel that chiefly benefited Delta Airlines, something that was triggered by Delta’s announcement that it would no longer honor an agreement to offer a 10 percent discount on flights for members of the National Rifle Association in the wake of Parkland.

At my site The Hayride, Joe Cunningham (who also writes at RedState) had the correct take on the Georgia Senate’s retaliation…

See, this isn’t Delta’s first excursion into politics, and Georgia has been ground zero for many of their anti-conservative lobbying efforts before. In previous years, Georgia conservatives attempted to pass a religious liberty bill that would protect business owners from prosecution should they find themselves forced to bake a cake for a gay wedding (or whatever the trap of the moment is today). Delta was one of many major corporations to (successfully) lobby the state legislature’s more liberal Republicans (does this sound familiar, Louisiana conservatives?) into not even taking the measure up.

So, Delta has no problem playing politics. That’s fine. This is what Citizens United was really about — First Amendment rights for corporations. Much as the Left hates the Citizens United decision, it effectively lets businesses like Delta and others lobby for or against policy in states and at the national level. But, if Delta wants to play politics, they are going to have to deal with the consequences.

Kurt Schlichter, at Townhall, noted that the corporate world’s increasingly obnoxious left-wing stances must be met with fierce resistance by the market — or else.

That’s why the left is changing the rules and trashing our norms to do what they can’t do politically through intimidation. They have cultural power and we don’t, and they now seek to use businesses to destroy our rights and silence our voices. Understand that they don’t want an argument or a conversation — they want to use their non-governmental cultural power to deny us access to a platform so that we are unable to make our views heard. We need to recognize this dangerous trend and counterattack ruthlessly with our political power.

Conservatism is not a suicide pact, and our principles are not a mandate to unilaterally disarm. We need to make them hate the new rules. Maybe they won’t learn anything, but at least they won’t win by cheating.

The liberal elite is using its social and cultural ties to those at the helm of big companies to essentially blacklist the NRA, and thereby the tens of millions of Americans who support gun rights. But oppression is oppression whether it’s done by a government bureaucrat or a corporate one, and our principle of non-interference in business assumes business stays out of politics. But now National, Hertz, and others are cutting ties to the NRA, and liberals are advocating banks do the same. Their intent is clear — what they can’t do in politics they will simply do by not allowing the representatives of people whose politics they don’t like access to the infrastructure of society. And we’re not supposed to do anything about it because, you know, free enterprise and stuff.  You know, our principles.

And at PJ Media, John Ellis has a fantastic, specific idea on how to fight fire with fire…

Under the new rules, business owners have to conduct their business according to the ever-shifting ideology of SJWs. For example, if an individual feels like he is a labradoodle and wants to kennel himself at your pet hotel, then you’d better kennel him (and with my pronoun usage I’m assuming that he feels himself to be a male labradoodle) or you run the risk of finding yourself standing in front of the Supreme Court wondering how you’re going to pay all of your legal bills.

Business owners who are conservative Christians and who desire to operate their business in a way that honors the God of the Bible have found out the hard way that they are not allowed to do that. Examples abound of bakery owners who have lost their business because they couldn’t, in good conscience, bake a cake for a gay wedding.

Keep in mind, the business owners are discriminating against an event, not a person. As far as I know, all of the bakers sued out of business have graciously and even happily baked cakes for LGBTQ individuals for things like birthday parties, graduations, etc.

I normally shy away from this kind of activism, but at some point conservatives need to begin pushing back. To that end, here’s what I encourage:

An NRA member needs to find the most progressive bakery he can, and then request an AR-15-shaped cake for a Second Amendment celebration. Walk into the store wearing an NRA shirt and hat. Openly carry a gun if you’re legally allowed. Ask for the top of the cake to be decorated with words like “In celebration of the NRA.”

When the mortified SJW baker refuses, sue her.

Sounds stupid? Well, in Derry, New Hampshire there’s a business called the Used Apple Store whose proprietor has announced he’s refusing to serve Republicans, and that he can tell who’s a Republican by their “negative aura.”

So far political affiliation doesn’t constitute a protected class in discrimination law. Maybe that ought to change if the Left is going to poison American capitalism against those who most fervently espouse and defend it.

This is one more example of Gramsci’s March Through the Institutions, in which elements of corporate America have been infiltrated by leftist ideologues and corrupted. There is no good cure for the infected body yet recognized; the host can only be quarantined and destroyed. So if Delta Airlines, Hertz Rent-A-Car, or the First National Bank of Omaha want to use their corporate speech rights to attack gun owners in ways Chick-fil-A and Hobby Lobby are apparently not allowed to use to promote a Christian ethic, then the only way to win this cultural battle is to impose more prohibitive costs on them than the Left can impose on those institutions they can’t corrupt.

Our side wins when we fight. Donald Trump is good proof of this.

Hey, how come Morris Dees, the co-founder and principal of the odious Southern Poverty Law Center, hasn’t come in for the kind of treatment Harvey Weinstein and Al Franken have? There have been lots of reports Dees’ behavior is quite Weinstein-like, including even toward his four ex-wives.

Not to start a nasty rumor or anything, but since the Southern Poverty Law Center exists for little else than to engage in name-calling and defamation of those with whom Dees disagrees, shouldn’t we insist his virtue is intact?

The Hallmark Channel has better ratings now than CNN. Which means there is hope for America.

Finally, something interesting: Since 2011, all children in Armenia from six to eight years old have compulsory chess lessons in the schools. It’s the first country in the world to include chess on the national curriculum.

Armenia is home to more chess grand masters than any other country.

It’s a decent bet that in the future Armenia outpaces all of its neighbors in economic development. Smart kids who can think strategically turn into strong adults who can lead and achieve.

Neither chess nor strategic thinking is taught in American schools.