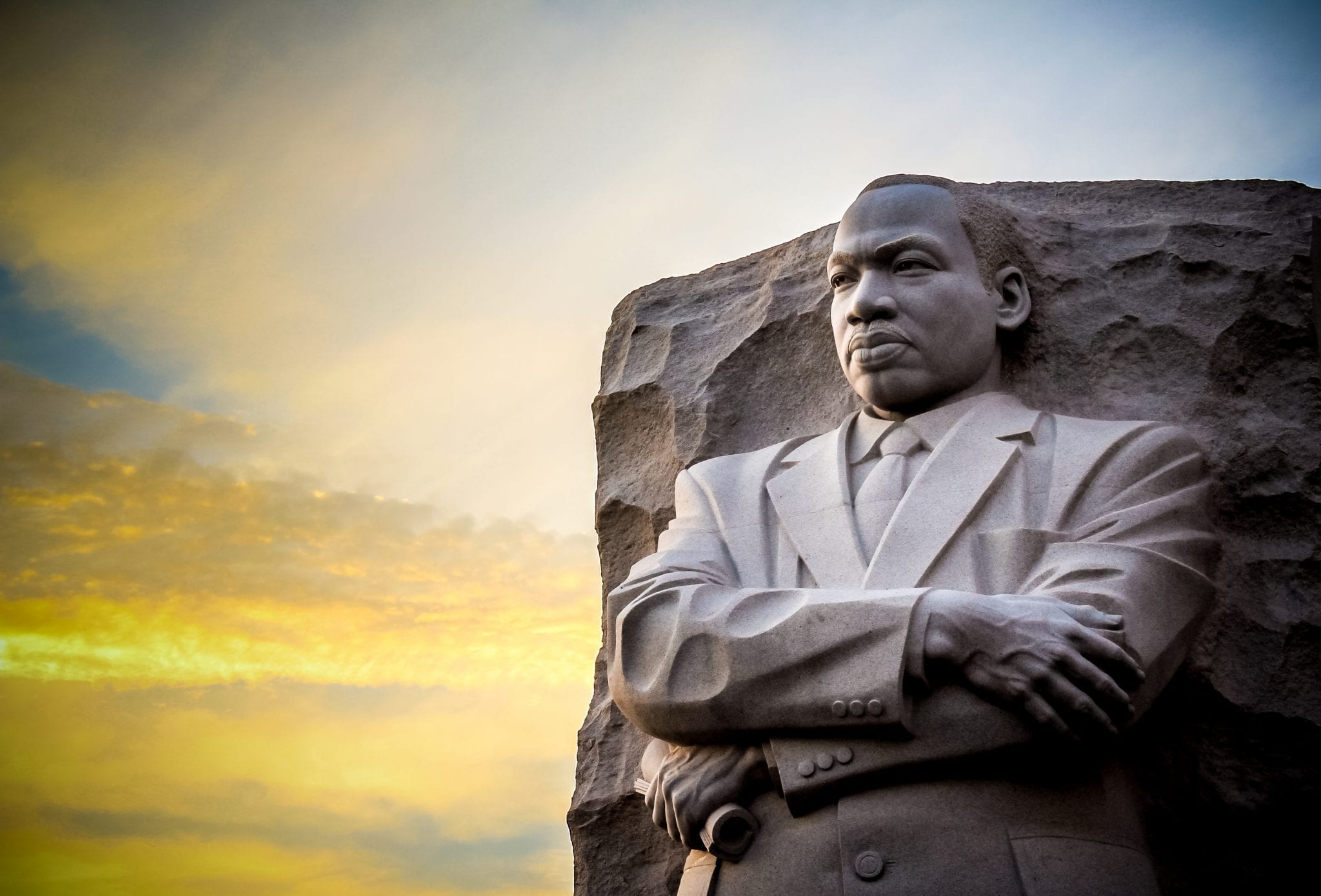 Academics today are widely known for letting ideology and politics drive their research and teaching, but nowhere is this more evident than in the determination of Middle East studies scholars to situate rejection of Israel’s right to exist within the social justice pantheon of the mainstream Left. And perhaps nowhere is this determination more evident than in Randolph-Macon College history professor Michael R. Fischbach’s new book, Black Power and Palestine: Transnational Countries of Color. I eagerly attended his recent talk at UCLA’s Center for Near Eastern Studies to hear him out.

The social sciences today are dominated by intersectional theory, which, in a nutshell, holds that systems of minority oppression — racial, ethnic, sexual orientation, gender, class, and so forth — are overlapping; that oppressed groups share a commonality of interests; and that tapping into that solidarity is essential to bringing about change. In recent years, anti-Israel activists have used intersectionalism as a rallying cry to pressure social justice movements ranging from Occupy Wall Street to the Women’s March to adopt anti-Israel platforms.

But intersectional theory also poses a problem for academics seeking to delegitimize Israel. If, as tenured Middle East studies radicals have been chanting for the past four decades, Israel is an inherently racist state and part of the same global structure of oppression holding down people of color everywhere, why have the overwhelming majority of African Americans historically been supportive of or indifferent to Israel? Martin Luther King Jr.’s legacy is particularly problematic for intersectional theory, as he and most other African American civil rights leaders were unwavering both in their public support for Israel and in their disdain for anti-Zionists. “When people criticize Zionists, they mean Jews. You’re talking anti-Semitism!” King famously remarked in a speech shortly before his death.

Fischbach’s answer, in effect, is that pro-Israel sympathies within the African American community aren’t genuine. The professor began his presentation to a small group of 16 attendees — mostly graduate students and younger faculty — with a string of well-worn anecdotes about the supposed depth of solidarity between African Americans and Palestinians today. In 2013, an American activist claimed to have seen a Palestinian mural of Trayvon Martin. During the August 2014 unrest in Ferguson, Missouri, a number of Palestinians posted tips about combating the effects of tear gas. In 2015, anti-Zionist campaigners managed to put just over a thousand African American signatures on a “Black Solidarity Statement.” But the icing on the cake, which Fischbach played to the audience in its entirety, was the 2014 music video “Checkpoint” by the obscure rapper Jasiri X, an angry tract with spurious apartheid comparisons and calls for a “free Palestine” that has managed to garner just 66,911 views on YouTube in the past five years despite zealous promotion by anti-Israel activists everywhere.

Fischbach’s book, which he then proceeded to summarize quite effectively, is essentially an answer to those who dismiss such laughably threadbare manifestations of Black-Palestinian solidarity as publicity stunts. Beginning in the late 1960s, African Americans associated with the Black Power movement came to stridently support Palestinian and Arab rejection of Israel, even as traditional civil rights leaders continued to overwhelmingly support the Jewish state.

Civil rights leaders and organizations such the National Association for the Advancement of Colored People (NAACP) who maintained staunchly pro-Israel positions, on the other hand, are invariably presented by Fischbach as acting primarily with strategic considerations in mind — preserving relationships with domestic Jewish allies, maintaining access to the American political establishment, and so forth. This is particularly true of Bayard Rustin, who Fischbach said was described by his adversaries as “Israel’s man in Harlem” (a claim that appears to be drawn from the use of this phrasing in a single 1975 article in Black World). Whereas the Palestinians’ cause was “near and dear to the hearts of many Black Power advocates” in Fischbach’s retelling, for the civil rights wing “supporting causes near and dear to those allies” whose “financial support and opinions mattered” was “a vital concern.”

Both of these claims present problems. The ugly anti-Zionist rhetoric of Black Power militants, encapsulated in an infamous 1967 SNCC newsletter article that Fischbach hails as “one of the first expressions anywhere in the U.S.” of a “new vision of the Middle East,” was hardly the unadulterated offspring of sympathies alone. Its core substance was largely borrowed from a pamphlet published earlier by the Palestinian Liberation Organization’s (PLO) Palestine Research Center, with a slew of additional Western anti-Semitic tropes already familiar to many African Americans thrown in for good measure (e.g., the Rothschilds, now cast as controlling “much of Africa’s mineral wealth”), topped off with a cartoon showing a hand with a Star of David and a dollar sign holding a noose around the necks of an Arab and an African.

For Fischbach, the belief that Jews plot conspiracies to cause wars with their ill-gotten money — whether expressed by Malcolm X or Congresswoman Ilhan “All About the Benjamins, Baby” Omar (D-Minn.) today — isn’t anti-Semitism if it emanates from the African American community. It’s just one oppressed people expressing solidarity with another (Palestinians) in a “hard-hitting, polemic fashion.” But the belief of most prominent African American leaders, then and now, that Jews are entitled to self-determination has to be something other than an oppressed people expressing solidarity with another.

Tellingly, Fischbach is reluctant to place King firmly in the camp of traditional civil rights leaders whose motives he impugns. King, he told his audience, is best understood as having been “on the fence” between the Black Power and traditional civil rights camps on the Palestinian question. Specifically, while MLK believed Israel had a right to exist, “the plight of the Palestinians … remained on King’s mind” after his visit to Jerusalem in 1959. But that’s all conjecture and wishful thinking. “There isn’t any evidence that the ‘plight of the Palestinians’ weighed on King at all,” notes Martin Kramer. “He wrote nothing and said nothing — this, despite the on-the-ground, first-hand tutorial on Palestine he’d received in March 1959.”

Even if King had sympathized with the Palestinians, this would constitute “middle ground” only in Fischbach’s imagining of a “black freedom movement” split between revolutionaries wholly sympathetic to their plight and pragmatists wholly unsympathetic to it. The reality was clearly more nuanced.

Fischbach’s research undoubtedly breaks new ground (notably on the details of King’s 1959 visit to Jerusalem) and appears impartial insofar as both “wings” of what he calls the “black freedom movement” are given extensive treatment and presented as well-intentioned. Unfortunately, his laborious efforts are heavily compromised by his adherence to shoddy and highly politicized academic dogma.

The intersectionality paradigm that has come to dominate academic study of the Israeli-Palestinian conflict is just a sophisticated veneer for a decades-long effort by militant far-left anti-Zionists to brand Israel as a white colonizer suppressing a people of color. Most Israeli Jews are plainly not any whiter than Palestinian Arabs (over 60 percent are fully or partially descended from Jewish communities scattered across North Africa and the Middle East), and there simply isn’t any racial dimension to what is essentially a religious-nationalist conflict. Martin Luther King Jr. clearly understood that six decades ago and would undoubtedly understand it were he alive today in the age of Hamas and ISIS. Nothing Fischbach said during his talk, wrote in his book, or played on YouTube calls that aspect of his legacy into serious question.

David M. Swindle wrote this article for Campus Watch, a project of the Middle East Forum. He is the Southern California associate of the Counter-Islamist Grid and the Director of Research for The Israel Group. Follow him on Twitter @DaveSwindle.