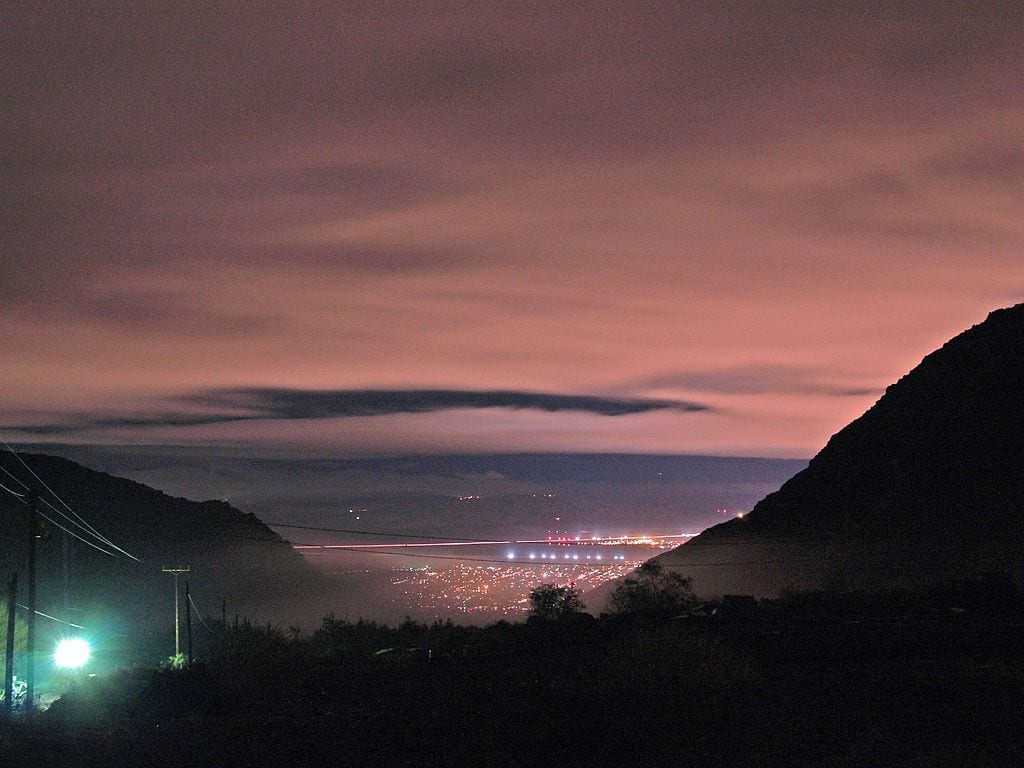 It’s almost two weeks into the New Year and it already shows signs of being just as crazy as the old year was. To begin with, my life has been upside down for about one solid year since my wife came down with what seems to be a horrible case of Chronic Fatigue Syndrome.

This disease leaves her exhausted, confused, panicky, alternating between feeling hungry and being unable to eat. It leads to her feeling worried about trivia like brands of laundry detergent and unconcerned about terrible fires flaring up close to our house in Malibu.

Never mind. We’re not in Malibu tonight. We’re in Rancho Mirage, California. Now, take note. Friends ask me why I live in super high tax California. I can’t afford the taxes any longer and the new Trump tax plan makes them worse than ever. Plus, the schools are terrible. The freeways are crowded. And a stifling Political Correctness hangs over much of our state. But, again, take note: as I write this, the water is freezing solid in canals and waterways of the East. Here, I can and do swim at midnight outside under the moon and the stars. I can and do spend the day in a short-sleeved shirt. The sky is blue and glittering in the morning and blue and cloudless in the afternoon. At night, I see a billion stars and airplanes passing right over our pool on their way into PSP. They’re lit up like passenger liners at a New York pier in 1938. But it’s even better than that because they’re flying.

So, I’ll stay here at least a little longer.

Meanwhile, as I said, my life has seemed upside down since my wife has been so very ill. I pray for her constantly. She’s a saint. She’s the kindest woman on the planet. She does not deserve to be sick. “Please, God, heal my wife. Please, God, help me.”

While my wife sleeps, I lie next to her and smell the newly cut grass of the course here at Morningside CC. It brings back memories of smells from lawn care by our faithful black janitor, Willie, at our elementary school, Parkside. On Sligo Creek in Silver Spring. Why does new mown grass smell so wonderful? An aphrodisiac. But why?
Speaking of which, I am surrounded by girls who know all about trading sex for money. I’ve known them mostly from 12 step meetings and they’re a fascinating group. Intelligent. Angry. Fierce. They see through a lot. As I sleep, I correspond by text with these girls about the Harvey Weinstein scandals. Now, bear in mind, these girls are not Girl Scouts. They know the score and they’re unsympathetic to the accusers, to put it mildly.
I asked a brilliant 22-year old what she thought about a particularly outspoken accuser and Mr. Weinstein. Her answer was succinct, “I think she gave consent when they walked up to his hotel room at 2 AM in the morning. This is America. You can choose not to. It’s not as if your children were being held hostage in that hotel room by Harvey. They decided to sleep with Harvey to up their career. There’s tons of women who didn’t do that and never became famous. Women shouldn’t forget their common sense when dealing with men. You can’t send mixed signals to men and then blame them for rape when it suits you. This movement only helps women that had sex with famous men. Not the women who f***ed average Joes.”

She was extremely stirred up. The interesting thing is that all of the women I have talked to who really were “in the life,” so to speak, instead of being the children of famous men and women, were the least sympathetic to the #MeToo movement. They saw the whole phenomenon as just a standard part of Hollywood life. Men put up their brains and their money and their strength. Women put up their bodies.

That’s what I’m being told. Frankly, as an old economist who has not been in the girl-chasing business for a long, long time, my opinions of modern sex practices in Hollywood may not be worth a lot. I’m just passing on what I hear.

Speaking of economics, bear in mind that I, your fat old servant, have been telling you for years that inflation is coming. Guess what: it’s here. You cannot have an economy at full employment, with severe labor shortages, without having inflation. When you start to get that inflation, the last thing you want to do is goose the economy with huge public works programs and lowers taxes and fantastic money creation at the Fed. You, Mr. and Mrs. America, are NOT going to like severe inflation. It hurts like hell. The usual way to fight it is by buying and holding good real estate.

But more about that later. My wife is coughing and I have to make her some tea. We’ve been together for close to 52 years. She’s my goddess. Herbal tea for my goddess. Coming right up.