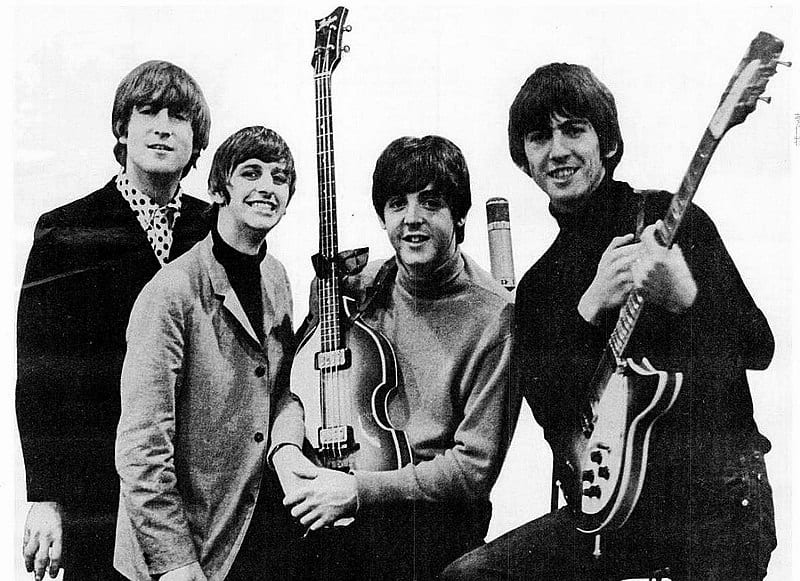 Yesterday I was visiting my attorney — she’s Yale College, Yale Law, half my age — when #MeToo came up. We talked, and I heard myself reveal something I’d kept to myself more than half a century. Was letting it past the fence of my teeth an unforced error?

The story goes back to 1965. Our newest U.S. Supreme Court justice was an infant, happy as a baby boy, the professor who’d swear under oath he tried to rape her wasn’t yet born, my attorney’s parents were children and I’d just been named the youngest-ever member of the editorial board of Harper’s Magazine. We’re speaking of the New World’s oldest monthly when quarterlies, monthlies, biweeklies, weeklies and dailies — words on paper — were important.

Jack Fischer was the editor-in-chief. Here was a 50-something, an Oklahoma-born liberal Democrat raised in, of all places, Idaho, a Rhodes Scholar, a speechwriter for the late Adlai Stevenson and the late Jack Kennedy constantly filling, lighting, relighting, knocking out and refilling his pipe like Hugh Hefner. A year earlier he’d been the commencement speaker at Radcliffe. Maybe there he’d heard something was happening. Or maybe he’d heard “The Times They Are A-Changin’” by one Bob Dylan, actually Robert Zimmerman of Hibbing, Minnesota and the Village. Anyway, he’d taken me on and made me an editor, the youngest ever, the idea being that a 22-year-old would have to be au courant.

He’d even given me a secretary.

This was a 19-year-old half-black, half-white girl, sorry, young woman, freshly graduated from secretarial school. I can’t remember her name. Blocking it?

One muggy day in August, 1965 she tells me Jack wants to see me.

I find him behind his desk in his office with his pipe between his teeth eyeing a card held at arm’s length.

“You know this new singing group, the, uh, Beetles?’

“The Beetles? Of course.”

“Well, they’re having a press conference up at the Warwick. Take this and go cover it for us.”

Back in my office I asked my secretary, whatever her name was and is, who the hell the Beetles were.

“What’s wonderful about them?”

“Jack wants me to report on a press conference they’re giving.”

Down on Park we flagged a cab and headed for the Warwick. On the way she brought me up to speed. How could I not know the Beatles? They were the Fab Four, namely John, Paul, George and Ringo, and they’d already vaulted the ocean to conquer America the year before, starting with a TV blowout on Ed Sullivan watched by more viewers than had watched Elvis or the funeral of JFK. Goes to show you, thought I to myself, how au courant I was.

A line of sawhorses had been put up by the NYPD three blocks from the hotel. No vehicles, and nobody uninvited, one passee per invitation. God knows I tried with the cops — this was my secretary, officer, she does shorthand, I’ve got no recorder, without her I won’t be able to file my story, etcetera, etcetera. The answer once, twice from harness cops and lastly from somebody with brass on his epaulets was in the negative. As we parted she looked miserable.

“That’s it?” said my attorney.

She was smiling. An interesting memory, she said, but even in the era of Weinstein and Kavanaugh a man can’t be expected to duck under a police barrier with his secretary and be arrested, or turn back in solidarity with her, flubbing his assignment and endangering his job. I should relax and not worry.

The cops let me through into a scene from “The Twilight Zone.” No, that’s wrong, more like the scene at the end of “The Day of the Locust” by Nathanael West, actually Nathan Weinstein of the Upper West Side and Hollywood. Fifty-fourth Street between Fifth and Sixth was a mass of screaming, sobbing, climaxing, sweating, fainting teenaged womanhood, high schoolers, junior high schoolers, thousands and thousands and thousands of them, and dozens if not hundreds of New York’s Finest, half-moons under their arms, on horseback and foot, looking and acting very, very jumpy. Funny? Not at all. What if there was a rush, a stampede, a panic? In years to come I’d experience wars and uprisings in the Middle East. But I’ve never felt closer to getting seriously hurt than I did as I fought my way to the hotel.

Inside the Warwick it was air-conditioned, and far less insane, yet not totally sane, and with a delay of less than an hour the presser in the ballroom got under way. The lads materialized— a volley of popping flashbulbs, shoving, shouting — and sat behind a hedge of microphones. One question at a time, please, requested a man in suit and tie helpfully identified for me by a colleague as Brian Epstein. The questions to the Fab Four were on the order of “How does it feel to be back in the States?” and “Ringo, what are you going to name the baby?” All four really patient, really sweet, really adult Brits.

Was it that afternoon Lennon declared the group bigger than Jesus? No, that would be the following year.

I was taking longhand notes and before I could think of a question Epstein called a halt. The band had to get ready for that evening’s concert at Shea Stadium, you see. How what happened next happened I’m not sure, but I actually found myself in an elevator, and then in a suite facing 54th with Lennon, Harrison, Epstein and two dozen or so room service waiters, flacks, hangers-on and camp followers, that is, groupies. I played the fly on the wall as Lennon rolled himself a joint and the madness in the street kept escalating.

I approached a man pointed out to me as Sid Bernstein, the impresario. Could he get me a ticket for the concert? The idea being, naturally, to rush back to the office before closing and hand it to my secretary. He laughed in my face. A ticket? God himself couldn’t arrange that.

But now a situation. A young Beatle Person had crawled onto a tenth-floor girder of a building site across the street and was threatening to jump. Several of us peeked through curtains watching as one cop and one construction worker— the latter were known as hardhats and would soon be beating up Vietnam protestors — inched towards her on either side on hands and knees.

At which juncture Epstein who’d noticed me scribbling asked me politely to leave.

Back into the heat, the humidity, the apocalyptic hysteria where, as I fought my way out, nobodyseemed aware of or maybe to care about the girder drama. Home, and eating pizza delivered by a Puerto Rican, past midnight, I stayed up writing, typing, revising and retyping a 10-pager on my Olivetti Lettera. My technique Hemingwayesque — two index fingers and a thumb. I could’ve waited to have my secretary retype but why aggravate her disappointment? In the morning on the IRT local the tidings on the front page of the Daily News in the paws of my brothers and sisters were these:

Had the jumper been talked out of it? Grabbed? If not it would’ve been headlined, no?

At the office I gave the manuscript to Jack’s secretary, and when my secretary brought me the Times and coffee, as she always did, I complimented her on her new dress.

“I beg your pardon?”

“I guess I wanted her to feel better.”

“Tell me the exact words.”

“I think she just smiled.”

“Did you ever sexually harass her again?”

“Did you ever mention her looks again?”

“Did you ever get handsy?”

“Even after you’d had a drink?”

“Did you ever pass off her ideas as your own?”

“This was a generation before email.”

“I’m your attorney. You can tell me the truth.”

“Did you ever make any other inappropriate remarks to any woman in any workplace?”

“Not that I remember.”

“Were you a liberal then?”

“Not good. Most of the creeps and rapists on the shit list have been Jewish liberals. Not all but most.”

“There’s a crowdsourced Google spreadsheet on the Internet naming shitty men in the media. You don’t know about it?”

“I’m always the last to know.”

“This is no joke. You may have ruined a woman’s life.”

“Can’t I? You abused your power dynamic over a 19-year-old. A person of color.”

“There were no witnesses.”

“So what do you suggest? Could we pay her to sign a non-disclosure agreement?”

“So what do you suggest?”

“Preemption. I’ll draft a statement expressing your regret for any and all unbecoming behavior with any and all women including what you weren’t conscious of at the time and with those whose names you’ve forgotten.”

“Why not let sleeping dogs lie?”

“Up to you. But understand — these days a heteronormative old white man can’t be too careful.”

“How did America get this sick?”

“Forget America and worry about yourself.”

“What’s next? Is Joan Baez going to accuse Bob Dylan of rape?”

“Forget Dylan and worry about yourself.”

“Most of my friends are dead, but no.”

Easy for her to say! I didn’t sleep last night for brooding on the pros and cons of a man keeping his mouth shut around women. And the irony — Jack covered the taxi but rejected the piece.

Edward Grossman is a senior citizen.