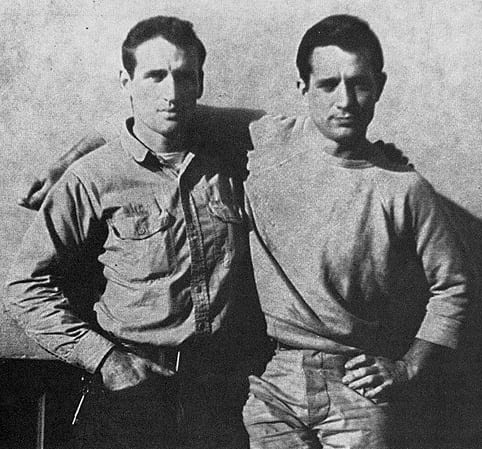 Jack Kerouac, a novelist known more for his biography, came into the world 96 years ago today. Nearly a half-century after that mass murderer Johnny Walker Red, and also, perhaps, a bar fight that resulted in a hernia, led to his demise, literate people know Kerouac the persona more than Kerouac the person.

Robert Dean Lurie, the author of the forthcoming Begin the Begin: R.E.M. the Early Years and of a memorable article on Kerouac in the American Conservative, told The American Spectator that in three big ways even Kerouac’s fans confuse the myth for the man.

“He was very much an introverted personality,” Lurie explains. “The image that you get from the myth is this sort of hedonistic, very extroverted, tearing-up-the-roads-of-America rebel. I would say that he had that lifestyle in a sense. But if you read the works and know something about his life you know he was always living vicariously through his muses. The biggest one is Neal Cassady. People imagining Kerouac are probably thinking of Neal Cassady through the character Dean Moriarty.” Lurie notes that the “severe alcoholic” Kerouac “needed a lot in his system to get up the courage to be social.”

Second, Kerouac, to the extent that he embraced politics, generally leaned in a conservative direction. “He came from that blue-collar, conservative background,” Lurie tells The American Spectator. “He was wild-living but politically he was not out to rock the boat.” The hippies who took inspiration from him did not fully understand him or faithfully — perhaps, in some ways, thankfully — follow his example.

Third, “Kerouac was a very intense Catholic. He got into Buddhism. He never really was able to bring them together, and he just dropped Buddhism at a certain point.” He found his father’s faith harder to shake.

Strangely, as a writer more read about than read, Kerouac posthumously undergoes all sorts of transformations at odds with reality. Much of this involves the public’s continued fascination with the son of Lowell’s most famous work, which they imagine as purely autobiographical.

“Kerouac’s reputation is as a one-book writer,” Lurie points out. “That one book being On the Road. This reputation is kind of fair. For a while Dharma Bums goes into high-gear and the language is so lyrical and beautiful. But it ultimately doesn’t work. He left a fairly uneven canon of work. His strength and his curse was his insistence on spontaneous prose, the idea that on the first pass, it’s going to be the most inspired. A lot of writers try to imitate it but I don’t think anyone has succeeded. He was really good at this but even so those books needed some editing. On the Road works because it did go through a few drafts.”

Kerouac played football for Lou Little at Columbia and then allegedly gave birth to the hippie movement. He remained fascinated with Catholicism but found himself in jail as an accessory of sorts to murder. He hung around with Allen Ginsberg and William Burroughs but told Ben Hecht, “I like Eisenhower, as a man — he’s a nice man,” and explained to William F. Buckley, “My father and my mother and my sister and I have always voted Republican, always.” The beatnik prophet smoked grass rooting on Wisconsin’s junior senator while watching the 1954 Army-McCarthy hearings. This confused image perfectly sums up the essence of Kerouac, a man only imperfectly summed up.

Jack Kerouac does not fit into boxes very well. But once a year one can fit him rather nicely into that box on the calendar labeled “March 12.”