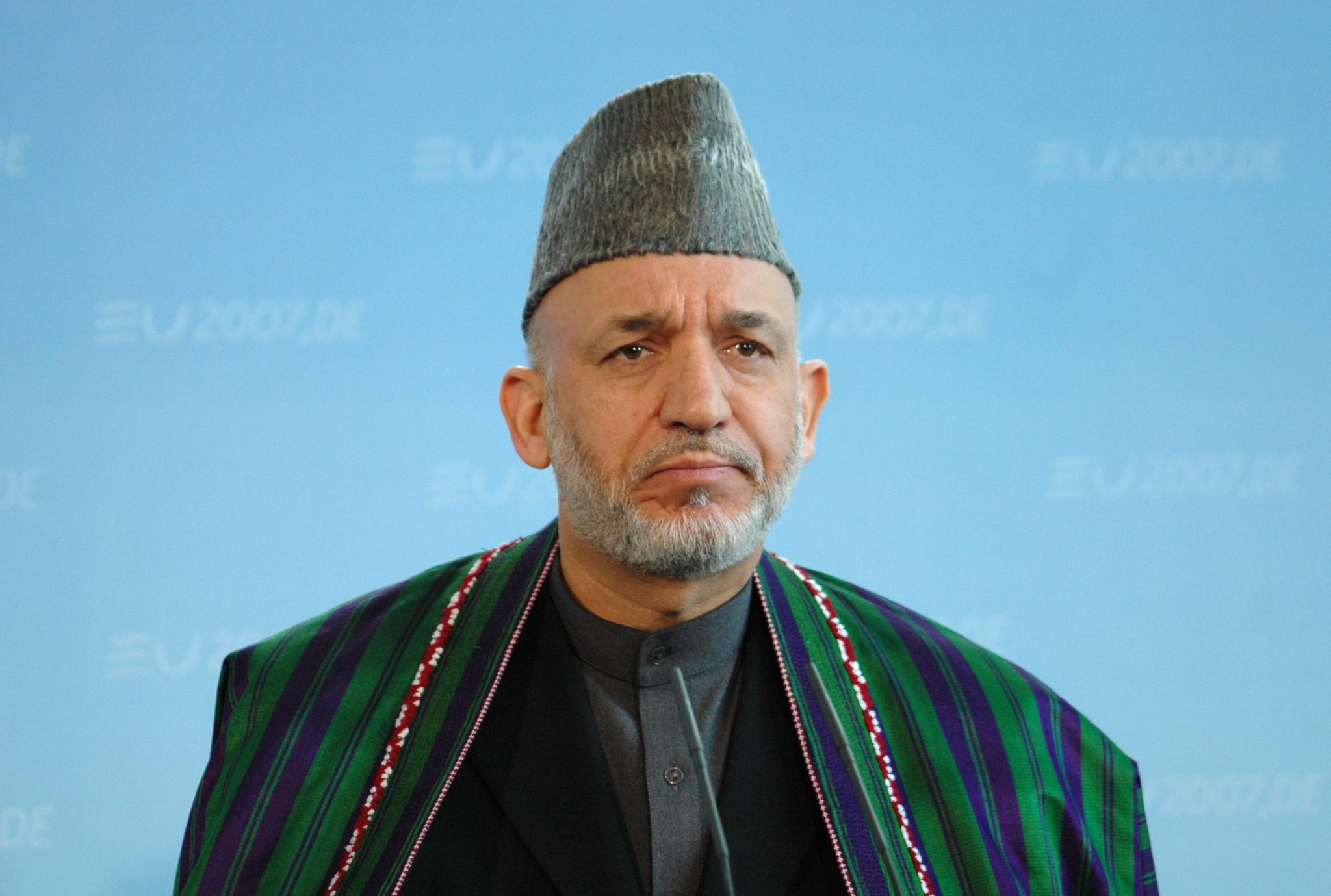 Hamid Karzai isn’t exactly wrong, you know. But when the former Afghan president trashes America as a failure it does seem like awfully poor form:

Afghanistan’s former president said Sunday the United States came to his country to fight extremism and bring stability to his war-tortured nation and is leaving nearly 20 years later having failed at both.

In an interview with The Associated Press just weeks before the last U.S. and NATO troops leave Afghanistan, ending their “forever war,” Hamid Karzai said extremism is at its “highest point” and the departing troops are leaving behind a disaster.

“The international community came here 20 years ago with this clear objective of fighting extremism and bringing stability … but extremism is at the highest point today. So they have failed,” he said.

Their legacy is a war-ravaged nation in “total disgrace and disaster.”

“We recognize as Afghans all our failures, but what about the bigger forces and powers who came here for exactly that purpose? Where are they leaving us now?” he asked and answered: “In total disgrace and disaster.”

The U.S. government spent more than $2 trillion over two decades in attempting to make Afghanistan into a somewhat functional, modern state. That money — and much American blood; some 2,351 Americans have been killed since that war was launched in 2001 — should have produced something somewhat sustainable, and our military presence should have resulted in the end of the savage Taliban partisans who haven’t just held out against us for 20 years but have retaken ground our pullout has left open. The Afghan government Karzai led for 13 years is utterly incompetent and practically useless, and without being propped up by American money it will fall in short order.

The Taliban will retake the country, or if they don’t Afghanistan will descend into chaos, with local warlords holding sway in each village and town.

Afghanistan isn’t actually a country, s***hole or otherwise. Afghanistan is a hole in the map where other countries aren’t.

A hole in the map into which we have poured 20 years of blood and treasure trying to rectify.

The smart move would have been to launch a punitive expedition into Afghanistan seeking to kill every jihadist leader we could find, with absolutely no thought whatsoever toward building a modern nation-state in a place where the sexual abuse of little boys is common and unobjectionable.

Which, after 20 years of U.S. presence there, goes on unabated.

But you won’t hear Hamid Karzai admitting to that, of course. It’s America’s fault that our $2 trillion and 2,300-plus lives were wasted in an attempt to bring the country he led (poorly) for 13 of the past 20 years out of the dark ages.

This is not to absolve our government of the mistakes made in Afghanistan. Those were many.

But Afghanistan isn’t Germany or Japan, and it isn’t South Korea. The Afghan people have no interest in progress and prosperity, or at least certainly not enough to successfully cooperate with us in trying to bring those things to them. Our military and civilian leaders attempting to lift Afghanistan could have performed flawlessly and it wouldn’t have mattered.

It’s as if we occupied Germany, only to find that all or most of the Germans were hardcore Nazis who couldn’t conceive of their country being anything other than the Third Reich.

There are Afghans who did help us and were with us. We should do everything we can to reward them, either by allowing them to immigrate here or by facilitating their emigration to some other country like Dubai or Kuwait.

But for the rest?

Karzai is only relevant to the current discussion because he’s been brought in to attempt to broker a peace agreement with the Taliban. But of course he’ll fail at that, because the Taliban don’t want or need a peace agreement. We’re leaving either way, as we should, and once we’re gone the Taliban will overrun the capital in Kabul and retake the country.

We spent a year winning in Afghanistan, and we’ve spent 19 years losing. Most of that time was wasted attempting to prop up Karzai, and now he says he’s glad we’re leaving and we never did much good in the first place.

Hopefully there’s a lesson learned in this, which is that we should stop wasting American blood and treasure in hellholes like Afghanistan. There is nothing wrong in going in if we have to and killing the men who need it, and then getting out, and going back in later if it’s necessary.

It’s better than $2 trillion down the hole. And certainly better than over 2,300 families losing their sons to a naive foreign policy folly.

Nobody in this country should give a hot fig about that awful place or the awful culture that pervades it. Our resources are better spent fixing the awful places and cultures within our own borders, most of which, it’s assumed, can be remedied much more easily.