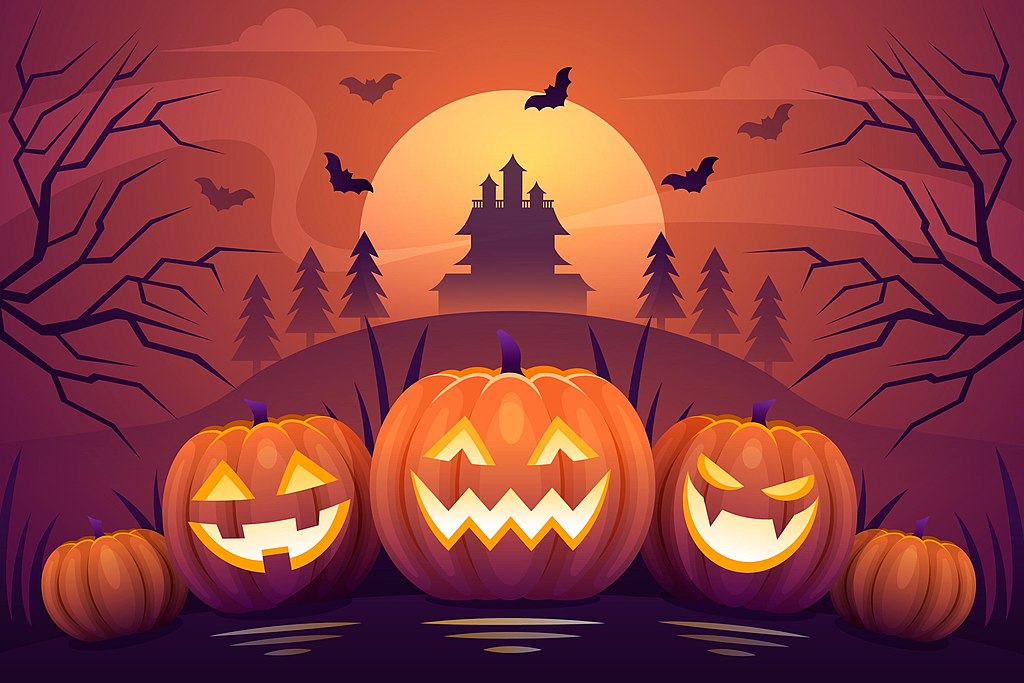 There’s many a curious way to mark Halloween. I’ve told Bob Tyrrell, founder of this venerable publication, about a fellow columnist of mine at the Pitt News in the late 1980s, Mario Oliverio. Like many young conservatives of our generation, we read The American Spectator. Mario was a big Tyrrell fan. He considered going to a Halloween party dressed as none other than R. Emmett Tyrrell, Jr., but instead opted for the easier-to-imitate William F. Buckley, Jr.

Yes, call us conservative geeks. Then again, left-wingers of our generation were dressing up as tombstones and coffins to stage “die-ins” outside of the Reagan White House protesting nukes. Talk about dorks.

Come to think of it, I wish Mario and I had thought of dressing like an MX or Euromissile. That would have been cool.

Let the liberals dress like Jane Fonda and Carl Sagan or whales and baby seals. Or let them imitate Teddy Kennedy, which would have gotten them easy admission to a frat party, as well as plenty of slaps in the face from pretty coeds.

My favorite American Spectator Halloween remembrance is a 2013 column by Dan Flynn, titled “Whoreoween,” an instant American Spectator classic. “The scariest thing about Halloween isn’t the goblins,” mused Dan. “It’s adults who impersonate children. Halloween, a holiday for children, has transformed into an unholy day for adults.”

Dan observed the popular costumes of that year, which ranged from Miley Cyrus’s mouse leotard to sleazy moms dressed as Catholic school girls and French maids and donning costume variations on the 50 Shades of Grey theme, which, opined Dan, was “a long way of saying that by far the most popular costume this year, and indeed for at least 10 years running, is ‘whore.’”

Halloween is for kids, but now many a lady employs the day to slip into a risqué outfit and go barhopping.

So much of the culture has become sexualized that it’s no surprise that even Halloween costumes are as well.

I’m reminded of recently looking on “Google images” for a photo of a nun — specifically, Sister Letizia, the sturdy nun from Bergamo, Italy, who heroically (and humorously) tackled the attempted assassin of Pope John Paul II on May 13, 1981. As I searched for a picture of the resolute nun, I was deluged with images of mock “nuns” from the racy to the profane. Gee, you’d think you’d at least see an Audrey Hepburn from The Nun’s Story or Julie Andrews from The Sound of Music. But our moderns prefer their sisters irreverent, depraved, and plenty slutty. They want a nun showing cleavage and leg below the rosary and crucifix.

Yet more signs, dear reader, of a seriously messed-up culture, where the number of self-identified witches among screwy middle-aged women continues to rise alarmingly. The signs of decline are everywhere, and especially on display on Halloween.

All of which brings me to my very different Halloween experience.

For Halloween this past Saturday, my second daughter actually dressed as a nun, namely, her favorite saint, her confirmation saint, the wonderful Edith Stein. Known as Saint Teresa Benedicta of the Cross, Stein was a brilliant woman born in Breslau, Lower Silesia (today, Wrocław, Poland), in 1891 — highly intelligent, intellectual, courageous. She was murdered in the gas chambers of Auschwitz in August 1942. John Paul II ultimately canonized her.

That brings me to how we do Halloween in our funny Catholic subculture out here in the hinterland. Really, it’s our counterculture, which Bob and Wlady Pleszczynski and the writers at The American Spectator have likewise long represented. In our family and community, we celebrate Halloween weekend with the saints. History lesson: Halloween, which falls on Oct. 31, is the eve of All Saints’ Day, which comes on Nov. 1. “Halloween” actually means “All Hallows’ Eve,” or “All Saints’ Eve.”

Yes, incredible, but true. By golly, even Wikipedia gets it right, as does CNN!

Along with a large group of other Catholic families, each year we do “trick or treat” on Saturday afternoon, with the kids dressing in typical costumes (though nothing notably morbid and pagan), and then follow it with an All Saints’ party, where the kids change into costumes representing different saints. Each kid does a short presentation describing the saint they’re portraying. It’s cute and it’s edifying. Everyone has a good time. We eat pizza, bring good food, drink wine, bob for apples, and the kids smack a piñata.

Many readers will judge this to be odd, which it certainly is in our day. But if you pause to think about it, we’re actually authentic. To repeat: Halloween is All Hallows’ Eve.

As for the saints we honor, they lived remarkable lives worthy of an annual remembrance. They behaved far more virtuously than vampires and werewolves. To quote Pope Francis: “The saints are our brothers and sisters who have welcomed the light of God in their heart and have passed it on to the world, each according to his or her own ‘hue.’”

Our kids dressed up as various saints represent those different hearts and hues worthy of passing on to this world. Why not represent holy men and women rather than Jack the Ripper, Chucky, or stripper girl?

Some readers will recall a time not long ago when children in their parish dressed as saints during Sunday Mass on Halloween weekend. Some churches still do this. In fact, so do some cultures. In Poland, which remains faithfully Catholic, they continue to keep Halloween hallowed, honoring All Saints’ Eve, All Saints Day, and, then, on Nov. 2, All Souls’ Day.

Those three days, ladies and gentlemen, constitute a troika of special religious-historical significance. Even if you’re not Catholic, I ask: Would it hurt to spend one of those days praying for the souls of your faithfully departed loved ones?

So, here in our little Catholic subculture, I dare assert that we’re closer to properly honoring Halloween than are kiddies dressed as Freddy Krueger. I don’t feel self-righteous saying that my kids are better off dressing as Saints Clare and Francis or Augustine and Aquinas and Mother Teresa than the little pale-faced Satan girl and her sister Vampiress, mother Streetwalker Chick, and little brother Zombie Boy.