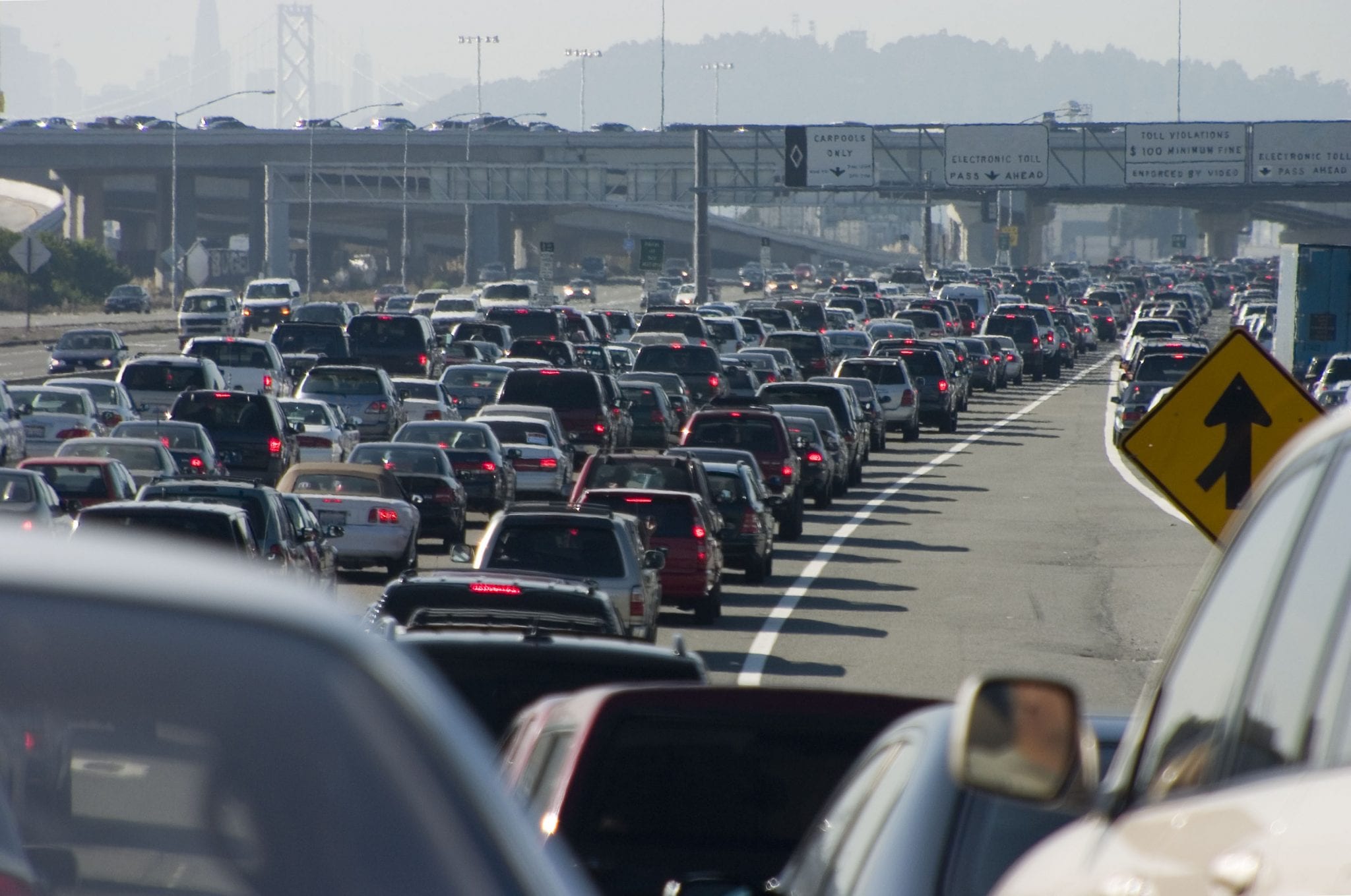 Californians have been fighting a contentious battle over transportation funding since 2017, when then-Gov. Jerry Brown pushed through a large increase in gasoline and diesel taxes and vehicle-license fees to upgrade the state’s crumbling infrastructure. No one disagreed that California faces tens of billions of dollars in unmet road and freeway needs, but both sides focused mainly on the best way to come up with the extra cash to make the improvements.

Brown and his backers made the obvious case. The state is mired in congestion. It’s costly, in terms of lost time and economic growth, to do nothing. Opponents wondered why Democratic lawmakers always hold transportation funding hostage, by refusing to spend more on infrastructure out of current revenues. They plow through the $215 billion budget to fund myriad programs, yet can’t eke out $5 billion to handle what’s supposed to be a state-government priority.

As usual, the Democratic leadership won the political battle. They secured, albeit barely, the two-thirds legislative votes needed to pass a tax hike, although Republicans got their pound of flesh by recalling an Orange County Democratic senator who cast a deciding vote for the tax. Tax opponents then qualified a referendum for the November 2018 ballot that would have repealed the tax, but voters rejected Proposition 6 on a decisive 57 percent to 43 percent vote.

We fought. We lost. What else is new? We’re now stuck paying nearly $4 for a gallon of regular, but at least we’re getting road improvements and will soon be able to get around with a little more ease. At least there’s an upside, right?

Not so fast. In late May, the Los Angeles Times reported, “Two years after state lawmakers boosted the gas tax with a promise to improve California streets, some cities have raised the ire of drivers by spending millions of the new dollars on ‘road diet’ projects that reduce the number and size of lanes for motor vehicles.” In other words, California officials are using the extra tax dollars to reduce lanes to purposefully increase traffic congestion.

During the repeal campaign, gas-tax supporters made public safety a key to their argument: “Proposition 6 threatens public safety. California has more than 1,600 bridges and overpasses that are structurally deficient, and 89 percent of counties have roads that are rated in ‘poor’ or ‘at-risk’ condition. Prop. 6 eliminates projects making safety repairs to bridges and overpasses and fixing dangerous roads,” they argued in the official ballot statement.

That would seem clear to any voter. If we repealed the tax, state and local transportation officials would have fewer dollars to expand freeway lanes, fix bridges, and improve our roads. Congestion leads to more accidents given those common stop-and-go conditions that are endemic on California’s overburdened freeways. More money will lead to less-dangerous roads.

But California officials had a different idea, which they didn’t share with voters. In Sacramento, road officials removed lanes from downtown streets and replaced them with wider bike lanes. Other cities have done the same. Instead of having quicker commuters, we’re facing rush-hour gridlock. Don’t worry, though, officials are doing this to make us safer.

“These were streets with some of the highest numbers of fatal and serious crashes,” Sacramento Mayor Darrell Steinberg, the former Senate majority leader, told the Times. “When we looked at why, the primary collision factor on the streets was unsafe speeds. And one of the easiest and most cost-effective ways to reduce the speeds is to reduce the number of travel lanes.”

Yes, the number of serious accidents decrease when people are not moving at all, or are crawling through downtown Sacramento at 3 mph. California isn’t the only state to implement this nonsense, but we’re the only state to do so right after passing a large tax increase that was sold to the public as a way to reduce its grueling congestion.

I often refer to the Congestion Lobby. Many of the people involved in government transportation planning dislike automobiles and are using public policy to try to force us to take public transit. They sometimes try to increase congestion to accomplish those aims. New Urbanists point to something known as “induced demand” to justify this policy. They say that building more lanes is therefore pointless, and promote alternatives such as buses and rail lines.

Induced demand really is just a myth, or at least its impact is far more modest than the planners suggest. More people do use new roads (that’s the idea, isn’t it?). But that reflects the level of pent-up demand by congestion-wary drivers. That so-called problem could be fixed by a sane, market-based pricing system, but the opponents of road building are ideologues. They don’t want more roads because such roads promote suburban sprawl and discourage transit use.

If these planners believed their own platitudes, they would have forthrightly told California voters what they had in mind. We know why they didn’t spell it out. Had gas-tax supporters explained that some of the new tax money would be spent to reduce traffic lanes as a means to slow down road speeds to protect us from accidents, the tax surely would have been repealed. The experts would rather quietly do what they know is best for us rather than discuss it publicly.

If this isn’t enough insanity, consider that California’s new Gov. Gavin Newsom and various top-level state officials are demanding an inquiry into why the state has such high gasoline prices. The obvious answer is the new gas taxes they all supported and that the state’s special global-warming-fighting gasoline formulation, plus all the other taxes and regulations that drive up the cost of production. An investigation, however, will let them blame the usual private-sector suspects.

This fiasco should remind voters of an enduring principle: Never agree to raise your own taxes, because the government always will use the money foolishly.