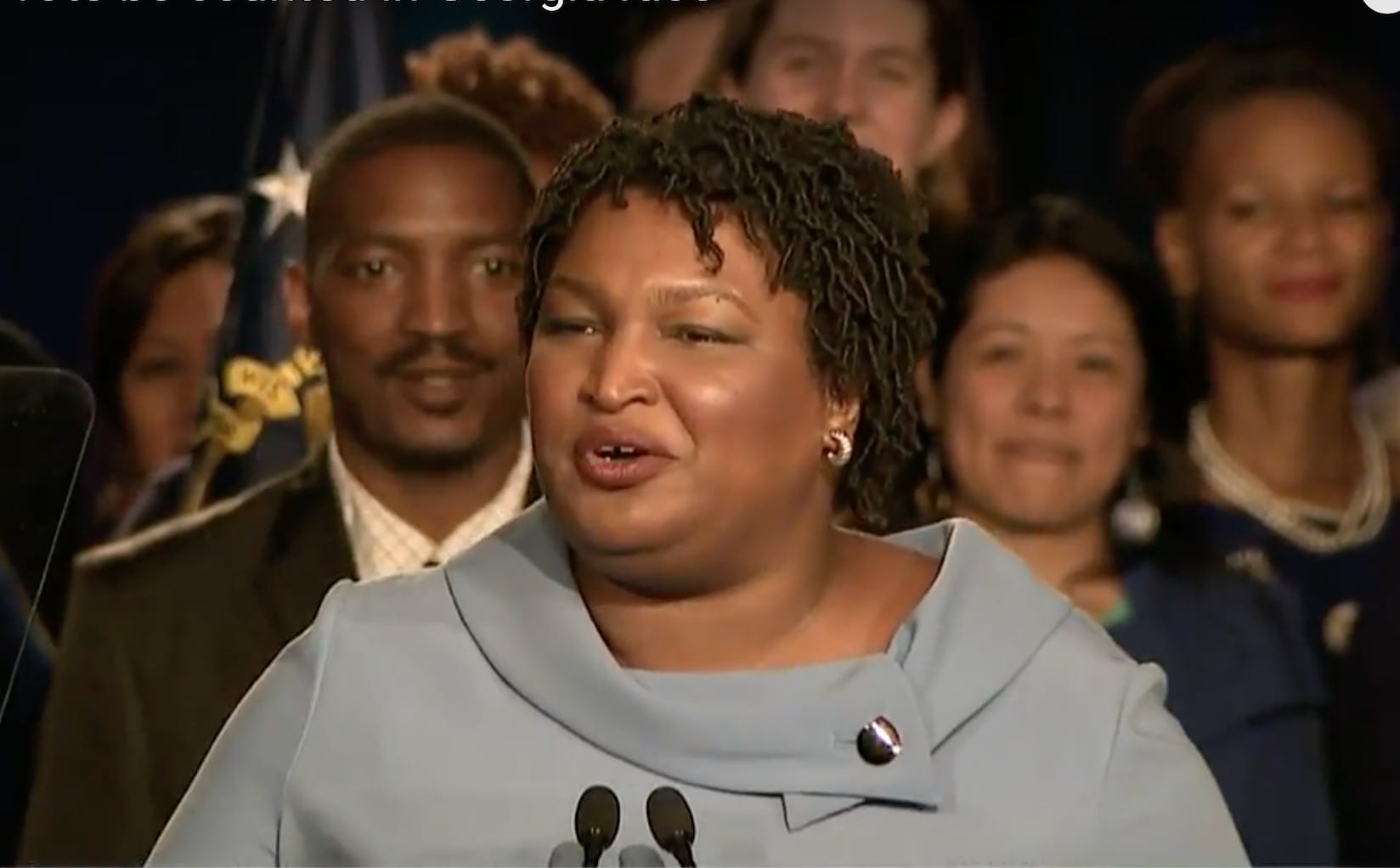 Yesterday was a good day for the “world’s greatest deliberative body.” The voters banished four Democratic Senators to outer darkness. The Republicans also held on to the majority of their governorships, including the crucial state of Florida and probably Georgia — where Stacey Abrams was behind her Republican opponent Brian Kemp 50.7-48.2 with all of the precincts reporting. But the Democratic candidate evidently has no intention of accepting her loss with dignity. Abrams is refusing to concede despite the more than 100,000 vote gap:

Democracy only works when we work for it, when we fight for it, when we demand it, and apparently today when we stand in line for hours to meet it at the ballot box… I am here today to tell you there are votes remaining to be counted. Voices are waiting to be heard.

The Democratic Senators who got the well-deserved bum’s rush included Indiana’s Joe Donnelly, who lost by nearly 10 points to Republican Mike Braun, a businessman and former member of the Indiana House of Representatives. Donnelly hurt his campaign by voting against the confirmation of now-Justice Brett Kavanaugh and damaged himself further last week when it was reported that he had been buying Facebook ads encouraging conservatives to vote for his Libertarian “opponent” Lucy Brenton.

Another Democratic Senator who won’t be coming back next year is Missouri’s Claire McCaskill, who was defeated by Josh Hawley, the Show Me state’s Attorney General. Like Donnelly, McCaskill came out early against Kavanaugh and was also involved in a dark money campaign promoting candidate Japeth Campbell. This stunt put paid to McCaskill’s career in the Senate where she has been posing as crusader against political campaigns conducted by unknown groups funded by undisclosed donors.

North Dakota Senator Heidi Heitkamp will also be conspicuous by her absence next year. She lost her race by double digits to Keven Cramer, North Dakota’s at-large congressional representative and former chair of the state’s Republican Party. Heitkamp is yet another Democratic Senator who damaged herself by voting against Kavanaugh pursuant to a vague principle that she expressed as follows, “I can’t get up in the morning and look at the life experience I have had and say yes to Judge Kavanaugh.”

One of the most important GOP pickups in the Senate was the Florida seat Bill Nelson has occupied for 18 years. Former Florida governor Rick Scott won that race by a 1 percent margin after a race characterized by Nelson’s lethargic campaign, false tweets (including one in which he claimed that that Russian entities hacked into Florida’s election system), and his vote against Kavanaugh. Scott had to call in the big GOP guns, including President Trump, to get across the finish line first.

There are still races around the country that have yet to be called as this is being written, but regardless of the grandiose claims that will inevitably be made by the Democrats and the media pursuant to their recovery of the House majority, the fabled blue wave failed to materialize yesterday.