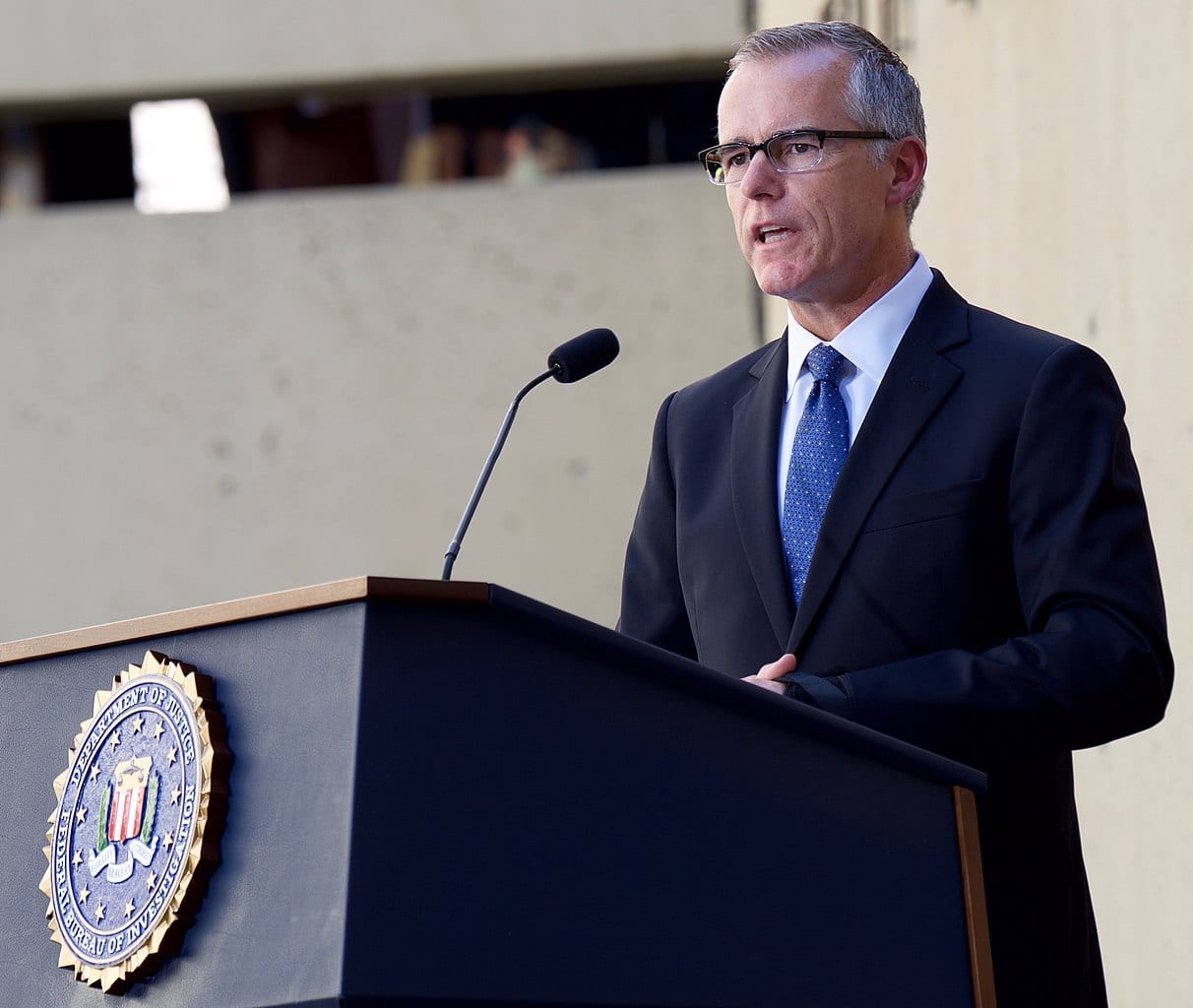 Last week, if you follow the soap opera drama that the mainstream media has orchestrated against the Trump Administration, you got your money’s worth. As the week progressed Andrew McCabe, the departing deputy FBI director, was almost frantic. He was running from office to office at the Justice Department in a frenzy to save his pension before retiring. President Donald Trump was tweeting out against him. Others were speaking out in his favor, for instance, the glabrous former director of National Intelligence, James Clapper, and the reformed Marxist and former CIA Director, James Brennan, along with other official and unofficial spokespersons of Official Washington. The stress and melodrama were growing intense. Then, just at the last moment with only some 24 hours to go before McCabe was granted retirement with his pension assured, Attorney General Jeff Sessions dropped the big one.

He fired McCabe. His decision was announced just before 10 o’clock Friday evening, and McCabe faced the dark and bleak night alone without his pension after 21 years of valiant service to the country, to say nothing of the Democratic Party. “The big picture,” McCabe hymned, “is a tale of what can happen when law enforcement is politicized, public servants are attacked, and people who are supposed to cherish and protect our institutions become instruments for damaging those institutions and people.” He is talking about people such as himself. Such is the arrogance of Official Washington. My guess is that he is going to be spending a considerable amount of time in court in the years ahead. After that there might be a stint in the calaboose.

Authorities at the Justice Department had been probing McCabe’s leaks regarding the ongoing investigation of the Clinton Foundation. When the Inspector General of the Department of Justice asked him about it, he lied. This is why the Office of Professional Responsibility recommended that McCabe be fired. Attorney General Sessions, owing to his sense of duty and integrity, had no alternative.

The claims wafting from this altercation are immensely confusing, as they are supposed to be. As Official Washington sees it, confusion breeds apathy in Middle America. That apathy suits Official Washington just fine. Thus Official Washington will claim that McCabe was the innocent keeper of what he called the other night “our institutions.” All sorts of extenuating circumstances will be alluded to. The President’s boorishness will be harped upon, even his disagreements with Sessions. Possibly the delicious Miss Stormy Daniels will be cited. Maybe Andrea Mitchell will hold a bake sale to raise money for McCabe, if her suggestion on Twitter that Democrats hire him goes unheeded.

But the fact remains. McCabe was less than honest with the Inspector General. He was reckless with the press. His goose was cooked months ago — as I pointed out at the time — and he cooked it. Not the Attorney General, not the President, not the bureaucrats at Justice or the FBI. McCabe did the cooking, and there are going to be more like him in the months ahead.

The fact is that the Attorney General has served the President and the country well, as Chief of Staff John Kelly reiterated last week. In a recent press briefing, as reported by Axios, Kelly pointed out that only a small percentage of Sessions’ work gets reported upon. Quietly, Sessions has been undoing the ruinous policies of his predecessors. His role in taking illegal immigration seriously gets short shrift in the press, but the pressure he has put on state and local government to enforce the law has been admirable. And it is federal law not state law that is preponderant, a matter rather firmly established as long ago as 1865 at Appomattox Court House. He has done the same with laws regarding hard drugs, calling for the enforcement of federal laws that the Obama Administration had ignored. The last Administration’s skittishness about enforcing the law against Islamic extremism has been replaced by the Trump boldness in dealing with the political correctness of the recent past. Finally, Sessions has strengthened the war against gang violence.

I like to think Sessions’ efforts to Make America Safe Again got a major boost when McCabe received that unceremonious heave-ho.