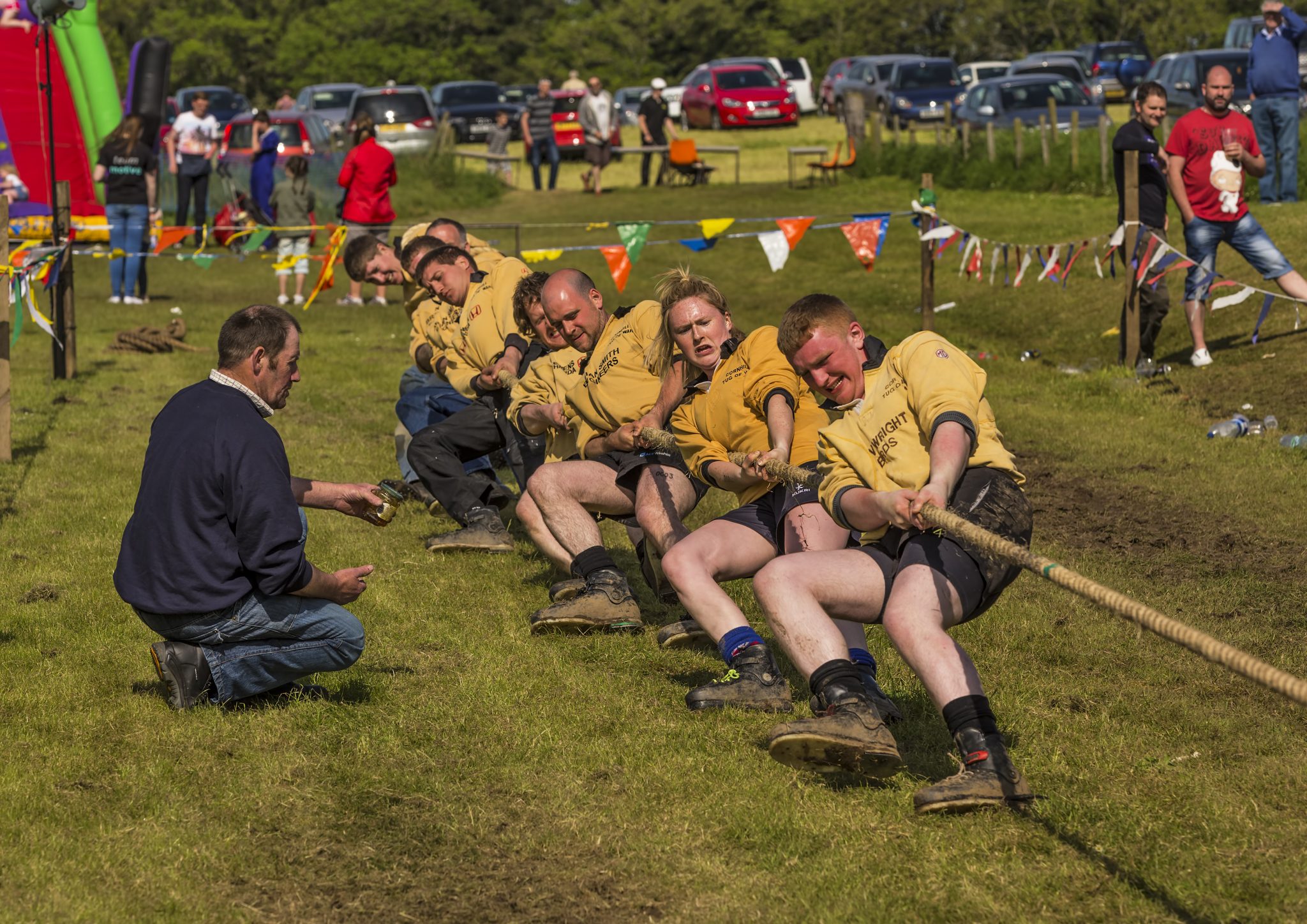 There’s a famous photo of Princess Diana taking part in the mums’ sprint race at Prince William’s school sports day, 1989. Young, free, joyful, unbeatable, she’s like a gazelle in full flight as she bursts clear, hits the finishing tape, and flings her arms skyward in triumph.

It makes school sports days look like terrific fun. What larks! But I promise you it is thoroughly misleading. They are torture. And while COVID has caused such misery, there’s one huge plus: sports days have been canceled throughout the UK. Praise the Lord.

Sports days, or track and field days as I understand they’re called in the States, are hell for any parent over the age of 40 — or, in my case, 50. We have a tradition in the UK, a totally sadistic one, that parents take part in some of the events. Now, that’s all very well when you’re 28, as Diana was, with legs that go on forever. But what about me, and other oldies?

My approach to sports day has been to act as incapacitated as possible, and, with any luck, be mistaken for a grandparent.

Over the past few years, it’s dawned on me that sports days are designed with one purpose: to humiliate the older dad. Some parents at my kids’ school are a quarter of a century younger than I am. They could pass for teenagers, they’re so fresh-faced and beautiful. Ask them to run in the parents’ race? No problem. One of them actually ran for England, for heaven’s sake.

And then there’s me. I never ran for England. I can’t even run for a bus — a strained ankle ligament put paid to that 10 years ago. I have a dodgy knee, too. So running has been a non-starter for the past decade. I quite literally wouldn’t get out of the blocks.

But it gets worse. Sports day always comes bang in the middle of the hay fever season, so I spend the entire day sneezing with ferocious force, loudly blowing my nose, gasping for breath, and struggling to see. No amount of antihistamine seems to help. And the school groundsman mows the field that very morning, so the pollen levels are off the scale. They might just as well tip the grass straight over my head and be done with it.

Sadly, these disabilities don’t, by themselves, stop me taking part in that ghastly creation, the dads’ tug of war. In theory, it sounds easy enough. You just hold a bit of rope, lean back, and pull. Well, a few years ago, my kids persuaded me to take part. I’ll do it for them, I thought, with a sudden surge of parental selflessness. Huge mistake. Our end of the rope was about 30 feet long, but there must have been 40 of us in the team, all squashed together, in my case behind a guy so massive that my forehead fitted neatly between his giant shoulder blades.

So, when the umpire shouted “PULL!” I found myself lurched violently backwards at an angle of 45 degrees, with 240 pounds of flesh and muscle just an inch or so above me. There was only one way this was going to end with someone like that on my team: we were going to win, with him landing on top of me. And that’s exactly what happened. With hundreds of excitable kids roaring us on, I sensed, to my dread, that the pace at which we were heading backwards was increasing. At any moment we were going to collapse, victorious, but seriously injured. I briefly considered shouting for help. But it was hopeless.

Christ, it hurt. Imagine being sat on by a small elephant, and you’ll get the picture. The kids were delighted, of course. And I don’t think the chap on top of me even realized I was there.

Ever since then, my approach to sports day has been to act as incapacitated as possible, and, with any luck, be mistaken for a grandparent.

There’s an art to it. First, grandparents don’t sit on rugs, as the young beauties do. They bring camp chairs. So, when I hit 50 a couple years ago, I had a rather heated discussion with my wife about this, insisting that 50 was old enough to be elevated above ground level, preferably in one of those chairs with a holder for a flask of hot tea. With the Daily Telegraph on my lap, things begin to look promising.

Next, wear a big sun hat, thereby concealing your hair. I’m lucky enough to have a full head of blond hair. My kids tell me it’s going grey, which is preposterous. I do wish they wouldn’t make things up. But the sun hat makes people suspect I’m completely bald and therefore ancient. Excellent.

Then, dress as though you’re going to a fairly posh lunch party. No shorts, no t-shirts, no sneakers — nothing that might suggest sporting aptitude. Chinos, brogues, and a long-sleeved shirt fit the bill, even if the temperature gets above 85 degrees. If things get desperate, put on a cravat.

Finally, refuse all encouragements to take part, however persistent. There are always more than you’d expect. “Oh, come on, Robert, we need one more parent for the 400-meter relay — you can do the final leg.” “You’ll be letting the kids down if you don’t.” And the classic: “All the other dads are doing it!” It’s imperative to ignore all this. Succumb to no amount of emotional pressure. Be ready to hit someone if necessary.

Mercifully, none of these contingencies will be required this year. Lockdown has seen to that. And by the time sports day 2021 comes round, I’ll be a year older, and my hair might even have started greying. Then, with luck, the youngsters will realise that Grandpa Rob ain’t gonna budge.

One day the whole world will wake up to the fact that kids’ sports days should be for kids. The clue is in the name. They may be all right for long-legged princesses, but please, please, just leave us oldies alone.