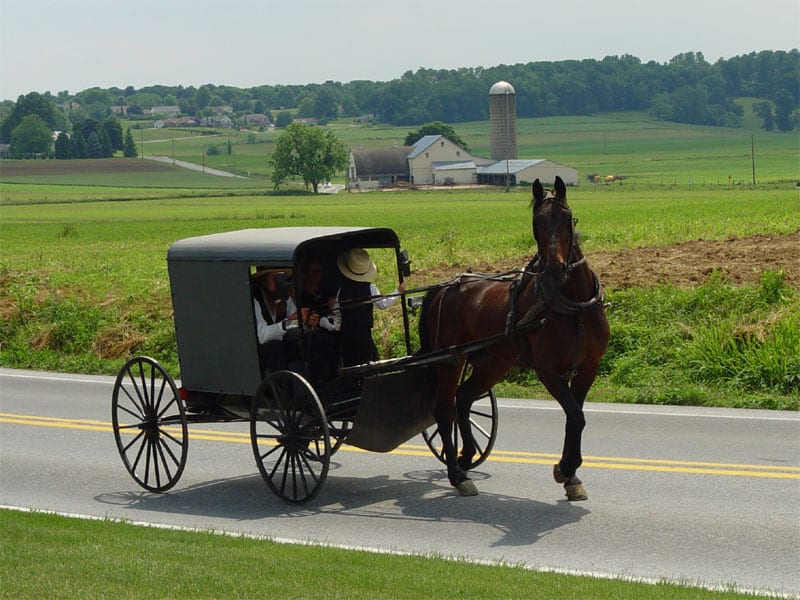 I think I’m on the verge of developing what might be called “Amish syndrome.” Now, don’t jump to conclusions. I’m not about to trade in my beloved Lexus for a horse-and-buggy rig. After all, horses would be much higher maintenance than my reliable old sedan, even with the odometer at 107,000 miles and counting. And, it’s much easier to make a quick run to the supermarket when you just press the ignition button instead of hitching the horse to the old black buggy.

Also, I think I’ll keep central air conditioning at home to manage those sweltering, humid summer months that are just around the corner. I just can’t see sitting on the front porch trying in vain to cool myself with a folding fan.

To be sure, I really enjoy and have grown embarrassingly dependent on all those modern “conveniences.” They have moved beyond being important to me — they have gained the status of essentials in my life.

But, I am growing increasingly resistant to, and regularly irritated by, those “conveniences” that tether me to the net 24-7, constantly interrupt my relentless quest for even a sliver of solitude, and threaten to become an obsessive addiction in our daily lives.

And, I am becoming increasingly annoyed and downright angry when my life and peace-of-mind are threatened by the obsessive electronic habits of those around me. Here are a few examples:

I resent these electronic accelerants that increasingly govern our lives, while at the same time I increasingly have been maneuvered into reluctant dependence on them. I despise being pressured to do four things at once, when doing two or three at a time has served me reasonably well for most of my life.

I will declare it bluntly now, “I’m no Luddite!” (Wow, that sounds uncomfortably close to Nixon’s infamous outburst, “I’m not a crook!”). After all, I have a smart phone (for outbound calls only). I use a computer constantly (more than I ever imagined when that PC landed on my law firm office desk long ago). I use email incessantly in my personal life. I am a Google-maven. I think computer search engines should be declared one of the ten marvels of modern science.

When I reflect on modern electronic marvels, several descriptive expressions come to mind: speed, efficiency, annoyance, shattering, intrusive, essential, jarring, even maddening. I suppose in the final analysis my growing Amish syndrome is really about control and self-discipline. I want to control what I consume electronically, and when I consume it.

I want to screen out spam and other cyber-junk, and carefully control what my mind ingests from the numerous luminous screens at which I stare in the course of a day. I don’t need a text-message diversion when I am otherwise engaged in an important project. Managing degrees of urgency has become a major priority for me, at the office, at home, and on the road between.

I want to enjoy movies, plays, and concerts on my terms free of the annoying accompaniment from cell phone rings programmed to the William Tell Overture, Take Me Out to the Ball Game, or Anchors Aweigh.

No, I haven’t become an Amish convert just yet. But, a few more “smart phone prayer” interruptions just might push me over the brink to a horse and buggy conversion. It really might be rather enjoyable to slow down and totally disengage occasionally, contemplating life rather than having it force-fed as if drinking from the electronic equivalent of a fire-hose. Just call it step one of a Twelve Step “get off the grid” program.