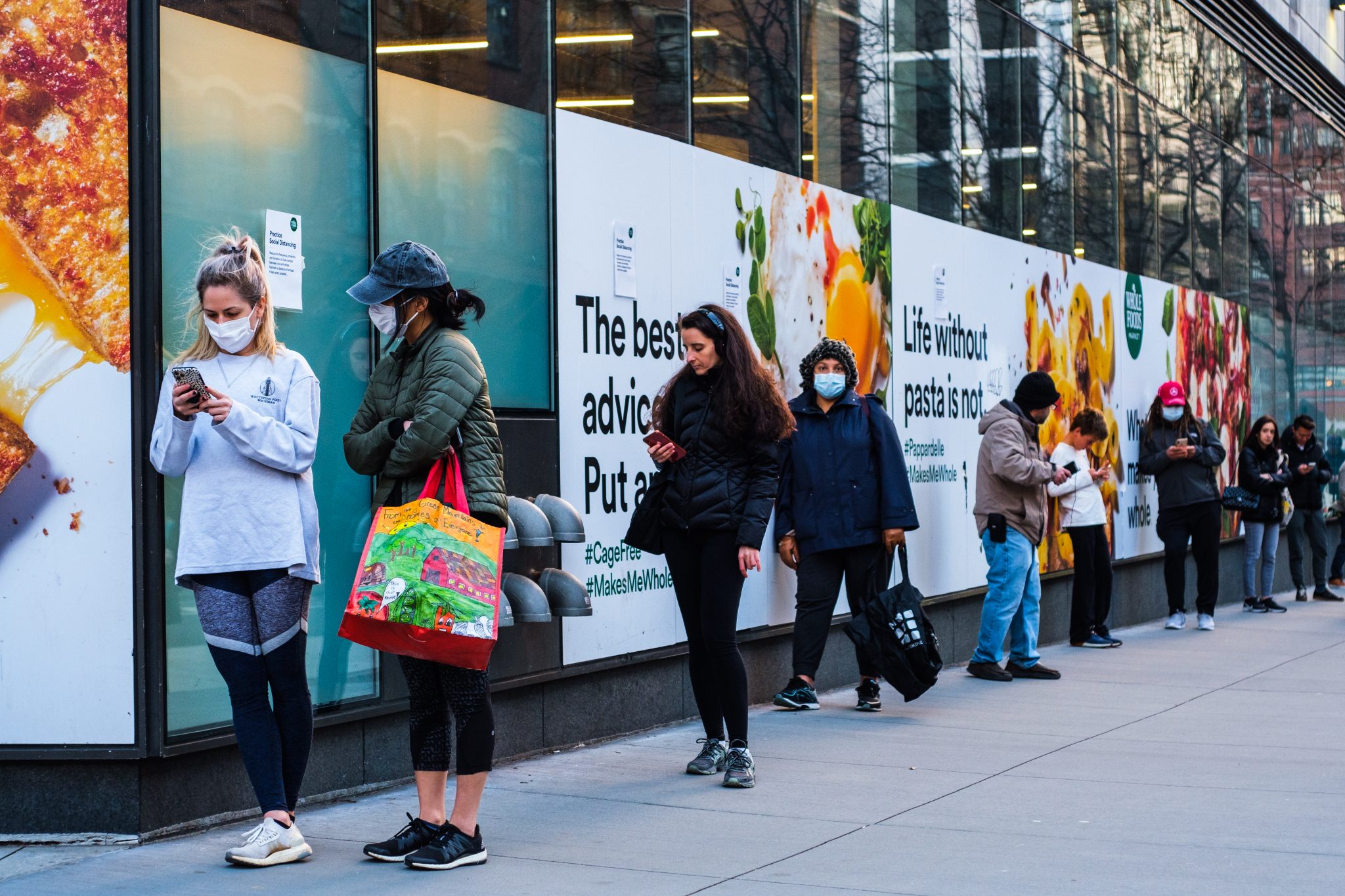 Religion and superstition are widely derided by millennials. My generation, here at the knife’s edge of the human race, has moved beyond those rote actions and rituals performed by our archaic forebears with the aim of appeasing the unseen, inducing good fortune, and warding off evil. We easily see the logical fallacies of organized religion and point gleefully at the hypocrisy and intellectual bankruptcy of those decaying organizations. No longer do we paint lamb’s blood over the doorframe to ward off the Angel of Death; we recognize no angels and defend against death with diet, exercise, and the wonders of modern medicine. No longer do we rely on robed men reading Latin verse from ornate books on tapestry-strewn pulpits to dictate our behavior and assign our penances. We are free people of a liberal society, able to draw our own conclusions and fashion appropriate behaviors from the repository of human knowledge available at our fingertips by tapping on the touch screens of our smartphones.

Or is the instinct to worship, to have faith, to plead, and to bargain with the unknowable more deeply and insidiously embedded in the architecture of the human brain and psyche than the average millennial suspects? Perhaps we haven’t outgrown our religious reflexes so much as reclothed and repurposed them. Just like the human drive to create art may seem evolved beyond recognition when comparing crude cave drawings from millennia ago to modern films or music, the underlying instinct to perform rituals we don’t understand in hopes of influencing desired outcomes remains remarkably unchanged, though the expression has shifted.

The current pandemic provides ample evidence of the tenacity of the human tendency toward faith and ritual, as well as the destructive side effects of its irrationality. In our day-to-day lives, in how we dress and behave, in how we work (if we do at all), in our practices for procuring food, even our greetings (no more handshakes, stay six feet apart) and farewells (stay healthy!), COVID-19 has drawn out our superstitious nature. In mid-March, when life-altering edicts were being issued by the governments of state after state, their purported rationale was to “flatten the curve,” to slow the spread of infection so that hospitals would have sufficient capacity to care for the sick when the inevitable catastrophe arrived. “Non-essential” stores were shuttered, schools were closed, curfews were implemented, and some states even banned the sale of non-essential items in otherwise essential stores.

Fast forward a month and many of the country’s hospitals are largely empty, and some have even closed or furloughed employees due to lack of activity. Yet this has resulted in no collective sigh of relief. On the contrary, based on news reporting and social media postings, many people appear to have forgotten that the initial rationale for these lockdowns was to ensure sufficient hospital capacity. This logic has been supplanted with the destructive conviction that survival from the plague will be granted only to those who can stay secluded the longest and that any infraction of this mandatory isolation by individuals will precipitate divine retribution upon the larger populace.

The general population’s embrace of face masks is akin to embracing a talisman or charm: it might not help, but then again it might, and it certainly won’t hurt.

Social media has been rife with posts showing protests being held throughout the country in response to government lockdowns and the consequent economic ruin. The responses to these posts are replete with condemnation and outrage that the protesters would dare leave their homes to congregate, as if any violation of social distancing edicts will by default trigger the wrath of a vengeful god and spread the virus. Never mind that many of these protests are quite small, or that the people condemning the protesters are presumably not present at the protests themselves and so of little risk of catching COVID-19 from one of the protestors, or that the accepted wisdom from the implementation of the lockdowns in March was that everyone would eventually get the virus despite lockdown efforts. What then does it matter if one protester gives it to another on a State house lawn? Why is this an unacceptable mode of the inevitable transmission? Is it only moral to contract COVID-19 by touching an essential item on the shelf of an essential store?

In fact, it is our behavior in the essential stores, the grocery stores and pharmacies (and, perhaps somewhat tellingly, liquor stores), where we are closest to the wrath of our new gods, that the new genuflections and crucifixes are most on display. Essential stores are the new churches, synagogues, and mosques. Like the old gods of those familiar holy places, the virus is present in every part of our lives, but in the essential stores it is present — well, a bit more.

Throughout February and March we were told not to cover our faces and mouths with masks or clothes. For common people to cover the face was an affront. Use of face masks would do nothing to prevent infection, and masks were needed by doctors and nurses in the soon-to-be inundated hospitals. And then — like prophets waking from a fevered dream with a revised edict from the almighty — the “experts” revised, or, more accurately, completely reversed, the rule: faces were now to be covered at all times in public.

In a matter of days the slight foot traffic in the few stores open near where I live became entirely masked foot traffic. Drivers alone in their cars and solitary individuals walking their dogs down deserted residential streets wore face masks. I have read no scientific estimate of the likelihood of contracting COVID-19 while walking outside without other people around you, or of being infected while alone in your car, though it would stand to reason the chances of both would be fairly minute. It has been advertised that wearing a face mask does little to decrease the wearer’s chances of infection, but rather the mask is more effective in decreasing spread if the wearer is already infected, potentially making masks a useful tool in curbing asymptomatic transmission.

The problem with religious fervor eclipsing rational thinking is that the momentum of supernatural terror, once instilled in a population, will outlast any rational application and cause devastating consequences.

But the degree to which transmission is reduced by masks is subject to continued experimentation and debate. The efficacy of homemade face masks — repurposed scarves, t-shirts, or other household fabrics — has even less scientific support, with the CDC website noting that the capacity for homemade masks to protect health-care workers is unknown. In light of the lack of scientific support, mandating that people cover their faces in public — especially given that the same authorities urged people to do the opposite weeks earlier — seems less like a rational and necessary action to slow the spread of a disease and more like an additional edict issued by officials who are becoming accustomed to issuing unsupported edicts. The general population’s embrace of face masks is in turn akin to embracing a talisman or charm: it might not help, but then again it might, and it certainly won’t hurt.

The problem with religious fervor eclipsing rational thinking, even when the fervor ostensibly arose from scientific analysis, is that the momentum of supernatural terror, once instilled in a population, will outlast any rational application and cause devastating consequences. We see this in the way that lockdowns have outlasted their original intent of “flattening the curve,” and even persisted for more than a month in areas that had little or no curve to begin with, resulting in unprecedented mass unemployment and destruction of prosperity.

We see it in American citizens being arrested for infractions of our stay-at-home penances in instances where the activities they’re engaging in have little to no chance of transmitting a virus, such as paddle boarding on an empty ocean, playing catch with their children in an deserted park, or driving alone in their cars. I have heard friends and coworkers describe trips to grocery stores during which they go through three pairs of sanitary gloves: one worn in the grocery store and discarded before loading groceries to the car, another pair for the drive home, and a third pair for carrying groceries into the house. I have observed teenage cashiers ensconced at their registers behind makeshift barriers of plastic wrap and cardboard pylons. I have been handed pens to use to tap my PIN number into debit card scanners, pens gloved cashiers have then taken back and thrown into buckets of bluish disinfectant after my one-time use, buckets filled with droves of other discarded pens.

None of these actions are those of a rational citizenry who have accepted the inevitability of eventual virus transmission, but who are still doing their best to “flatten the curve.” They are the actions of frightened people attempting to appease something they cannot see and do not understand, using tactics they have been taught — and seem to have largely misunderstood — by an ordained elite who are themselves proven more wrong by the day in their original assessments of this invisible threat and the appropriate responses to it. All the while the visible fruits of our until recently liberal society and formerly explosive economy are sacrificed and burned, the smoke drifting up to the stratosphere in hope of appeasing our new and terrible gods. And like so much fruit and treasure burned in sacrifice by our superstitious ancestors, the smoke just drifts and dissipates, while the treasure is gone forever.