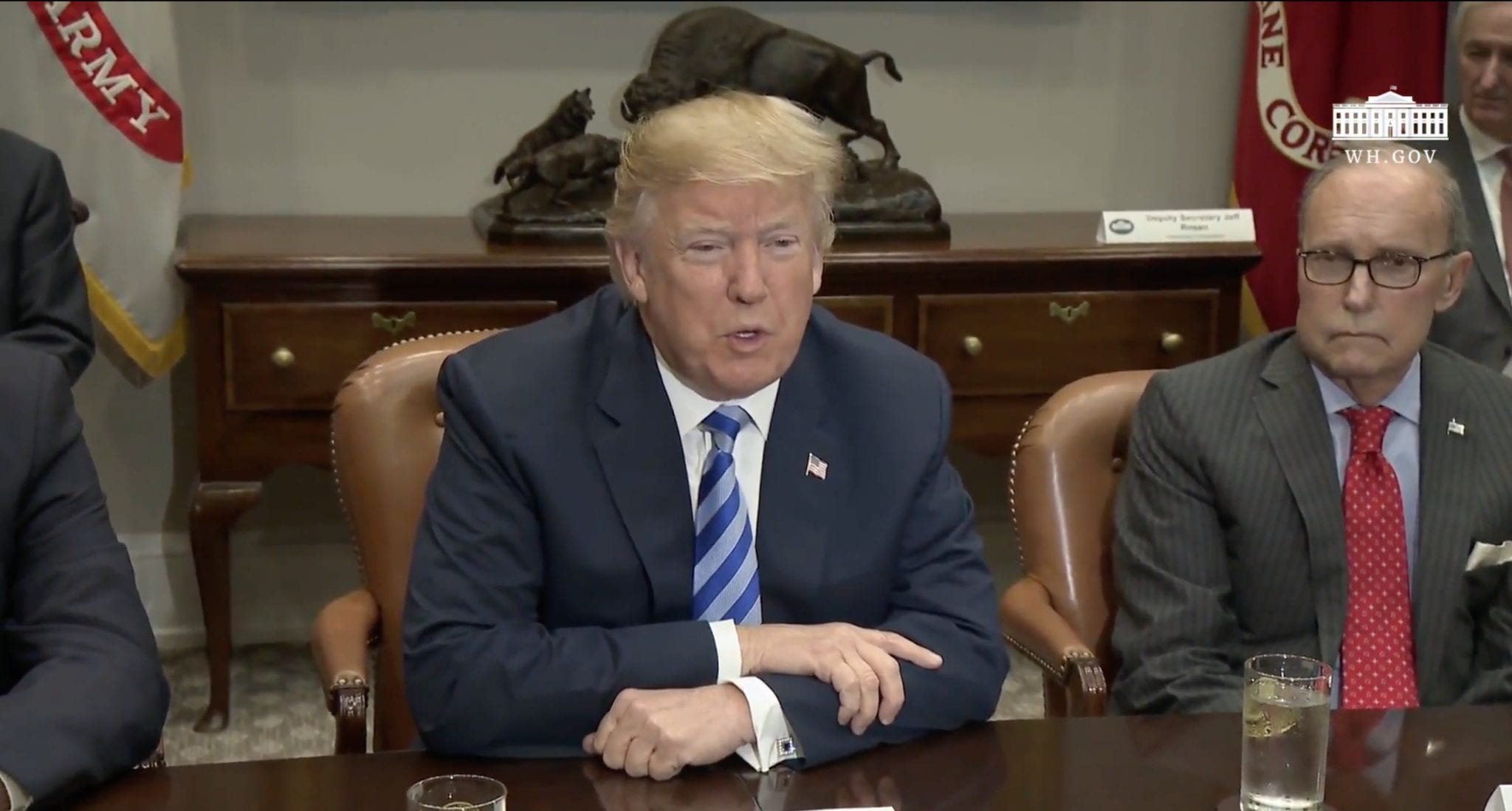 While President Trump has framed his tariffs as a method of protecting American businesses and jobs, General Motors on Friday became the latest company to warn that move could backfire.

The company said those tariffs on cars and parts used to manufacture cars domestically could drive up the price of vehicles by thousands of dollars and lead to “a smaller GM, a reduced presence at home and abroad.

“The threat of steep tariffs on vehicle and auto component imports risks undermining GM’s competitiveness against foreign auto producers by erecting broad brush trade barriers that increase our global costs, remove a key means of competing with manufacturers in lower-wage countries, and promote a trade environment in which we could be retaliated against in other markets,” the company said in comments submitted to the U.S. Department of Commerce on Friday.

GM said one of two things is likely to occur after the tariffs are implanted: either prices must increase or companies must attempt to absorb the increased costs. Neither scenario is rosy — customers may not be able to afford the more expensive vehicles, leading to a decline in sales and a resulting loss of jobs, or companies trying to bear the burden will be less inclined to push the automotive industry forward.

“If prices are not increased and we opt to bear the burden of tariffs or plant moves, this could still lead to less investment, fewer jobs, and lower wages for our employees,” GM said. “The carry-on effect of less investment and a smaller workforce could delay breakthrough technologies and threaten U.S. leadership in the next generation of automotive technology.”

GM spokeswoman Dayna Hart told the New York Times job cuts are “something that could happen,” but added the company has no current contingency plans for those. “We are still assessing the impact,” she said.

GM employs 110,000 workers in 47 manufacturing locations and 25 service-part facilities across the U.S.

GM, other automakers, and various trade groups have cautioned the president about his trade tactics and the fallout they could cause. His administration has already placed tariffs on imported steel and aluminum, with Chinese goods about to be hit with $34 billion in additional levies. China, Mexico, Canada, and the European Union have all vowed retaliation.

Now the administration is considering tariffs of up to 25 percent on cars and components used to manufacture them. Many American automakers use imported materials to build their cars.

Commerce says it has received about 2,500 comments on the issue. Final comments are due by July 16, with hearings expected to take place July 19 and 20.

Toyota, which builds its Camry sedan in a Kentucky plant that imports about 30 percent of the materials used for production, told Commerce the cost of that vehicle would increase about $1,800 with the tariffs.

Comments that Trump made at the G7 summit indicate he’s playing the long game, hoping the budding trade war results in the lifting of all tariffs by America and its allies and less picking winners and losers by governments.

“Ultimately that’s what you want,” he said. “You want a tariff free, you want no barriers, and you want no subsidies. Because you have some cases where countries are subsidizing industries and that’s not fair.”

The war-game rhetoric was on display when Trump said Harley-Davidson had “surrendered” and “quit” by planning to move some of its production outside American borders to avoid the retaliatory tariffs by the European Union. Trump threatened that the iconic motorcycle manufacturer “will be taxed like never before.”

While Trump hopes for a win in the long term, experts warn about the effects of the short term.

AutoTrader.com analyst Michelle Krebs warned that “if there’s a full-blown trade war, it will be pretty tough for the auto industry and consumers.”

She said that car prices and interest rates already rising will make a tariff hard to stomach for the average consumer.

A Trade Partnership study from May said gross domestic product would actually decrease 0.1 percent with the auto tariffs. The domestic automobile sector would see a boost of 92,000 jobs, but other sectors would see a net loss of 250,000 jobs due to lower consumer spending and higher costs.

“It’s contingency planning on a massive scale — supply-based planning, logistics planning, vehicle-build location planning,” Lee said. “This is not trivial, and it’s been going on for awhile.”