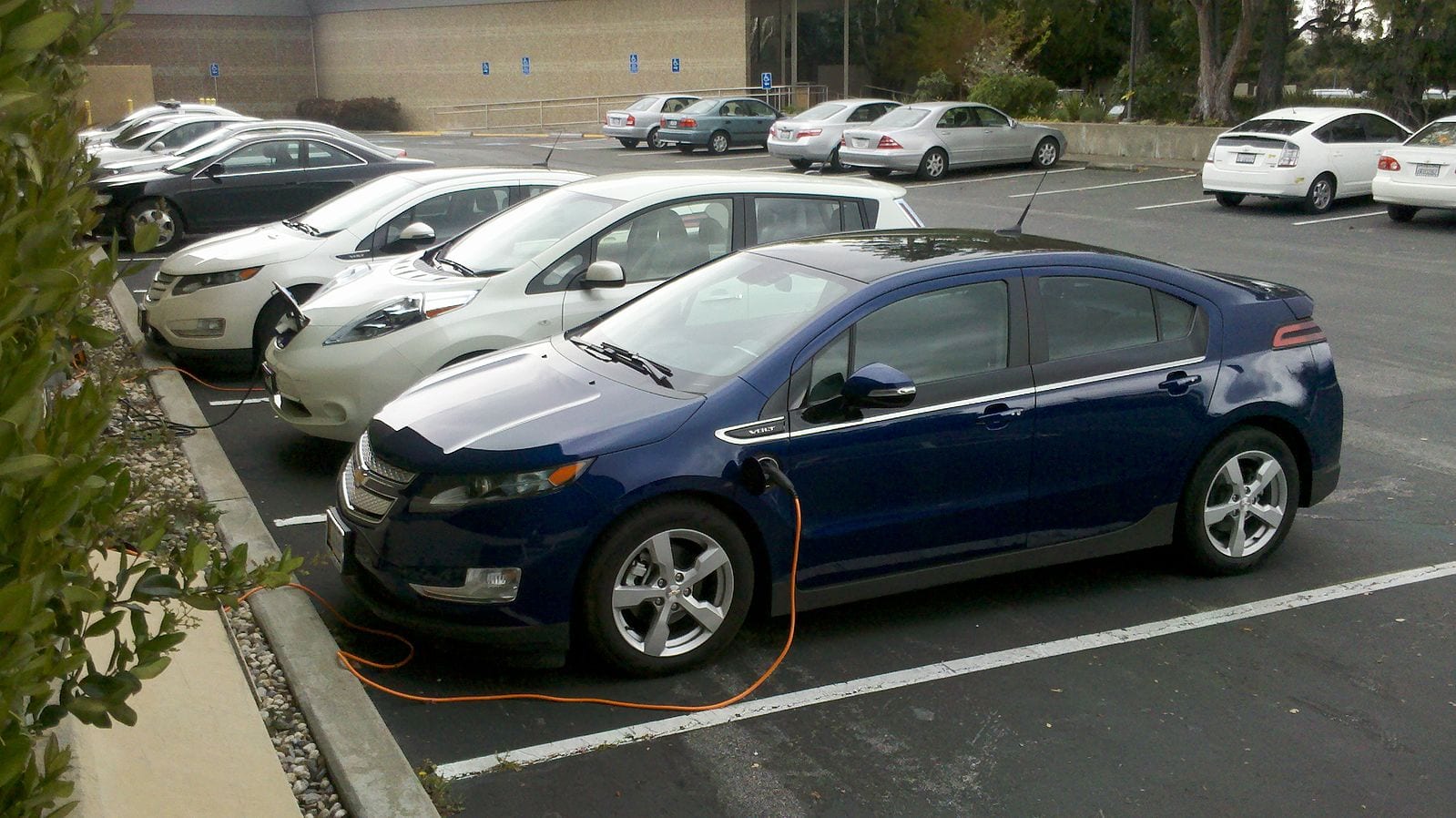 If electric cars are such a grand idea, why is GM killing off the Chevy Volt? It’s the one electric car that actually did make some practical sense, at least.

Four hundred-plus miles without stopping and regardless of the weather (other EVs are badly gimped by extremes of heat and cold). Same time to get back on the road as any other car, too.

Other than all the other electric cars, that is.

The Volt is an electric car you don’t need to plan your life around; that you can just get in and drive — on the spur of the moment — and regardless of the state of the battery pack’s charge. If you forgot to plug it in before you went to bed — or just didn’t have time to wait for it to recharge — no worries.

So what’s the problem?

It is only 99-point-something percent “zero emissions.”

Worst of all, it has a tailpipe.

The Volt is the only electric that solves the range/recharge problems which beset all other electric cars by carrying a generator along with it. There is a very small gas engine — not used to power the wheels but to feed volts back into the Volt’s battery pack, which is what powers the electric motor that makes the car go. The small gas engine kicks on as necessary — when the battery’s charge is running low. So that you can keep on going.

It isn’t connected to the accelerator pedal; it does not rev. It runs at a steady RPM, feeding electricity to the battery pack — very much in the manner of the emergency generator you wheel out when an ice storm downs the power lies.

The Volt goes 50-something miles on a fully charged battery — “zero emissions,” like other EVs. But unlike other EVs, it is not limited by its state of charge, nor does it take comparatively forever to recharge. It can be plugged in, if you like — just like any other EV. But it can also just be driven, without waiting for anything.

Also, it is not dependent on above-freezing weather to recharge.

All other EVs are — because their battery packs cannot be recharged if it’s below freezing outside or you can’t find a place inside that’s above freezing. This is a function of battery chemistry that will remain a serious EV limitation until — and not unless — a different type of battery than those currently available is developed.

The Volt’s gas engine warms up the car, as well as recharges the batteries which propel the car.

But the fact that it has an internal combustion engine, however minimal its combustion (and its emissions) and no matter how deftly its presence eliminates the two (the three) most crippling functional problems that come with the key fob to an EV, it gets no love from the nudgers of other EVs.

Sure, it’s expensive vs. otherwise equivalent non-electric cars. But so are other electric cars. Most even more so. The Volt’s base price — $33,520 — is only about $3,500 more than the base price of the least expensive EV on the “market” (in air quotes because there is no real market for EVs; just the fake one created by government mandates) which is the $30,000 Nissan Leaf.

And the Leaf has a best-case range of 150 miles — a range you’ll see only if you drive slowly, in warm weather and without the AC running. If you drive the Leaf at highway speeds, in the winter — with the heat on and the headlights and windshield wipers and AC/fan on (to clear the windshield) — it will not go 150 miles.

It will also have to stop, regardless — and then you will wait for the minimum 30-45 minutes it takes to instill a partial charge back into the batteries at a “fast charger.” This is another function of battery chemistry. “Fast” charging is hard on the battery — reduces its useful life — and thus the safeguard of the partial recharge, to about 80 percent capacity.

Put another way, you lose 20 percent of the best case range.

So the Leaf’s real range is about 120 miles. Its best case range. Sunny — and slow. Turn down the AC.

The Volt goes 400 miles — almost four times as far — and takes a couple of minutes to refuel. Isn’t hobbled by weather or use of necessary accessories such as the AC and heat and windshield wipers.

But it isn’t 100 percent “zero emissions.” And that means it’s a non-starter, no matter that it works. It does not count toward the “zero emissions” production quotas being imposed on the car industry, which means on us.

It’s not just the Volt, either. The reason the Volt’s brilliantly practical system hasn’t been adopted by other EVs — to make them acceptably functional, at least — is because of the “zero emissions” idiocy, which smacks of a hysterical religious cult more than anything else.

A vehicle that is 99-point-something-percent free of emissions ought to suffice — if the real cause for the hysteria is in fact emissions. But it’s not. Emissions is the excuse. If other EVs ever become practical — and heaven forbid, affordable — then a new excuse will be found to crush their larynxes, too.

Meanwhile, GM has also canceled another eminently practical car — the Cruze — which just happens to be the only passenger car remaining (after VW had its larynx crushed) available with a diesel engine. It cost thousands less than the Volt — and could go more than 600 miles on a tank.