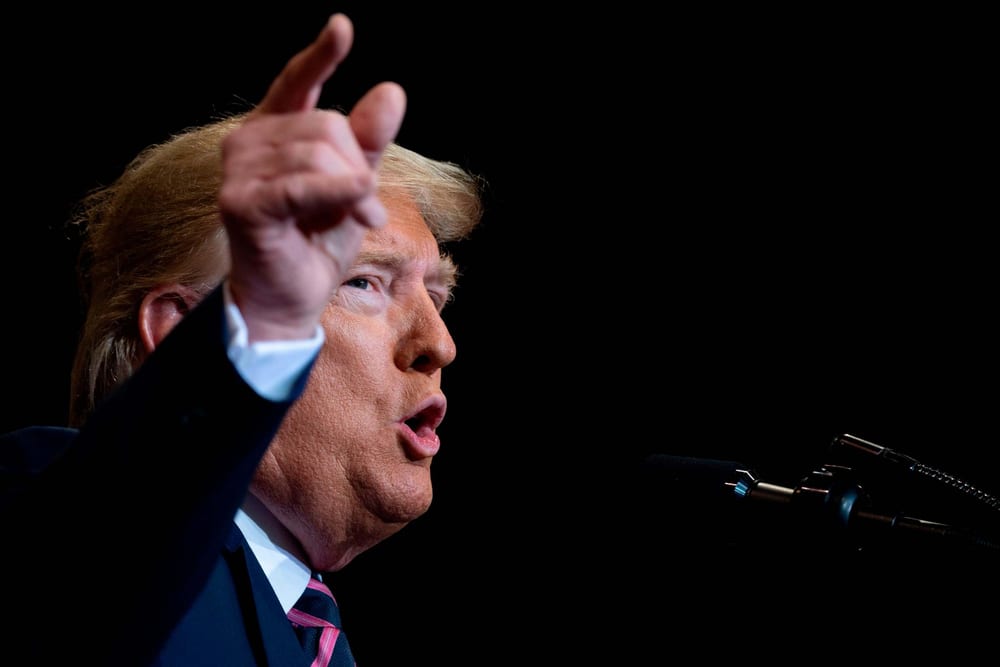 It must difficult for a preternatural optimist like the president to hear the increasingly dire news about the novel coronavirus and the COVID-19 disease. Just tonight, a new patient emerged in San Francisco who has no clear history of contacting someone in or from China or someone who contacted someone who did. This change is alarming. Still, the president soldiered through it and then answered questions. He couldn’t bring himself to agree with the CDC folks that an American-based epidemic was “inevitable,” but he did acknowledge that it was possible and that Americans should be prepared.

The press asked inane questions, as usual. The only interesting answer gleaned was that the president had “plans for bigger quarantines than China, if necessary.” What would that look like? The whole nation shut down? There was no follow-up.

When asked whether travel to Italy and South Korea would be halted, the president said it was too soon to make that decision. Both countries have lost control of the spread of the disease. The United States and South Korea will not be holding joint exercises, and one American soldier stationed in South Korea is now positive for COVID-19. How many people has he been around? An Italian working in France and one traveling to Germany carried the virus with them.

A Chinese reporter asked if the travel ban to China would be lifted soon. The president said that it wasn’t time yet.

When asked about the Summer Olympics, President Trump demurred. He encouraged Americans to be flexible with travel plans and said that there would probably be more vacationing in America.

A reporter asked the president about the criticism from Pelosi regarding his response to the coronavirus crisis. The president noted that he was called racist for implementing a travel ban to China, and he has been proven right. As an aside, remember that the president was chastised by the Very Serious Media for the diversity of the team assembled to deal with the impending threat. They mocked the need for these preventative measures.

There weren’t a lot of fine points and details in the press conference, but the president urged schools, employers, and local governments to prepare. There was a discussion of the stock market, but as Dan Flynn and Hunt Lawrence point out, the jitters are probably a combination of factors: the communist Democrat presidential nominees and the coronavirus. (Read the whole thing for a more in-depth analysis of the economic outlook with a global recession also looming.)

Hopefully, the president and his team will continue these press conferences. They would help set expectations. Wednesday’s talk acknowledged the gravity of the situation and reoriented Americans to the new reality. It also proactively sets the narrative. In the absence of information, the media will make things up.

Switching directions a bit: In the last administration, did anyone give much consideration to the strategic vulnerability America faced being so dependent on the Chinese supply chain for everything from electronic components to food and medical supplies? Candidate Donald Trump made bringing manufacturing back to the United States for security reasons a central campaign focus. He brought up tariffs and tax policy to repatriate funds and manufacturing.

It needs to be said: Donald Trump was right.

If this coronavirus is exposing any vulnerabilities, it’s America’s disturbing helplessness when it comes to necessities. Products as mundane as rubber gloves and antibiotics are almost exclusively made in China. Even allowing for friendly relations, a global pandemic demonstrates the need for at least some capability being stateside in every industry. No industry can be 100 percent outsourced. It’s disastrous. Not only could America be helpless to help itself should a nation become overcome with illness or hostile, but America also couldn’t help anyone else.

Serious thought needs to be given to keeping a certain percentage of manufacturing of every essential product in America.

No doubt, China wants to get its factories up and running, but in some cases, it can’t. The employees are sick or there isn’t enough safety equipment like masks and gloves. They don’t have enough masks and healthy people to staff the factory that makes masks. Who could ever imagined such a scenario?

Donald Trump focused on steel and lamented the strategic vulnerability. And it turns out that it’s not just steel. It’s everything. America could probably survive without flatscreen TVs for a while. Just last week, a writer said that China’s tech loss was South Korea’s gain. But guess what? Now South Korea is going to have to shut down business, too. America can’t survive forever, though, not right now.

This coronavirus is revealing just how connected our world really is. The leaders of American corporations should be seriously reconsidering their exclusive reliance on cheap Chinese manufacturing. Americans would probably be willing to pay a few more dollars for fill-in-the-blank products if it means actually having the products when trouble hits.

As the pandemic rolls on, Americans will probably be reconsidering many more system-wide vulnerabilities. As scary as the coronavirus is, it could be worse. There could be war or a more dastardly disease. The government, businesses, and citizens have an opportunity to evaluate weaknesses and implement supply redundancies. That’s a good thing. Donald Trump has been ahead of the curve.