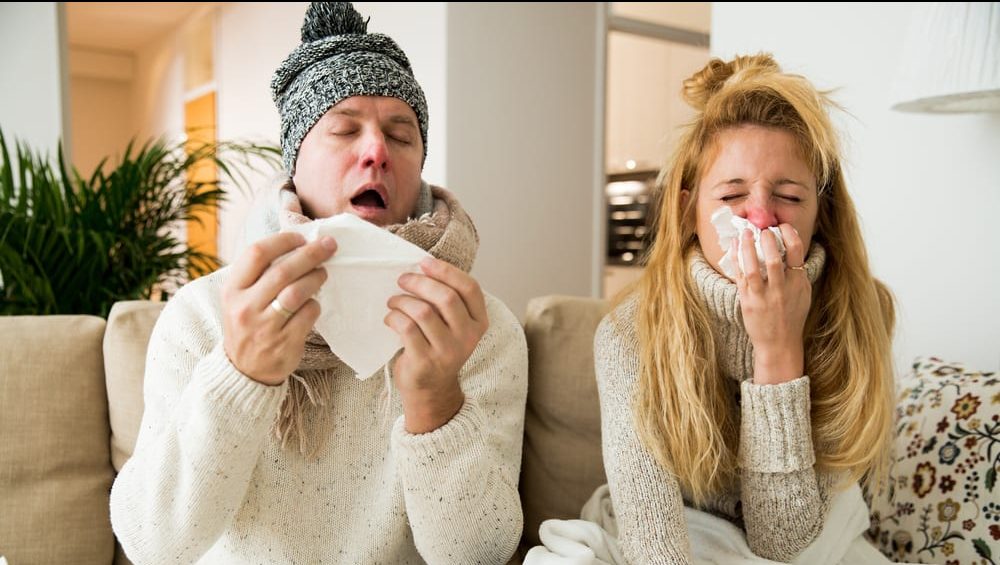 COVID-19 is a pandemic. It is, as CDC doctors (and Thanos) warn, inevitable. No one wants to say it (including the head of the World Health Organization), but it needs to be said. The Wuhan flu, aka the coronavirus aka COVID-19 with the SARS-CoV-2 disease is worldwide. It’s time to stop acting as if everything is normal. It’s time to communicate and take action.

Yesterday, the Dow dropped 1000 points. Supply chain worries are affecting almost every market. An acquaintance who works for a big German conglomerate said their supply chain is “a disaster.” Oil is off. European airlines are down 10 to 15 percent as countries close borders to Italy.

Iran is overcome, and by all accounts they’ve only recently discovered that the virus is in their backyard. Nine people are dead. If one extrapolates out from other numbers, for every one dead, there are potentially hundreds infected.

COVID-19 is in the United States, too, and not just from the quarantined cruise folks. By the CDC rules, only people who have traveled to China or have been in contact with someone who has been there can be tested. The tests the CDC sent out were faulty. The reason the United States has low reported rates of infection is that no one can be tested because only three labs are certified to do the tests.

A couple facts that should cause skeptics to sober up:

From what I can tell, Twitter and all the search engines (yes, including Bing) are throttling or outright blocking news of the virus. My sources for this article include the World Health Organization (WHO), which is unreliable (to understand why, read this American Spectator piece by Adam Jannetti), Centers for Disease Control (CDC) (the latest, here), medical journals (thank you for making them public), some news articles, and a couple infectious disease doctors, one a Harvard epidemiologist. This is direct sourcing through Twitter. Doctors are publicly discussing virus data on Twitter. This discussion is helpful as the CDC has said little that’s useful, and the WHO appears to be acting as a propaganda arm for the Chinese government.

Before getting into what actions people should take to protect themselves, a note about the state of United States politics. This is a presidential year. America’s economic engine has been humming along. People have jobs. They have food. They have homes. They have health care.

Voters are not paying attention to a virus a world away. Americans, an optimistic lot, tend not to borrow trouble and ignore it until it’s right in their laps. Add to this that Americans are exceedingly provincial. Inhabitants of an island nation tend to worry less about their neighbors. What’s happening over there doesn’t affect them here.

The incentives for President Trump and the administration will be to not cause alarm unnecessarily and to say as little as possible until it’s critical. Trump has already mentioned that summer is coming and the warm weather should help. (And he’s not too far off; warmer, more humid temperatures do prevent the spread of the flu, but moderating temperatures haven’t seemed to have an affect on this virus. It’s novel, meaning no one knows what it will do.) Flights to China are restricted. There are quarantine measures.

The hope-for-the-best and don’t-scare-people strategy, in this writer’s opinion, is a mistake. Americans should not be surprised when they are asked to make tough decisions. They should be warned that there are possible outcomes so they can prepare. A surprised populace is a fearful populace. What could some of those warnings be?

Local quarantines: For those who believe that’s unlikely, imagine COVID-19 blowing up in a population-dense area. The most sensible action is quarantine to trace the main vectors of the disease and get a grip on mitigating the spread. Quarantine is the best option.

Flight restrictions: It’s possible that outright flight bans might happen at a certain point. In fact, they probably should be in place with certain countries now. (Why are there still flights to South Korea, for example?) That will affect work, commerce, and travel between nations and will cause frustration and anger to those affected. Better to let them know it’s a possibility.

Food/supply shortages: Did you know that America gets 80 percent of its garlic from China? How about surgical gloves? Yep. Made in China. The Chinese economy has taken a drastic hit already from the virus. As shortages affect American consumers, they might panic. Better to warn them to judiciously buy supplies they need now so they’re not frightened with shipment and supply delays.

Cancelled sporting/entertainment events: It’s inevitable. It’s not a good idea to be packed in a confined space with hundreds of people when attempting to avoid contagion. It’s impossible (or nearly so) to trace the source of disease. Better to avoid the situation and spread. Note the conferences and activities already being canceled around the world.

Warning people that this could happen doesn’t mean that it will happen. It’s just preparing people so they’re not shocked.

Big cities can handle these sorts of crises well, if people are prepared. Houston, through learning the hard way with hurricanes, found a way to communicate to its residents. Houstonians are sensible about sheltering in place and being prepared. They’re methodical, reasoned, and businesslike during these times. Their practicality is well earned. They endured clogged highways, panic buying, and other stupidity due to inexperience and misguided leadership during Hurricane Ike. By contrast, the Hurricane Harvey response by locals was textbook. There were folks (and there always are) who disobeyed and caused other people to be in harm’s way, but that was heavily mitigated by good civic planning and transparent communication and trust between citizens and leadership.

Like Houstonians during hurricane season, Americans need to be wise and prepare. There’s no reason to freak out. In fact, having what you needs reduces stress and then you can go about your business without worry.

What should be done to prepare? Think like a hurricane prepper:

On the national level, President Trump and his team need to communicate clearly. There needs to be, at minimum, a weekly press conference letting folks know the status of COVID-19 in the United States. This will not cause anxiety. It will relieve it. Calm, measured information beats uninformed hysteria.

For months, the Chinese government hid information, persecuted those who tried to get the truth out, and obfuscated the the threat. And then they were overwhelmed.

America needs to be better than this. Transparency and clear communication will help Americans calmly prepare. Many are quietly doing that already.

COVID-19 is here to stay. It’s all around the world. It’s a pandemic. America will be okay, but Americans need to plan. Government leadership should start talking about it now.